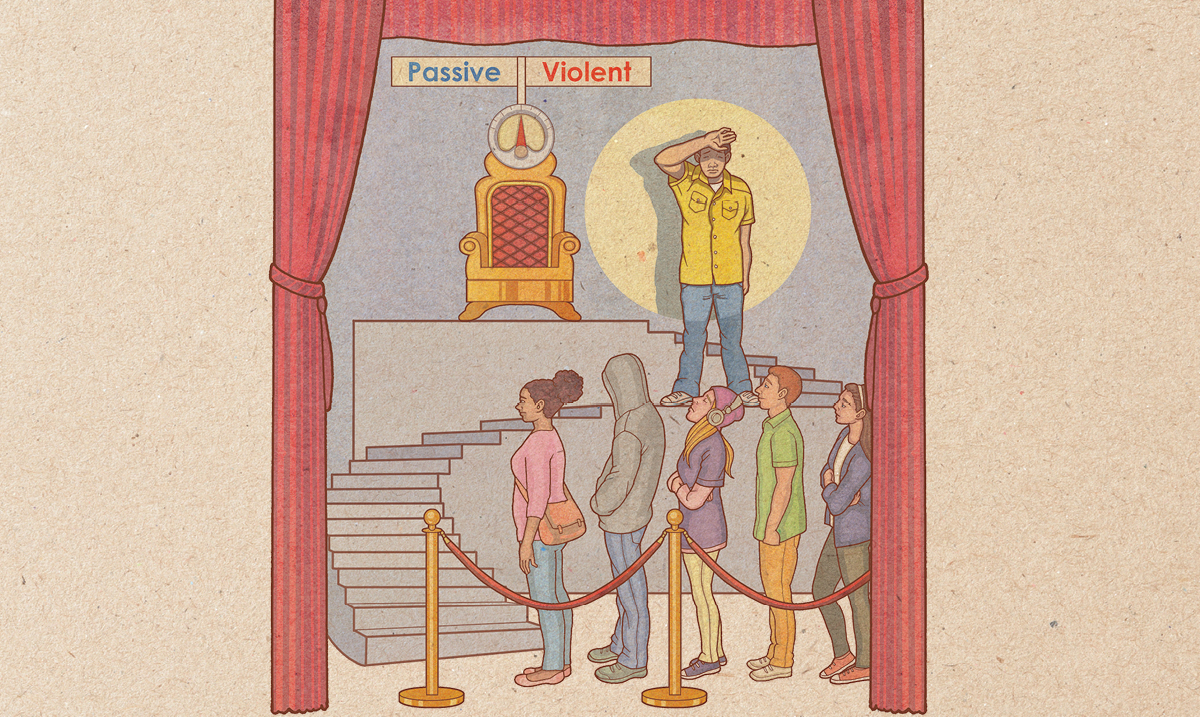 In the wake of unthinkable violence, questions abound.

Why? How? What could have prevented this?

In the search for those answers, mental illness frequently enters the conversation. Was the perpetrator mentally ill? Did mental illness cause or contribute to the tragedy? What can be done about this problem with mental illness?

But despite high-profile cases and common television portrayals, there’s no fact to the matter at all. Statistics don’t back up the ideas that many people – these days, especially – take as truth: that mental illness is somehow linked with violence.

Dr. Farha Abbasi, M.D., an assistant professor of psychiatry at Michigan State University, says she “cringes” each time she hears the association.

“I get very angry, very sad,” says Abbasi, a psychiatrist who is also the founding director for the Muslim Mental Health Conference. “That’s why I have started talking about it. I think it is so important that as mental health professionals we are always an advocate for our patients, but I think it is the responsibility of media as well to portray it accurately – not to distort or sensationalize mental illness.”

While around 1 in 4 people are affected by a mental illness, only about 3 to 5 percent of violence is perpetrated by someone with mental illness.

If a link truly existed, “We would see much more violence,” says Abbasi.

Mental illness is on a spectrum, with some people mildly affected by something like anxiety or depression and others struggling with severe cases of psychosis or schizophrenia. That contributes to the incredible complexity of the issue.

“Do we label all of them (the same)?” she asks. “It cannot be taken as a soundbite. It’s a very complex issue.”

That said, any possible link isn’t likely to be what you’d expect.

“It brings it down to a very small population disconnected from reality, having severe paranoid delusions, who can become violent under certain circumstances,” Abbasi says. “Even if you look at the severely ill, the chance of them becoming violent is 3 to 4 percent.”

When it comes to gun violence, 95 percent of cases involve people who are not mentally ill, she emphasizes. But people with mental illness are more than 10 times more likely to be victims of violent crime than the general population.

“Each one of us has the potential to be violent. It is how we control our impulses, how we make wise, informed decisions in our everyday life,” she says. “The important thing to know is that any vulnerable population put into a stressful, traumatic situation can trigger violence.”

While research hasn’t linked mental illness to violence, studies have found some common threads that do apply. These include socio-economic compromise, people exposed to trauma, people exposed to bullying and those who have experienced sexual, physical or emotional abuse.

“Trauma is No. 1, including domestic violence. No. 2 is socioeconomic status and No. 3 is (lower) educational level – 4 is unemployment,” she says. “There are multiple factors that can be triggering for a person to act out.”

The current focus on mental illness and violence is worsening the stigma, Abbasi notes, and will likely prevent people from seeking help for themselves or their children due to fear they’ll be treated differently. It’s a “vicious cycle of silence, shame and stigma,” she says, and even mental health medications are becoming stigmatized.

“We are not only deepening the stigma, but we are also darkening it,” Abbasi says. “I am very concerned about it. On one hand you have a population that’s stigmatized, that’s vulnerable – and on the other hand, this is a population with real limited access to treatment.”

“We are not applying parity to mental health, we are not allocating resources to research, we are not improving the hospital situation,” Abbasi says. “On one hand you want to stigmatize people with mental illness, make them kind of the problem of the society, and on the other hand you are doing nothing to help it. Even if mental illness was the problem, then what are (we) doing?”

For today’s parents, it’s important to break through the stigma. They should know that early intervention has proven benefits.

“Please don’t get intimidated. Don’t get overwhelmed. There is help out there,” Abbasi emphasizes. “It’s a journey, but the process has to start. The treatment process starts the day you acknowledge and accept that this is what is happening and access help.”