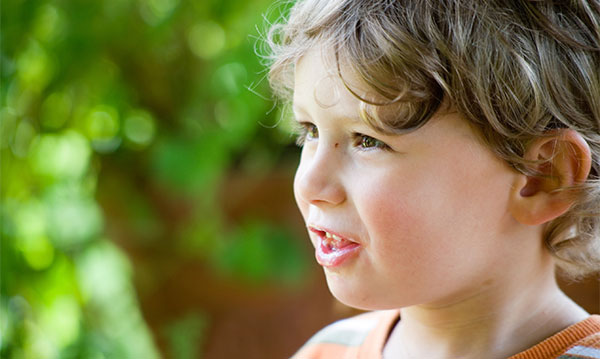 Most people know a child or two in their lives who would be considered a “late talker.”

Whether it’s your niece who seemed to take a little longer to say anything other than “mama” or “dada” or your own toddler who isn’t quite stringing words together yet, it’s easy to become concerned when a child’s speech seems delayed.

But parents often get conflicting advice about what to do. “Just give him time,” your well-meaning in-laws might suggest, sharing stories of other kids who were late talkers and eventually caught up. Others might urge you to get an immediate evaluation and have you worried that something is really wrong.

We asked a local expert for some advice on when to be concerned about “late-talking” kids. Here are some basic guidelines that parents should keep in mind.

When it comes to delayed speech, 2 is the magic number. Nancy Kaufman, a speech-language pathologist and the director of the Kaufman Children’s Center in West Bloomfield, says that’s usually the age when parents start to worry if their child isn’t talking yet.

“If a child isn’t talking by age 2, they need to have an evaluation by a speech and language pathologist,” Kaufman says. “That doesn’t necessarily mean they have a problem, but they need to be evaluated.”

Look at the whole child

Various benchmarks can be used in evaluating a child’s speech. For example, specialists expect a child to have 5 to 50 single-word utterances or approximations between the ages of 12 to 18 months, Kaufman says.

“There’s such a wide span of what’s considered to be typical,” she says. “There are children, especially girls, that might be into totally complete sentences at age 2 and then others that are barely utilizing single words. You have to look at the whole child.”

If a child is meeting other milestones, doctors are less likely to be concerned.

“If the child’s development is neurotypical in that they’re sitting up on time, they are crawling on time, they’re pulling themselves to a stand on time and then speech is delayed, we’re not as concerned as much as if the child already had a difficult birth history or if developmental milestones were already delayed and then they’re not talking,” Kaufman says.

Non-speech behavior such as playing appropriately with toys, making eye contact and showing social reciprocity is also taken into consideration, she says.

“When a person calls and says, ‘I’m concerned,’ one of the first things I want to know more about is how do they play?” Kaufman says.

Most parents are well aware that speech and language delays are often associated with autism. As new research points to signs of autism showing up as early as infancy, parents can look for other possible indications of a problem before children are even expected to start forming words.

“One of the things we really are looking for is cooing and babbling as infants,” Kaufman says.

A baby should start smiling by around 2 months and babbling between 4 and 7 months, she says.

“One of the things that is even more important than worrying about children not talking is how well they’re understanding what is being said to them,” Kaufman says. “Even by 9 to 10 months when children are crawling, they start to understand language.”

That includes understanding when a parent asks a question like, “Where’s mommy?” or says, “Go get your bottle.”

“They should also be using gestures like waving and pointing between 7 to 12 months of age,” Kaufman says.

One of the staples of autism is not being able to easily process and comprehend language, Kaufman says. Children with autism may also produce memorized phrases and sentences from a familiar video.

“Everybody’s on the alert about autism and there is more and more information about infants,” Kaufman says. “The autism evaluation teams can help with the diagnosis early, and then early intervention is so key.”

Most pediatricians will ask about a child’s speech and language development during routine well visits, Kaufman says.

Even feeding challenges can alert doctors to the possibility of speech issues, she says, including the quality of how well a child can suck, chew and swallow foods.

“The pediatricians are pretty much on board with what is neurotypical,” she says.

Pediatricians who notice delays will refer children to their local school district or a private speech and language therapist for a full evaluation. Parents can also initiate this process on their own if they have concerns.

“When parents complain that their children aren’t responding to their names or they’re not following simple directions, or they don’t have real words between 12 to 18 months and they just have jargon – they need to be seen,” Kaufman says.

The earlier intervention begins, the better.

“They should be seen as early as possible,” Kaufman says. “We see approximately 24 children with autism in our center daily. We like to start them early. We are so thrilled to be able to observe their progress.” 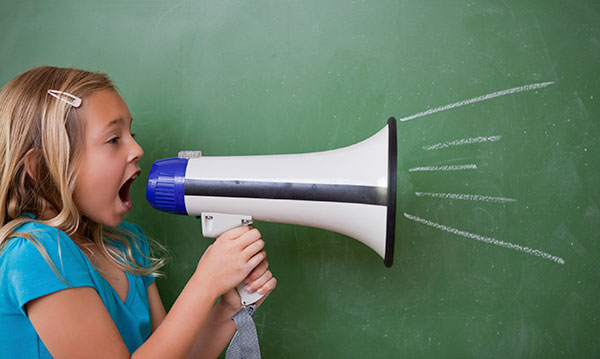 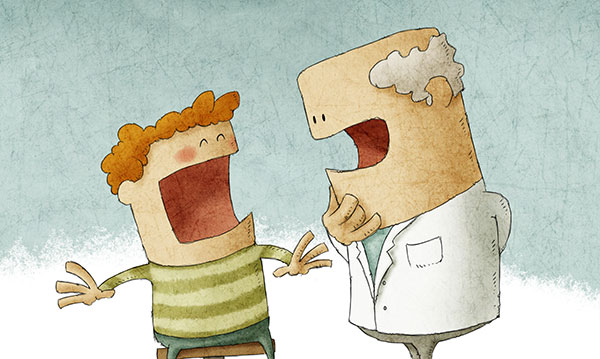