From vaccines to older age, autism has been linked to a number of different factors and while there is so much speculation, there’s one thing you know for sure: the stark statistics. According to the official data from the Centers for Disease Control and Prevention, 1 in 68 children are diagnosed with an autism spectrum disorder (ASD). Boys are affected five times more than girls, and ASD affects more than 3.5 million persons in the U.S.

And, although people have questioned the involvement of vaccines, the overwhelming majority of doctors do not believe that childhood vaccines are linked to autism.

“Parents can rest assured that no link exists between vaccines and autism,” says Beaumont pediatrician Dr. Seth Faber, one of the doctors at Orchard Pediatrics in West Bloomfield. “Of course, there is no shortage of statements to the contrary on the Internet or from the latest celebrity interview,” he says.

Faber continues, “Parents can feel confident due to an abundance of evidence that they can protect their children against infectious diseases without increasing their risk of autism.”

The Beaumont Children’s Hospital Center for Human Development’s HOPE Center provides Hands-On Parent Education (HOPE) to families of children with ASD and other developmental disorders. There are also autism centers across southeast Michigan that can help.

Signs and symptoms of autism?

Lori Warner, Ph.D., director, HOPE Center notes that ASD can have many manifestation but there are some common “red flags.” Warner says,

“Usually, families tell us that they have noticed that their children do not respond consistently to social cues, such as someone calling their name or talking to them. They may make less eye contact than their peers, and may not try to interact as much as other children.”

The following are the most common symptoms of autism. However, it’s important to note that each child may experience symptoms differently.

According to the Centers for Disease Control and Prevention, ASD symptoms may include:

The symptoms of autism may resemble other conditions or medical problems. “Many times families think their children are hard of hearing, and this is often ruled out first,” Warner says.

Want to know the early signs of autism in little ones? The following delays warrant an immediate evaluation by your child’s pediatrician:

If you suspect there is a problem with the way your child speaks, acts or plays, consult your child’s doctor for a diagnosis.

“Although early intervention is the time of greatest potential and growth, families should not assume that older kids, adolescents or adults cannot continue to learn, grow and change,” Warner says. 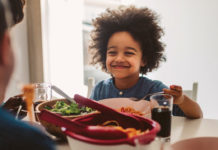 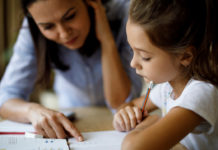