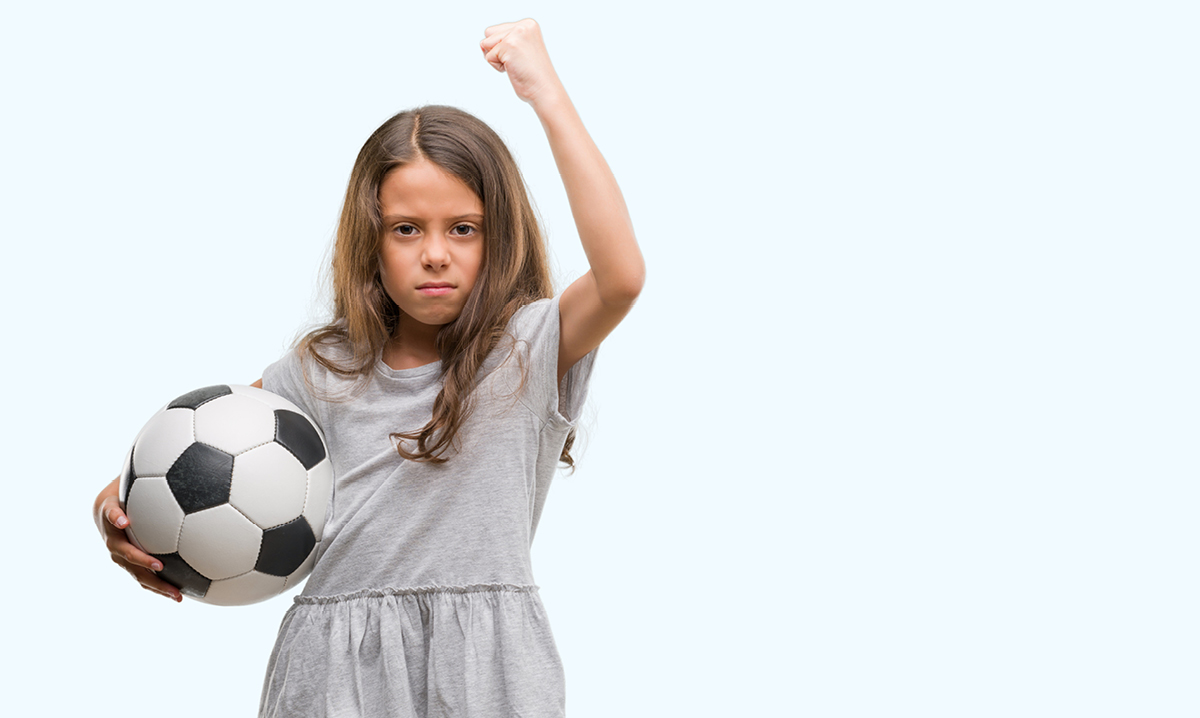 Competitiveness is a common trait in adults, and a competitive streak can often start in childhood. When parents see these tendencies spike in kids, it could be time to focus on teaching control to your overly competitive child.

While competitiveness can be easily managed in some kids, others can seem to take it too far.

Where’s the line, and what can parents do?

For starters, it’s important to first normalize this sometimes-uncomfortable feeling – and put it in context.

While some people are more naturally competitive, he adds, others aren’t. It is also possible, he says, that some families encourage competition more than others.

Competitiveness can come across differently depending on a child’s age, as well.

“It gets more sophisticated as kids get older, in more subtle ways,” Herman explains. “When you’re very small, it’s (being) competitive over something with your mom or dad,” or a sibling. At this stage it’s often “basic things,” he says; perhaps boasting they can brush their teeth or eat a snack more quickly.

That picks up steam by age 6, notes The Center for Parenting Education, when kids need to be “fastest, best, the winner.”

“But as you get older,” Herman continues, “it’s (competitiveness) over performance, and it can be comparative.”

So little kids are often competitive over a straight-up game or a sport. That can definitely still be true for older kids, too, but they also might get more competitive in nuanced areas like academics.

“I don’t want people to feel bad about being competitive,” Herman cautions. “It’s bigger than just winning and losing, but it’s why people get better at things. People get better by comparing to someone else, it gives us a reason to grow.”

Herman explains that children and teens who are competitive may use it in a positive way – to improve their basketball skills or English grades, for example, or other aspects of their lives.

When is it a problem?

“It becomes a problem when you can’t enjoy your own success,” says Herman. “Or you become resentful of other people that are doing well.”

Herman explains that some children may not handle loss well. How each child expresses this is different, but it could be tantrums or other angry behavior.

Whenever possible, it’s ideal to address these problems in kids before they start.

Herman stresses that the best way for parents or coaches to handle competitiveness is to lead by example.

“They can model this very well with how they treat other people,” says Herman. “Parents are competitive, too, with family members and friends, and they can try to be aware of that and show kids the appropriate way to be competitive.”

He also says that being competitive in a healthy manner involves learning how to lose in a more constructive way, too.

“Teach them to deal with winning and losing with character,” he says, “so they can be a ‘good loser,’ so to speak – to take a loss and not be angry or be very negative about it.”

It is also important to see where else kids are learning about competitiveness and sportsmanship, such as a coach.

“A good coach or parents would be talking to kids before things happen,” says Herman. “Talk to them and say, ‘We’re going to do our best, and whatever happens, this is how we’re going to handle ourselves.'”

An example he gives is when opposing teams shake hands with each other after a game, which shows good sportsmanship.

What if your kid is already frequently worked up, worried or seeing red? Start with small bites and offer different ideas on the path to teaching control to your overly competitive child.

Fostering self-control is one angle. Encourage kids to understand their competitive “triggers.” Taking stock and taking some time to cool off and refocus can be helpful. It helps build kids’ self-awareness, too, and curb those fast, fiery reactions.

Trying techniques for managing stress, such as body scan meditation, is another approach. This can be particularly useful for kids who hyperfocus on “failure” by getting them “out of their heads” and into the present.

Another gentle tactic? Listen up – and lighten up. Specifically, when you tune in to your child’s competitive moments and strategically use “playful responses to your child’s hunger for winning,” notes the Hand in Hand parenting site, “his sense of emotional safety will build.”

To this end, its website also offers some fun “playlistening” techniques that are especially effective with younger kids.

And remember, Herman says, to keep things in perspective.

While some kids may be more competitive than others, it’s not always a bad thing – and can be good for them and push them to do better. It’s also important for parents to set a good example when it comes to competition for their children.

“It’s just a part of who they are,” says Herman.

Why Young Kids Hop, Skip, Jump and Bounce Around