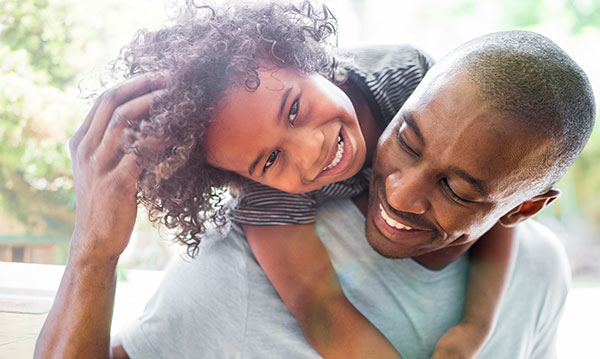 Times are changing. The number of single fathers in the United States has increased nine-fold in the last 50 years, according to a recent Pew Research Center study called “The Rise of Single Fathers.”

By contrast, the number of single-mother households increased from 1.9 million in 1960 to 8.6 million in 2011 – which, although the numbers are larger, is only a four-fold increase over the same period of time.

In this study, a “single father” refers to men who are separated, divorced, widowed or have never been married and are living without a cohabitating partner; a few are married but living apart from their spouse.

The reasons and evolution

Why is the number of single fathers increasing? According to Pew, the trend relates to more non-marital births and higher divorce rates today vs. the 1960s and 1970s.

Its study also notes that recent changes in the legal system have resulted in more fathers being awarded custody of their children. There have been other changes, too. In the past, fathers were expected to provide the income to support their children; in today’s society, men are also seen as caregivers.

According to a different Pew survey, the public believes a father’s most important role is to instill values and morals in his children.

In years past, a father’s key role was to be the breadwinner and disciplinarian in caring for his children. But modern society has different priorities. The things a dad should provide for his kids are – ranked in order of importance, according to folks who took the Pew survey – values and morals, emotional support, discipline and income.

According to the Pew study, “About six in 10 (61 percent) of adults younger than 65 say it is ‘extremely important’ for a father to provide values and morals to his children. By contrast, 46 percent of those 65 and older agree.”

Single fathers’ ranks are definitely growing in southeast Michigan, says John Langlois, president of Dads & Moms of Michigan, a West Bloomfield-based nonprofit “dedicated to bettering the lives of children in bi-nuclear families.” So have the challenges single dads face.

“Absolutely,” say Langlois, 52, of Novi – a single father himself. “In the 1960s culture, the father went to work and the mother stayed home. It now takes the income of both parents.” And the effort. “Doing both roles by yourself is nearly impossible,” he says.

Given that – and the growing numbers – you would guess there’d be more groups popping up to rally around dads and offer the support they need. Not quite. “I don’t know of a single organization that’s primary mission (is to) support single fathers,” says Langlois, who’s dad to Nolan, 24 and Tori, 15.

The lack of resources makes it difficult for single fathers performing duties suited to dual-parent homes. Paid work, housework, childcare and arranging leisure activities weigh solely upon them. It’s a lot of mental energy, too. “Four-to-10-year-olds need to be fully watched. Little kids (are) a real struggle,” he says.

“There is not enough time in the day,” adds Langlois when asked if he often feels rushed.

He says gender roles are changing because “both parties are doing everything they can to survive.” Children need to see their fathers in many roles, including family time, paid work, housework and leisure, too. Kids model after their parents; they will follow your lead.

That means letting children experience their single fathers as human beings, too. “While (kids) are a large focus of their lives, they are not the only focus,” Langlois says. So it’s important kids see dad work and take time for himself, too – which can sometimes mean battling feelings of guilt.

Ultimately, building in self-forgiveness is important too, Langlois says. “Life as a single parent is about managing failure,” as he puts it. “Compartmentalizing your day.”