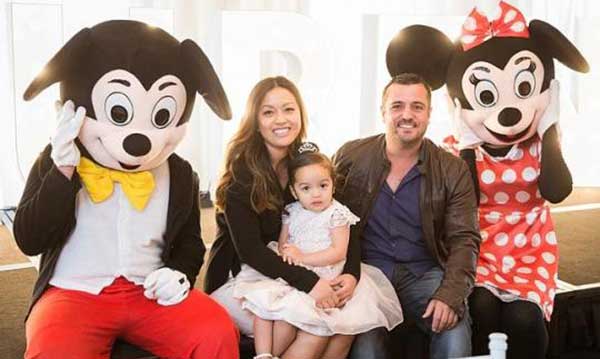 Themed parties can be pretty expensive, and every parent wants to do something a little different for their child because let’s face it: the party is not just for the birthday boy or girl.

Eric Lembo and Trang Nguyen, parents in Perth, Australia, threw their daughter, Lauren, a 220-person third birthday party, according to the Perth Now Sunday Times. The Disney-themed party came with a price tag that would eclipse most weddings, but loving parents believe it was money well spent.

Let’s talk about lavish. The $39,000 (in American dollars – nearly $50,000 in Australian dollars) included extravagant decorations, food and entertainment. Lauren’s name was lit up in giant glitter lights and the venue was decked out in white decor with bold pops of color.

And it was worth it for his daughter’s reaction. “She thought it was amazing,” he says. “Her face lit up.”

All was grand until the price tag of this party was released on Perth Now’s Facebook Page. The article was shared over 300 times and has nearly 2,000 comments. Dad finds himself having to defend his decision to throw such an extravagant party. Commenters like Lavanya Kulasingam were upset saying there are less fortunate people in this world and “you just want to show how heavy your wallet is.”

Most of the commenters spoke in disapproval, but there are many that support dad’s decision.

“They had an awesome time, as did I. Eric and Trang are lovely, generous people. All of this hate and judgment is more offensive than what they have done, which is celebrate a birthday for their daughter with the people they love,” says Nicole Cuevas, whom attended with her two kids, in a comment on the Perth Now’s Facebook post.

So, is this an appropriate amount of money to spend on a child’s third birthday, or any birthday? Will she remember it? Probably not. I think the parents wanted to have a joyous occasion with family and friends, and their only daughter’s birthday is a reasonable excuse to have it. I don’t believe this couple is trying to weigh their wallets.

Dad spoke about the mean comments about giving the money to charity instead by saying he regularly donates to charity. After all was said, dad replied saying he can’t wait for Lauren’s big day next year and he plans to throw a party just as swanky. Is it really necessary? I don’t think so. The only party I had was when I was 10 years old and it was a bowling party with pizza and soda. Of course I wanted my birthday at Chuck E. Cheese’s because that was the coolest place to me at the time. I would much rather have had that than a marquee venue and scallops, which is why I think it was more for older guests, but still a fun time for all.

What do you think of this party? Would you spend this kind of cash on a shindig for your kid? Comment below with your thoughts.