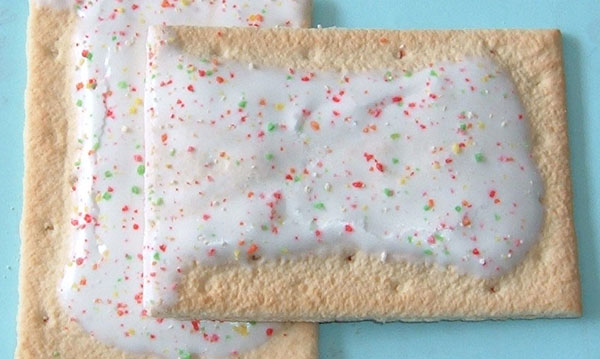 These days, it seems like everyone is a fitness guru. Check out your Facebook and Instragram feeds and you’ll see loads of “bodybuilders” who are all about clean eating and exercise. Recently, we found two parents from South Carolina who we think get the award for taking that healthy lifestyle to the extreme.

James and Crystal Driggers were arrested and charged with neglect, The Daily Beast reports, after they forced their daughter to live in a tent because she ate a Pop-Tart.

“On Thursday morning, according to the sheriff’s office, the iron-pumping parents banished the girl to the nearby woods, which are stomping grounds for wild hogs,” The Daily Beast adds.

The parents provided her with toilet paper, a flashlight, a watch and a whistle. If she wanted to eat, she would have to walk to the fence near the home to retrieve a cold can of SpaghettiOs.

The 14-year-old girl was supposed to stay out there for a week, but the girl’s grandmother came to the rescue on Thursday night when it was storming. Grandma texted her son, but he got irritated because she interfered with the punishment.

“After the child was returned home later Thursday night and police talked with the parents, the child was sent back outside,” NBC News reports.

This isn’t the first time the parents have punished their 14-year-old daughter. The Daily Beast reports that they ordered her to do yard work during a heat wave and mom even cut the teen’s hair short as punishment for another offense.

With this last incident, the parents apparently wanted to make the girl feel homeless. But why? All she did was eat a Pop-Tart. And even if she is a problem child like The Daily Beast reports her dad telling police, we do think this punishment is a bit harsh – and insane.

Also, why do these fitness nuts have Pop-Tarts in their house, anyway?! Practice what you preach! It’s almost laughable how dumb this is, but I also feel terrible for their daughter. Clearly, she’s living in a bad situation.

What do you think about this punishment? Tell us in the comments below.