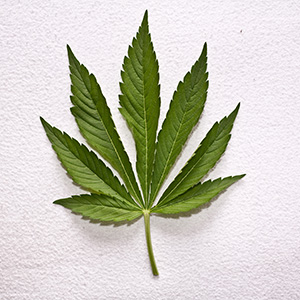 A trio of Florida moms with very ill children has set their sights high. When they realized the options for treating their children with cannabis – specifically, a low-THC, medical-grade oil version – was limited, they teamed up to form CannaMoms, a group devoted to spreading knowledge of marijuana. They want to create more options for parents like them when it comes to treating ailments with the drug, or at least alleviating some serious side effects.

But whether the state law on this controversial topic will wind up on their side, not to mention public opinion, is still in question.

The moms – Jacel Delgadillo, Moriah Barnhart and Renee Petro – have each had their share of struggles as they watch their children cope with different diseases and try to find the right regiment to help them.

Delgadillo's son, age 3, has severe epilepsy that causes him to have seizures up to 300 times a day, WLRN, a public radio/TV station in the Miami area, recently reported. Petro's son, who's 12, also suffers from a seizure disorder called F.I.R.E.S. And Barnhart, whose daughter is also 3, has "aggressive brain cancer."

Since Barnhart put her girl on a cannabis oil treatment – which she reportedly had to move to Colorado to legally start – Dahlia no longer needs a feeding tube and got her appetite back, mom told WLRN, despite also undergoing chemotherapy. Plus, her tumor is reportedly shrinking, which Barnart also credits to cannabis.

The other two women have tried different drugs to help their sons, WLRN notes. Petro has used "legal hemp oil," among other things, The Tampa Tribune reports. And for her child, Delgadillo went so far as to try potassium bromide – a veterinary drug.

"Honestly, I am not really quite sure for the side effects, because when I look it up I have to read on the point of view of an animal," Delgadillo told WLRN.

Petro's son's condition has been controlled with a drug regimen, the report goes on, but this causes him to have hallucinations and depression so severe that the tween asks his mom if he can commit suicide.

A look at the law

Either from experience or future hope, all three moms believe cannabis is the most viable solution for their kids. Their problem is the law.

Right now, the use of medical marijuana is limited in Florida. In 1991, a state district court of appeal decided medical marijuana can be used to treat debilitating illnesses in cases where there is no safer treatment.

That could change. Florida's legislature is pondering a bill that would legalize a non-smokable marijuana called "Charlotte's Web" for medical purposes, WLRN notes, which limits the amount of THC – a chemical some researchers say is important for different levels of therapy. Voters will also decide on the larger marijuana-legalizing Amendment 2 this November.

Though steps in the right direction, the CannaMoms argue it's still too little.

"We hope that sharing our stories will help other parents to utilize the most compassionate choice as the first resort," Barnhart told WTSP 10 News, in the Tampa Bay area.

The moms have drawn support, yet opponents of cannabis legalization argue that the drug is dangerous and should remain outlawed, even for medical purposes.

And, while anecdotal evidence about medical marijuana for kids can be compelling, others point out that there isn't a lot of research on it yet.

"Scientific evidence for routine use of marijuana is severely lacking," notes a statement from Children's Hospital and Clinics in St. Paul, as reported in TwinCities.com/Pioneer Press. That doesn't mean it can't work, it adds, but "because there are no clinical trials to rely upon, we do not know if it is a safe and efficacious treatment."

On a larger scale, some groups worry about marijuana, period – regardless of its form or consumer's age. One Florida anti-legalization group, "No On 2," went so far as to claim that approving the amendment would cause date rape through pot cookies and brownies, reports WPTV of West Palm Beach in Florida.

That accusation was met with at least one face palm. "If you're going to make statements like this, then at least be intelligent enough to get the facts right," Stacey Hartwell-Fields commented on the article. "Educate yourselves; this is an amazing plant that is healing disease like cancer, hep-c and many others, not to mention pain relief and the seizures it is controlling!"

Nevertheless, these mommas look like they'll continue to fight for the treatment they think their babies deserve.