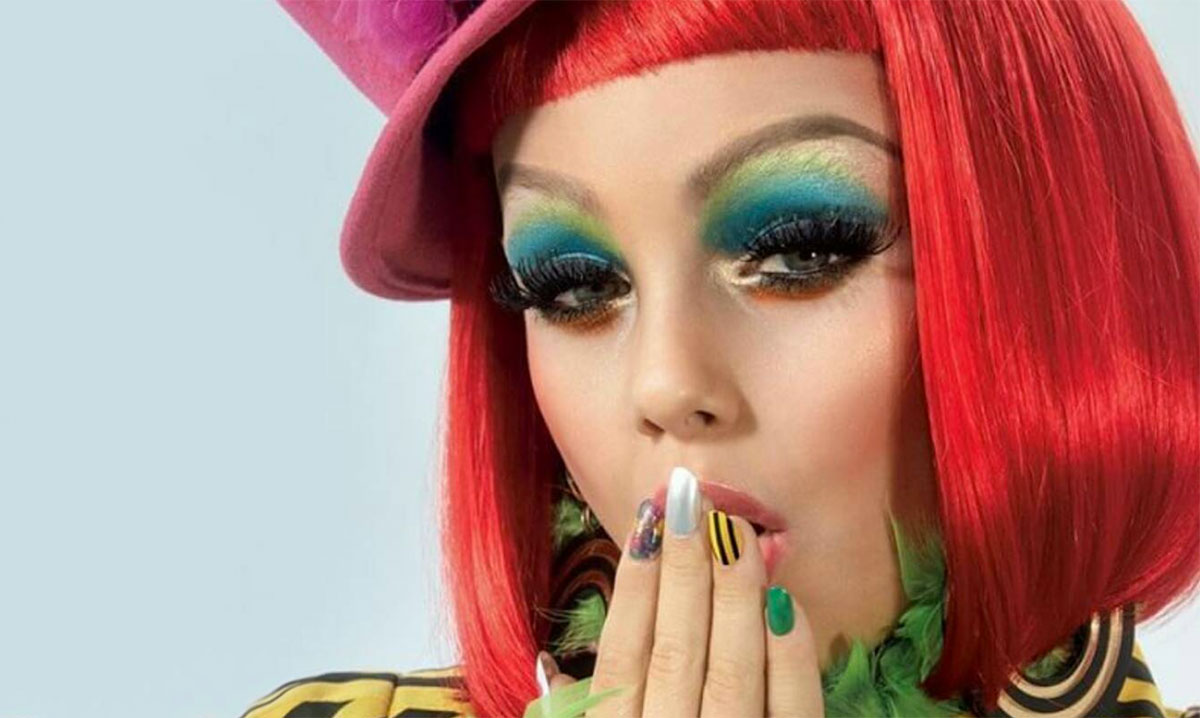 Surrounded by sparkly pasties, spiked body harnesses, lingerie and other bondage equipment on the Etsy shop House of Mann is a photo of a 9-year-old dressed in drag.

The photo of the child, whose real name is Nemis Quinn Mélançon – and is sporting a sequin bodysuit – has gone viral, and now the owner of the store, Brandon Hilton, is receiving major backlash for posting the image to his shop’s site.

Hilton had been following the 9-year-old – who goes by “Queen Lactatia” when dressed in drag – on social media before the child’s mom, Jessica Mélançon, reached out to Hilton.

According to Huffington Post, “Lactatia’s family had previously connected with Hilton about his involvement with Drag Queen Story Hour, a movement in which libraries bring in drag queens to read books to children in an effort to create space where children can interact with LGBTQ people.”

Since Hilton’s clothing line got its start in drag costume, Huffington Post adds, Hilton thought it would be nice to give Lactatia something original to wear. Instead, the child picked out a flashy one-piece off the site’s online shop, so Hilton had it made in a smaller size.

Mom then took photos of Lactatia in the bodysuit – and that’s the pic that has caused all the uproar.

Per usual, people took to social media to share their opinions on the picture. Most were offended that the apparel shop would even consider having a tween model some of their clothing. People started making accusations about Hilton being a pedophile because of this and also accused him of child abuse.

What people tend to overlook at are all the other media outlets that have posted pictures of Lactatia: Teen Vogue, Paper Magazine and Elle Magazine, just to name a few. In all of those outlets the child is dressed in full makeup, wearing a colorful wig and either a dress or a boa. House of Mann had the child in a one-piece outfit that had some sequins on it, so what’s the big deal?

Hilton felt the same way about it and had to defend himself on Twitter and Instagram, where he has received numerous complaints and death threats.

“If you can’t handle a kid in a sequin onesie, maybe the future isn’t for you,” he told Pink News. “We are a menswear and drag queen clothing company and Lactatia is a new face with a bright future ahead of her; it makes sense that we would dress her!”

Some people agreed with Hilton and the child’s parents – and thought that this outfit and the photo’s placement – among pasties and body harnesses – on the site weren’t really a big deal.

“It’s a sparkly onesie? Like … a sleeper? I’ve seen more suggestive clothes in dance competitions and no one cries pedo at those,” one commenter said.

Other commenters were outraged when they saw that a child was dressing this way, and that the parents would even allow them to do that.

“The abuse is putting him in women’s clothes and parading him before the public. It’s appalling,” one commenter noted.

Would you let your child dress in drag? Why or why not? Tell us in the comment section below.