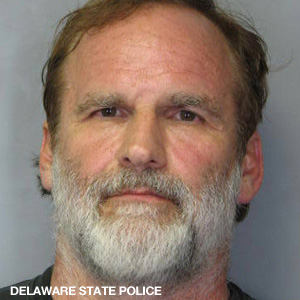 For many years, Delaware doctor Melvin Morse was known for his extensive research on near-death experiences in children. Not only had he authored New York Times bestsellers on the subject, but he also appeared on national TV shows like Larry King Live and The Oprah Winfrey Show.

But this week, Morse was in the news for a very different reason.

After an incident in July where Morse was accused of grabbing his 11-year-old daughter by the ankle and dragging her across the driveway, the girl told police in a follow-up interview last week that Morse had "waterboarded" her at least four times since 2009.

Waterboarding is a form of torture in which a captive is forced to inhale water into the sinuses, pharynx, larynx and trachea. This technique has been used by U.S. interrogators in the past when attempting to obtain information from terrorists.

Police have speculated that Morse may have been experimenting on his daughter because of his work involving children reaching a near-death state, according to Fox News.

Morse's wife, Pauline, allegedly witnessed some of the waterboardings, but police say she did nothing to stop it. Both Morse and his wife were charged with several felony counts Aug. 7, but have been released on bail, according to CBS. Their preliminary hearing is set for Aug. 16.

But Morse says that his daughter is making up the claims, and that she has a history of fabricating complaints and crimes when upset at family members.

Court documents have also revealed that, in the past, Morse fought with depression, substance abuse and suicidal thoughts. His relationship with his ex-wife was troubled at times, and he reportedly owes tens of thousands of dollars in back taxes, despite earning a six-figure income at one point.

Still, the latest controversy has shocked and appalled many. Anna Crawford comments on the Inquisitr, saying that Morse should suffer waterboarding, himself, for what he has allegedly done.

"He deserves to have his head held under water and drug face-down in the gravels! After he receives this punishment, then he needs to be hung! At least locked up with no hope for ever seeing daylight again!" Crawford says.

Webwoman78 isn't as sure about the validity of the daughter's claims.

"The kid could be all drama and exaggerate, too. I've known some kids to be liars," Webwoman78 comments on the ABC news article. "Trial by media is not the answer."

The state's division of family services is caring for the daughter and her 5-year-old sister, and the parents have been ordered to not contact each other or the children.