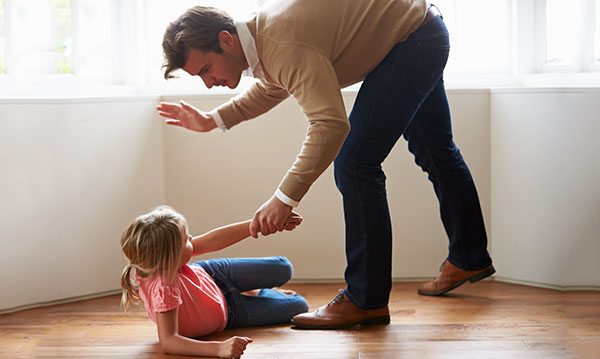 Spanking your kids is now officially banned in France.

The new “Equality and Citizenship” bill, voted in by the French parliament on Dec. 22, 2016 outlaws all types of corporal punishment along with other “degrading, cruel and humiliating” treatment of kids by their parents, Today.com reports.

“Ending cruel, degrading or humiliating treatment is an indispensable component of a comprehensive national strategy for the prevention and elimination of violence against children,” Marta Santos Pais, a United Nations child protection expert, said in a statement in support of the law, according to Today.com. “It lays the foundation for a culture of respect for children’s rights; safeguards children’s dignity and physical integrity; and encourages positive discipline and education of children through non-violent means.”

France is the 52nd country to make spanking illegal, according to Good Housekeeping. A few of the other countries that have banned it include Ireland, Sweden, Norway, Germany and Brazil.

The research on spanking seems to support France’s decision. Various studies have shown that spanking is ineffective, can lower a child’s IQ and ability to learn and can lead to low self esteem, aggressive behaviors and other concerns, Today.com reports.

But according to the nonprofit Child Trends, about 94 percent of parents of children ages 3 to 4 in the U.S. reported having spanked their children in the previous year. The same report points out research on negative outcomes from spanking like delinquency and substance abuse and how the number of problem behaviors in adolescence is linked to the amount of spanking a child receives.

The longstanding spanking debate rages on all over the country, including here in metro Detroit. In October 2016, Metro Parent published columns from two local moms – one who’s in favor of spanking and one mom who says she would never spank.

“Spanking your kids is necessary for their mental, emotional and spiritual growth. There is a difference between appropriate discipline and abuse,” one commenter wrote, in part, in response to the pro-spanking perspective. “As a Christian, I MUST try my best to raise my children in a Godly manner; the Bible tells us that if we withhold discipline, we hate our child. If we discipline our children, it’s because we love them.”

On the other end of the spectrum, some parents say spanking violates trust in the parent-child relationship and can cause long-term damage.

“Spanking is a short-term solution. Long term it teaches that physical abuse is ok,” another commenter wrote in response to the same post.

“Above all, it removes the notion of a threshold: There is no small or big violence. There is violence, full stop,” Dr. Gilles Lazimi, an anti-spanking campaign leader in France, reportedly said about the new bill.

It seems like France – and the 51 other countries that ban spanking – probably have have the right idea. Despite the practice being so widely accepted here in the U.S., the research just isn’t on our side.

What do you think of France’s ban on spanking? Do you think the U.S. should make spanking illegal? Tell us in the comments.