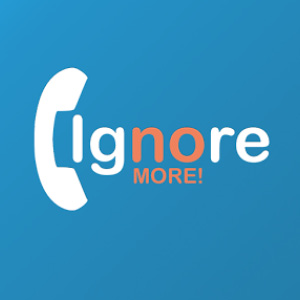 Does it even feel like contacting extraterrestrial life would be easier than reaching your teen by phone? Well, one New York mom got so tired of her teens dodging her calls, she created an app to make it impossible.

Sharon Standifird spent months working with a developer to create the smartphone app, and now, Ignore No More is available for Android. With the touch of a button on a separate device, parents can lock their child out of his or her games, messages, contacts and other applications. The only thing left accessible is a list of parent-approved numbers, including 911.

Once the phone is locked, the only way to unlock it is with a password – only known by the parent who locked the child out. In order to regain full access to the phone, the child must call the parent to get the password.

As far as alleviating the notorious "ring, ring, voicemail" problem, the app seems to get the job done. But to some, it serves as an excuse to avoid parenting.

"How about establishing a relationship of trust and respect?" Tim Crowley, a commenter on CBS New York writes. "I feel sorry for parents who feel they need to keep their children on this type of leash. Parenting is a lost art. 'I'm going to give you this tool, but since I don't trust you enough to use it properly, I am going to retain control over it and your communications.' Sad."

More disturbingly, others suggest a need for such an app will cover a deeper-rooted issue between parent and child.

"This is terrible and extremely controlling. If I had dealt with parents like that, I would get rid of my phone all together. Shutting down their phone if they do not answer will only serve to exacerbate the problem because it does not address why they are ignoring their parents' calls," another CBS New York commenter, GPKurt10, writes.

Is it borderline bullying? Not to everyone. Some take the stand that "if I pay the bills I make the rules." CBS New York quoted a New Jersey mom as declaring, "So much for my daughter saying she didn't get my text." Others take it a step further, wondering why parents simply don't take the phone away.

Still, Standifird has seen some success with app and told CBS New York that it seems as though her son responds more quickly than he did before. And like-minded parents seem to look forward to trying out the new app.

"Some kids have phones for safety reasons, and to take them isn't an option," Brandy Nabors wrote on Time Magazine's Facebook post on the subject. "I'll be downloading this!"

Ignore No More is available on Google Play for $1.99.