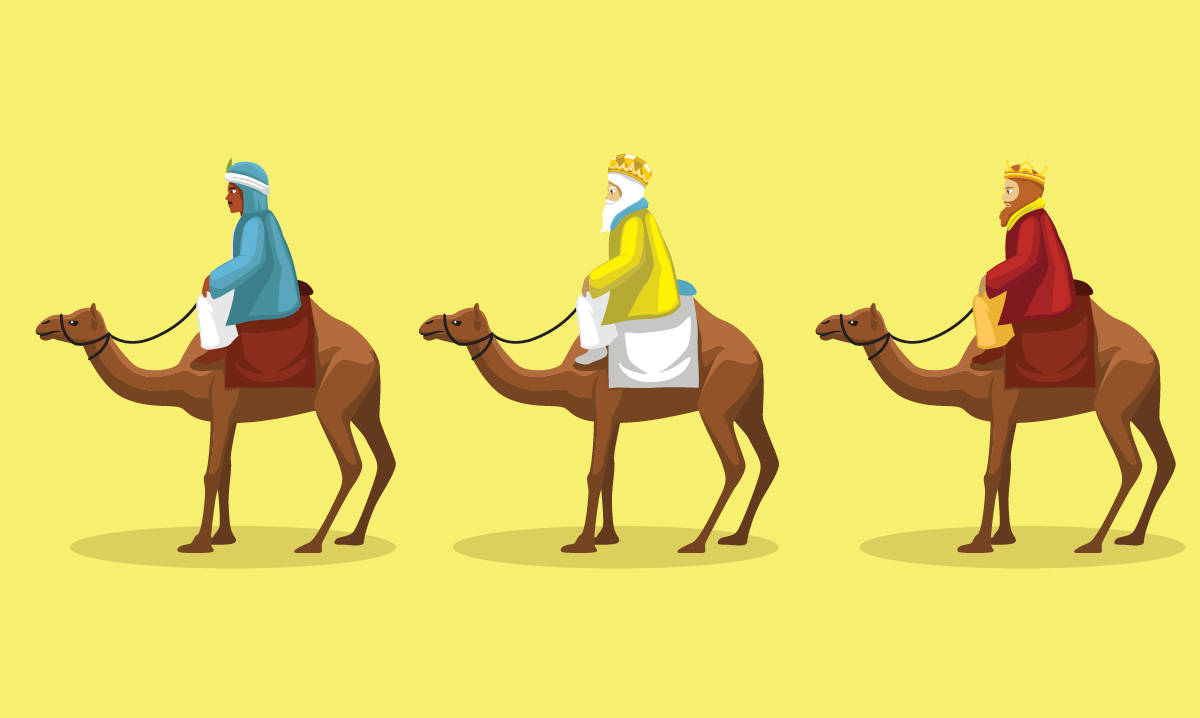 It’s that time of year. The most wonderful time of the year, as one carol gaily reminds us. But also the time of year when the “Merry Christmas” vs. “Happy Holidays” debate rears its head in some way, shape or form. (Just ask Starbucks.)

Personal sentiments aside, one thing’s for sure: The situation tends to get extra heated when the religious roots of Christmas get tangled up with public places.

This time around, the place in question is a public elementary school here in Michigan. And the issue is a 40-some-year-old tradition.

See, each year, Newaygo Elementary erects a large Christmas display on its school roof. It features the iconic three wise men riding upon their camels. The wooden figures are hoofing towards a tower that bears a light-up star in its top window.

As the famous story goes, the Magi are toting their gifts of gold, frankincense and myrrh to bestow upon the newborn baby Jesus, a central figure in Christian faiths.

And, for several decades, this small town of under 2,000 – located about 37 miles north of Grand Rapids – warmly welcomed its three kings, presumably without issue.

That is, until the stoic trio finally stumbled on backlash in 2018.

A group called the Michigan Association of Civil Rights Activists apparently received a complaint from “an area resident,” says a report credited to WXMI and CNN.

In a letter sent to the school board, a MACRA rep named Mitch Kale wrote, “We’ve asked the school to remove what is in essence a nativity scene from the top of the school and from school property,” the report notes. “If this were on private property, it wouldn’t be an issue.” Separation of church and state and all.

However, there was an even bigger issue. The locals had beef – with MACRA.

“Please, leave our wise men alone,” said local parent Michael Burns during public commentary at a school board meeting on Dec. 10, according to an Associated Press report. “Look away if it offends you.”

The school board was inclined to agree. It unanimously voted to keep the display, the AP notes, backed by strong community support.

Now, that’s not always how this goes. Back in 2015, another more elaborate nativity scene was stricken from a prominent riverside location in Grand Haven, also in Michigan. Some folks were bummed to lose a tradition since 1965, but city council opted to sidestep a potential lawsuit.

But back to Newaygo. Without getting into the nitty-gritty, you can read up on both sides of the debate from two decidedly different sources: the Christian Broadcasting Network and spirituality-focused website Patheos’ “Friendly Atheist.”

For the time being, anyway, the Magi endure atop Newaygo Elementary. But should that ever change, the town reportedly has a backup plan brewing.

According to WZZM in Grand Rapids, before the positive verdict rolled in, supporters were looking into getting permission to place the display “on a tall hill” on private property on the north end of town.

Till then, to cite another song, it appears all is calm and bright. More or less.

What are your feelings on the three wise men display and the debate over whether it should or shouldn’t appear on a public school? Share in the comments.