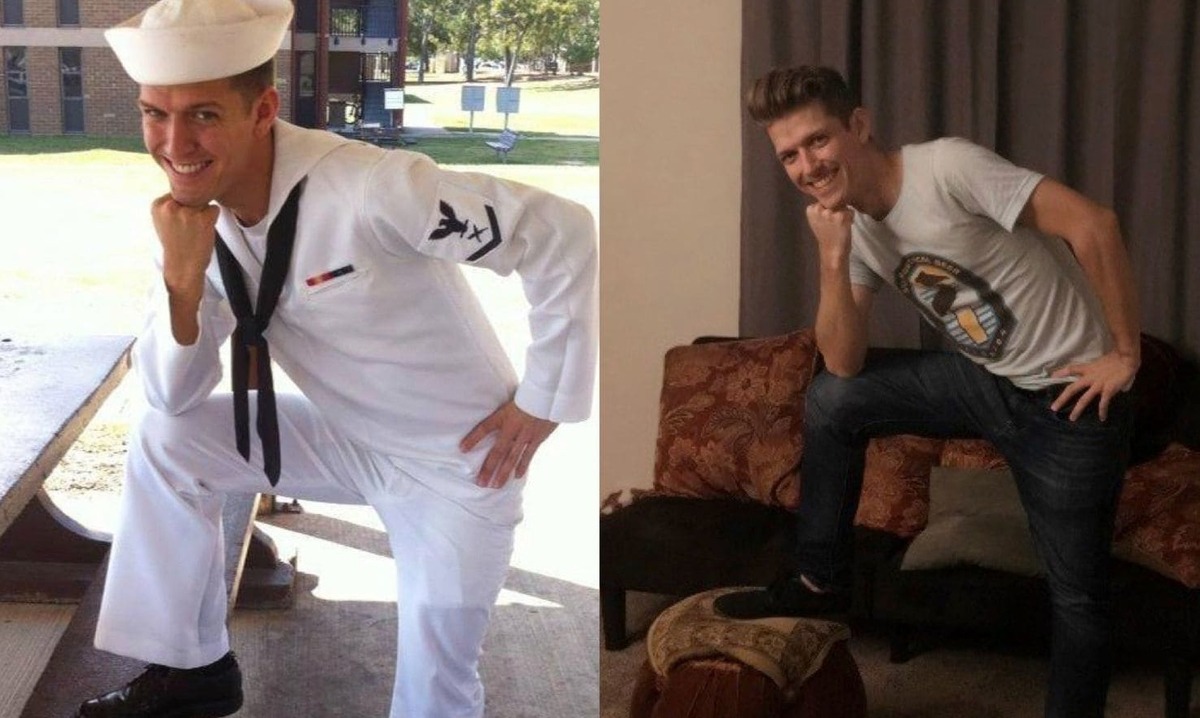 Who knows when your mom is going to decide to post that embarrassing baby photo of you, naked in the kitchen sink, to her timeline in the middle of the day? Or what about that yearbook photo from sophomore year when your foundation was two shades darker than your neck?

Your mom doesn’t find it embarrassing, of course, because no matter what you look like, you’re still her cherished little baby.

This is what happened to Pieter Hanson, a student at the University of Central Florida and Navy veteran. While taking a marketing exam, his phone started continuously buzzing – until he was sure that something terrible had happened, The Washington Post reports.

But, instead, his mom unintentionally turned him into a viral Twitter meme.

The tweet, which since has been deleted (along with the mom’s page), included a photo of Hanson posing in his Navy uniform and said:

“This is MY son. He graduated #1 in boot camp. He was awarded the USO award. He was #1 in A school. He is a gentleman who respects women. He won’t go on solo dates due to the current climate of false sexual accusations by radical feminists with an axe to grind. I VOTE.”

Then his mom added “#HimToo” – catapulting him into the #HimToo movement as a poster boy. The antithesis to the empowering #MeToo movement, #HimToo has recently come to the forefront, especially after the recent Supreme Court confirmation hearings of Brett M. Kavanaugh. It brings about feelings that men are frequently victims of false sexual assault accusations and that many accusers are liars.

But Hanson is definitely not a supporter of the #HimToo movement – and actually considers himself an ally of the #MeToo movement, he told the Post. He adds that he isn’t fearful of “solo dates.”

It seems like Hanson’s mother felt a little too heated about the Kavanaugh hearings and wanted to fish out some sympathy from others about the – apparently false – trials her son was going through since the #MeToo movement erupted.

And not surprisingly, this viral meme really brought a lot of backlash. Within a matter of hours, #HimToo started trending and tweeters began mocking the post and creating their own “This is MY son” posts.

Hanson, hilariously, fought back with his own “This is MY son” post – under the Twitter handle @Thatwasmymom (complete with a modern redo of his chin-on-fist sailor photo).

It reads, “That was my Mom. Sometimes the people we love do things that hurt us without realizing it. Let’s turn this around. I respect and #BelieveWomen. I never have and never will support #HimToo. I’m a proud Navy vet, Cat Dad and Ally. Also, Twitter, your meme game is on point.”

His tweet really nailed it on the head. Sometimes people who love us do things, without realizing, that hurt us, especially close family members. It’s important to address the problem calmly – without hurting any feelings – and let that person know what they did was wrong. Even as the Internet is watching on.

A good start to avoiding any awkward social media posts is to talk to your mom – or any other loved one – about what embarrasses you. And definitely if you’re involved in the #HimToo or #MeToo movements.

Do you think about your children before posting something about them on social media? What are your rules? Let us know in the comments.