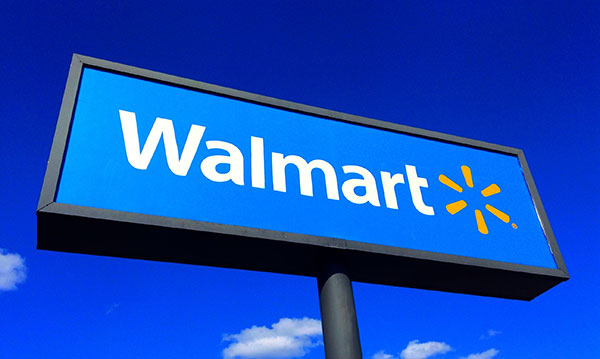 A 6-year-old boy joins in his mom’s fight at a Beech Grove, Indiana Wal-Mart and now mom is facing charges – not for assault but for neglect.

Amber Stephenson was involved in an altercation with another woman in a motorized scooter that tore up the hair care aisle at Wal-Mart. In this video on YouTube (which is not safe for younger kids!), her son is shown throwing punches, kicking and even attacking the other woman with a shampoo bottle. The brawl, which you can see more of here, lasts nearly five minutes without any type of security intervention.

Beech Grove police were dispatched to the Wal-Mart Supercenter on June 4 around 10:32 p.m. after a fight was reported. Stephenson told Indianapolis radio that she was standing up for an employee, who was a victim of a racial slur, when she got into a fight with a woman on a motorized scooter. According to store employees, the fight had nothing to do with race.

Rebecca Mills, the woman in the motorized scooter, was trying to get through an aisle when an employee restocking the shelves got in her way. According to the employee, Mills threatened her to move and shortly after Stephenson confronted Mills.

Since we weren’t there, we’re not really sure what happened, but what we do know is from the video footage taken by a bystander. Verbal shots were traded by the two women and while the employee left to get the manager for being threatened by Mills, Mills got up from her motor scooter and said “You want it? You don’t think I can get up and kick your ass?” according to Fox 59.

Soon, fellow shoppers gathered around to watch the wrestling match that was taking over the shampoo aisle. Stephenson’s 6-year-old son was with her during the encounter – and definitely seemed to get involved. Since, she has “been charged with neglect of a dependent (a level 6 felony) and contributing to the delinquency of a minor (a class “A” misdemeanor),” according to Fox 59.

She’s being charged because she ordered her son to punch Mills in the face. The people watching the fight tell him to stop and he confronts the group saying, “Do not even tell me what to do!” as seen in the footage.

Over a week after the encounter, police arrested Mills with a class B misdemeanor charge of disorderly conduct for her role in the altercation. She was released on bond, according to CBS News.

Should Mills have yelled at the employee? No. Should Stephenson defend the employee? Definitely. Maybe just not the way it went down. Stephenson should have known bringing her son into it was definitely a bad idea, but sometimes people don’t think about the consequences of their actions. It seems that she has no regrets though.

In a radio interview days after the fight, Stephenson said: “I mean he’s a little crazy kid … he’s one I don’t ever have to worry about being bullied in high school,” according to USA Today.

Both women should have handled this better – including her son. Exposing him to this kind of behavior could have a great impact on his home and school life. I’d still like to think they teach kids to use their words, not their fists and I wouldn’t be surprised if he got sent home from school for getting into a fist fight.

What do you think about this incident? Tell us in the comments below.