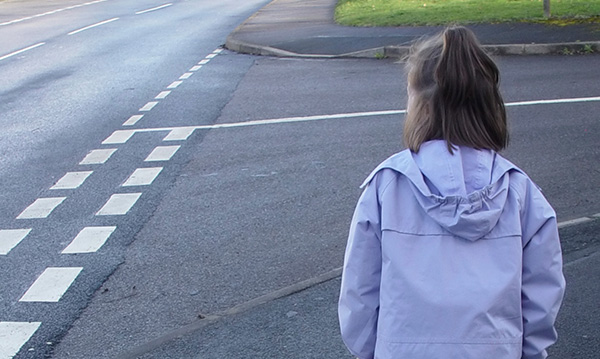 When kids are sick at school, there’s usually an entire process involved in getting that child home to recovery. Teachers are notified, parents are alerted and the child is typically picked up and taken home safely.

A Miami, Florida-area mom Danielle Maglio is furious after her 6-year-old daughter Zoe, who also has autism, wasn’t feeling well and was permitted to walk a half a mile home completely alone during the school day. According to CBS Miami, Zoe told the Everglades Elementary School security guard she felt sick, and the guard helped her cross the street to go home. But after that? The guard let the child walk home.

Have I emphasized the alone here? SHE’S A CHILD!

No wonder mom was outraged. Can you blame her? Local 10 News reports Danielle discovered this when she heard a knock at the door around 10 a.m. And who was standing there? Six-year-old Zoe.

Danielle told CBS Miami that Zoe was, “panting and scared as well,” and Zoe’s aunt Cynthia noted she was shocked Zoe was able to remember her way home. Cynthia reportedly walked to the school after the incident, and discovered school employees searching the neighborhood for Zoe, Local 10 News notes.

The Miami-Dade County Public School District later released a statement, according to Local 10 News, saying there are “guidelines in place to ensure student safety” and because the school security guard did not follow those guidelines, that employee had been fired.

I don’t think mom is wrong in being furious about this incident. I personally can’t help but put myself in her shoes and worry about all the things that could have happened to Zoe on this walk home alone unsupervised. And big deal – the security guard helped Zoe cross the street? As if that act really makes the whole “walking home alone when you’re 6 and also have special needs” situation so much more OK.

Zoe is fine, and that’s wonderful and such a relief. But, this situation is understandably horrifying for a parent!

Writer Liz Alterman over at The Stir is equally heated about the incident.

“Let’s just hope this is a wake-up call to all districts to be more vigilant, especially with children who may require additional support,” Alterman says in her response to the situation.

Commenters on The Stir’s article noted how they would be upset, as well. Perhaps The Stir commenter BR54977 summed it up best: “That’s all messed up.”