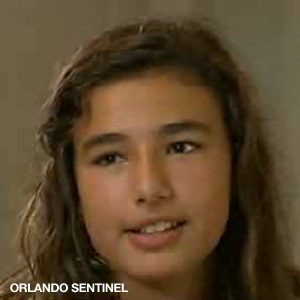 When it comes to body mass index or BMI, the Centers for Disease Control and Prevention defines it as "a fairly reliable indicator of body fatness for most people." The key word in that definition being most.

In a state-mandated attempt to tackle childhood obesity, the school composed notes labeling Lily and other students "at risk" after conducting annual BMI checks. Upon receiving one of the notes – which kids are calling "fat letters" – Lily's outraged mom quickly voiced her concerns. Kristen doesn't consider her daughter in this camp, describing Lily as "tall, athletic, solid muscle" and by no means "overweight" in an interview with her local Fox affiliate, WFTX-TV.

"Kids that see results like this test may be classified as overweight, and they aren't, may develop self-esteem issues," she told WFTX-TV.

A spokeswoman for the Collier County Health Department says parents can choose to opt out of the BMI screenings. Medical Daily reports Florida is one of 19 states that now conducts BMI checks in schools (at present time, we haven't spotted any reports of Michigan schools joining in on the trend).

But not all schools comply with their state's mandates. Mason City School District in Ohio unanimously voted to ask for a waiver from the Ohio Department of Education, saying it thinks "body mass index screenings of children is a matter better left to families," superintendent Gail Kist-Kline told MasonBuzz.com.

While health departments may think they are doing families a favor, many people have been vocal online supporting the Grassos and opposing the "fat letters."

"So was their intent to shame this girl and her mother? Did they ever consider that shame can lead to a child feeling incapable, alone and discouraged – all which have the potential to lead to more negative behavior and unacceptable choices?" MichelleO commented on a Huffington Post article.

"If this child develops an eating disorder as a result of the outrageous letter, it will be the fault of the incompetent imbecile who sent that letter home," Maggie12 wrote on an Orlando Sentinel article.

However, there are some people taking to the web to throw their support behind this school and others like it.

"They said 'Check with your doctor to be safe.' This is a really good school to be involved!!" Bellasmema commented on the same Huffington Post article.

There's no doubt that childhood obesity is a serious problem, but is sending students home with "fat letters" really the best way to approach the issue and influence change?