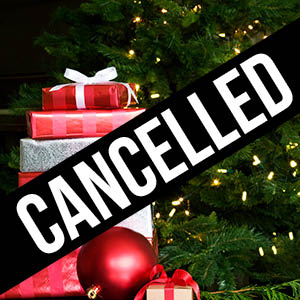 You think a lump of coal in the stocking is bad? The Henderson boys from Hurricane, Utah won't even get that this Christmas because their parents decided to cancel the holiday.

You heard that right. Lisa and John Henderson gave their boys several months to change their ungrateful and entitled behavior. When they didn't, mom decided to teach them a lesson and canceled Christmas for 11-year-old Caleb, 8-year-old Davis and 5-year-old Beckham.

Lisa explains on her blog, Over the Big Moon, that instead of getting gifts, the boys had to write to Santa to tell him to take their would-be presents to other kids that need them more. The money that would have gone toward their toys is now going toward helping other people, and the family plans to open their home to those without family to celebrate with.

The family still plans on participating in "heart-warming" traditions that focus on the reason for the season, and the boys, who Lisa says have "good clothes, shoes and so many toys they can't keep their playroom clean," will still receive a few presents from their grandparents on Christmas.

At first, the boys were upset, but have since come to terms with their parents' decision. They have even improved their behavior and aren't even sad about not getting as many gifts this season.

"They have reacted by making gifts for each other and sneaking them into each other's stockings," Lisa wrote on her blog. "They are learning exactly what we wanted then to learn, because they are not moping around feeling sorry for themselves they are thinking of others."

The anonymous Internet users of the world, however don't see this as a positive move and despite the whole "good will toward men" part of the holidays, are outraged that a mother could do such a terrible thing as cancel Christmas.

"It's a lifetime of small lessons and good examples that will teach your children to be good people," iceblue, a Daily Mail Online reader from Chicago, wrote. "Punishing them in extreme ways will only lead them to resenting you and rebelling more. This is not the way to parent your children."

Others have declared the Hendersons are a couple of Grinches that are directly responsible for their kids' behavior.

Still some, like Over the Big Moon reader Kandi, commend the parents for their actions.

"I am completely on your side! I think what you are doing is wonderful and more parents need to teach their children this! The greatest gift of all is giving," she wrote. "I wish when my children were young I would of thought to do this instead of the 'old' ways."

Sure, their parents' reactions might have been a tad bit extreme, but it seems to have gotten the job done. After all, Christmas is about way more than just gifts.