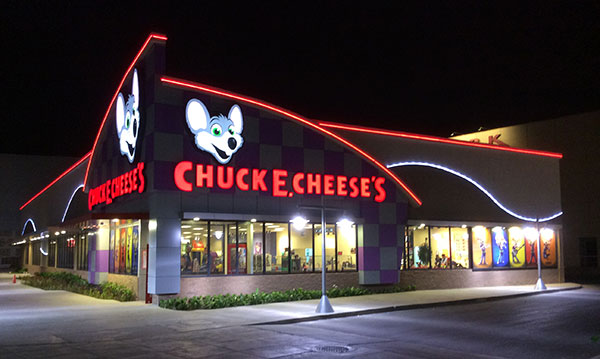 I have some fond memories of going to Chuck E. Cheese’s as a kid. I had at least one birthday party there, and I definitely attended a fair share of other kids’ parties at my local Chuck E. Cheese’s, too.

My mom was always wigged out about the place, mainly because she worried about the griminess of those tubes and ball pits likely covered in other kids’ snot and slobber (come to think of it, yeah, it’s gross).

But one thing my mom probably never worried about when taking me to Chuck E. Cheese’s? Being attacked by other parents.

Recently, at a Chuck E. Cheese’s in the Miami-area, Floridian parents went at it. Like, seriously went to town pulling on hair and throwing fists at one another, the Washington Post reports.

We’re not just talking about one parent in a tiff with one other parent (which would have been bad enough). This was a group of multiple adults. So many are brawling in the video it’s hard to count. You can watch for yourself below:

Why were they fighting? According to the 16-year-old teen who filmed the fight, it was all because, “one person was looking at them and instigating a problem – then they went up to them and their families got involved.”

These parents should be embarrassed. And in this most recent case, now they’re in the news – and forever on the Internet – for something so trivial. Plus, was anybody concerned that a child could have accidentally been caught by a punch or could have been trampled on by a violent adult? Physical harm aside, the poor kids trying to enjoy their day out to play unfortunately had to witness this lack of decorum and self-control.

All I have to say is keep it together, people. In your life – and, I feel like this needs to be said – especially when you’re at Chuck E. Cheese’s, set a better example for your kids and all the other little ones who are trying to enjoy their damn birthdays.

What are your thoughts on this most recent Chuck E. Cheese’s brawl? Tell us in comments.