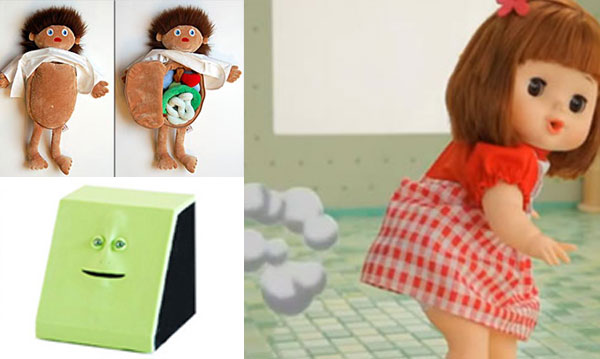 The international toy market is filled with many strange things. Sure, a lot of cultural differences may not translate, thus leading to some confusion – but, then again, many are just too peculiar not to call attention to. Here’s a list of quirky, funny and just plain bizarre toys from around the world, just in time for the holidays. 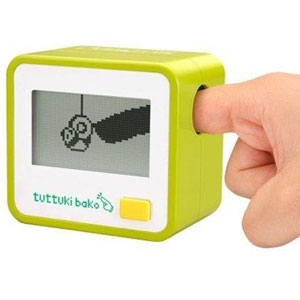 We’ve never seen a digital “pet” quite like this. With the Tuttuki, players put a finger in the hole on the side of the box, allowing them to manipulate the screen. Flick a panda bear and poke the side of a girl’s face with your digitized finger. Digital pets will never be the same. 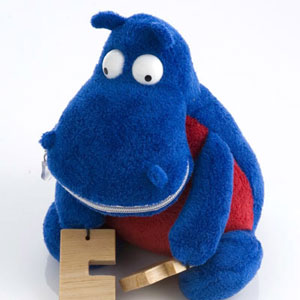 There’s a snake with an obsessive “rattler complex,” a shell-less turtle with depression, a sheep with a split personality and a hippo who lost his mind trying to solve a puzzle. Each “patient” has its own story and pleads for you to help it get better. These guys are all really cute. But whether it’s harmless “playing Freud” or making light of serious problems is another debate. 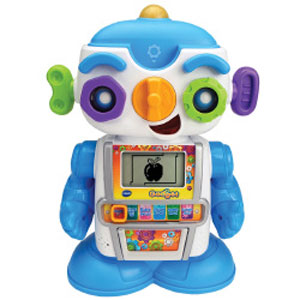 OK: Gadget isn’t totally weird. I mean, this good-natured little Brit ‘bot only wants to help kids learn their letters, numbers and shapes, once you feed him his “energy chips.” There’s just something quirky and charming about this wacky guy, who speaks with authentic cockney flair (according to his TV ad, “especially likes to sing and dahnce!”) 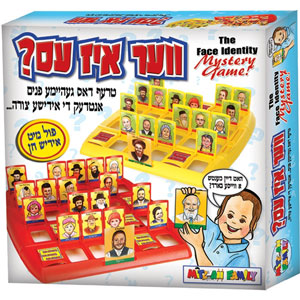 Mazel tov! Everyone’s favorite secret identity board game is now in – Yiddish? Deduce which character your opponent is by asking yes or no questions, like “Does your person have side locks?” or “Is your person wearing a yarmulke?” Sometimes, it’s just fun to see American toys translated for different cultures and languages. 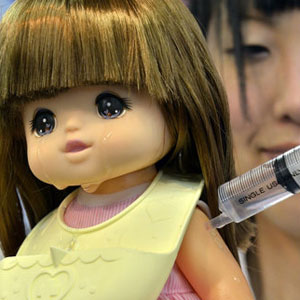 Realism is kind of a big thing in the baby doll world. From dolls that cry to those ones that wet their diapers, toy makers have really tried to make the baby doll experience as life-like as possible. But a doll that cries when you stick a giant syringe in her arm? Sorry, but this one is just … unsettling. 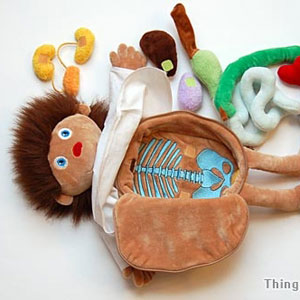 This cute, bright-eyed doll looks pretty inconspicuous, but under his hospital gown is something a bit disturbing. Unzip his torso (you read right) and you’ll find an all his organs, ready to be removed. It may be great for teaching your kids about anatomy, but Erwin’s unaffected smile and open-eyed gaze is more than a little creepy. 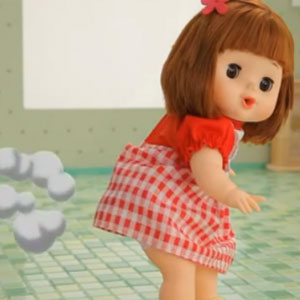 Again, the sky’s the limit with realistic dolls. This new doll causing a stir in South Korea is aimed towards kids who want a doll with a functioning digestive system, particularly the stinky part of the process. The adorable Kong Suni eats “food” – and lets out an audible fart. 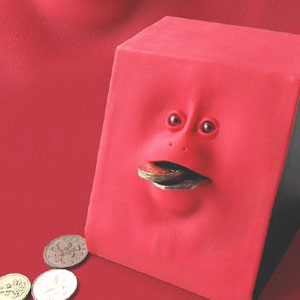 I think the idea is to encourage kids to save their money, but this piggy bank is a bit too eerie for comfort. This new invention from Japan has the face of a chimpanzee, a rectangle for a body and a big appetite for coins. Just slip a nickel in Facebank’s mouth and he’ll chew it up and swallow it down into his belly for safekeeping. Just don’t get you fingers too close!