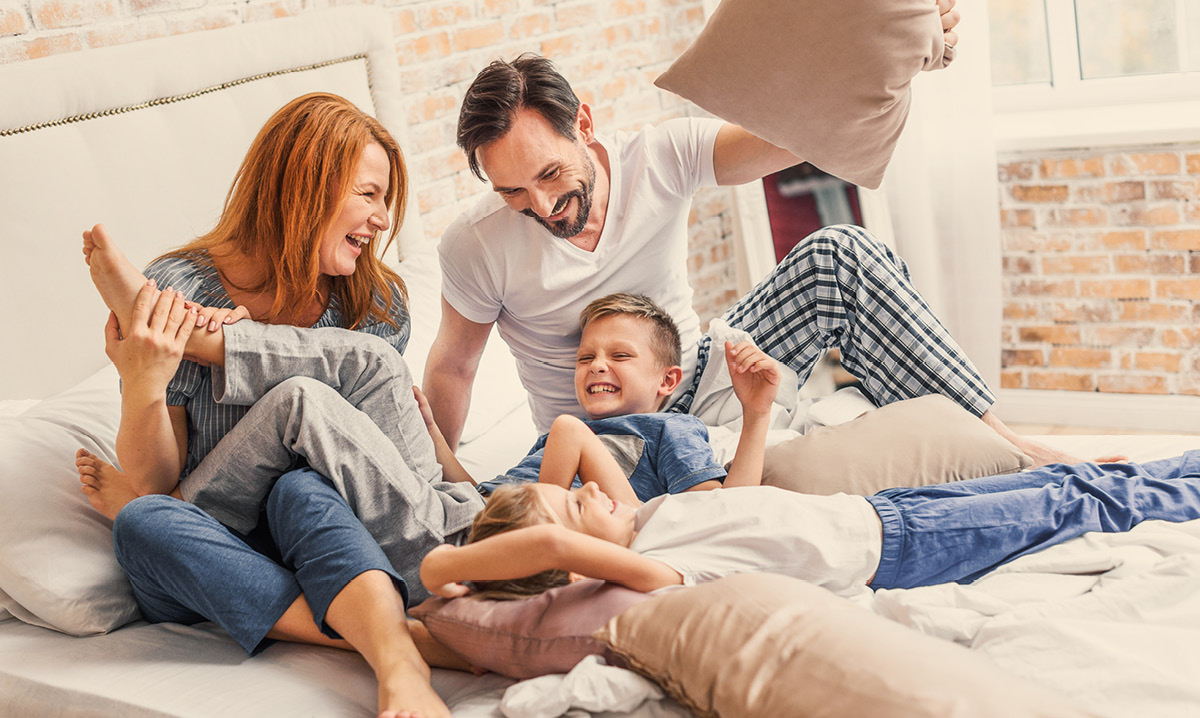 With around-the-clock feedings, it may be easy for parents with a newborn to share their room with their baby. But when is not OK anymore?

To answer this question – can a child share a room with parents? — we talked to Dr. Bridget McArdle, a Henry Ford Health System pediatrician based in Sterling Heights.

Let your infant sleep in your room

Early on, the decision is not only simple — it’s actually recommended by the American Academy of Pediatrics.

McArdle makes it very clear that the child should sleep in the same room as the parent – NOT the same bed. “In the same room as the parent decreases the risk of SIDS,” or sudden infant death syndrome, she says. This is because parents are more likely to put the child back into his or her crib or bassinet if it’s in their bedroom. If it isn’t, they might be too tired to go to the child’s room and lay them down in their own bed, increasing the risk.

After that year, she says, the child should be in their own space. “It’s a slippery slope the longer you wait,” she says. “Once you get them into your bed, it’s harder to get them out and into their own beds.”

Sometimes kids get in the habit of sleeping with their parents and it’s hard for them to feel comfortable alone in their own bed or bedroom. Try bringing the child’s bed into your bedroom. That way they’re at least in their own bed and then the transition to their own room will be easier.

McArdle, who is a mom as well, says that she goes into her children’s rooms to comfort them and then as soon as they fall asleep she goes back into her bed. Her kids know that they have to stay in their bed because it is safest.

Stick with the plan. Tell your child that they have to sleep in their own bed, in their own room, if possible. It may be easier sometimes to just let your kids come into your bed, but you have to remain consistent otherwise they will never learn.

Sometimes, though, a parent doesn’t have much choice in letting their kids share their room. They could live in a small house or apartment, for example, or be doing home renovations that would prevent them from staying in their own room.

Parents can bring infants’ cribs or bassinets into the bedroom. They can also set kids’ beds up in the room if they absolutely have to. If you don’t have the room, you have to make do with what you have.

What to do with nervous or anxious kids

Other times — and perhaps more commonly — parents may decide to share their bedroom out of concern over their children’s nighttime worries.

Kids often get afraid in the dark and wake up in the middle of the night, scrambling for the safety of mom and dad’s room. By allowing your child to sleep in your bedroom, though, you are enabling him or her to avoid his or her fears.

“You’re not letting the child confront some of the issues,” McArdle says. If your kid always has you around them, she’ll never learn how to tackle those concerns head-on.

If your child is afraid to sleep alone or is anxious in her own bed, you can try calming her down with a nightlight or flashlight. A noise machine might also be a successful in helping her to fall asleep, since she also won’t be able to hear to the little noises in the house that might be scaring her.

When kids don’t feel well, they want their parents to make them feel better. And it’s OK to let your child sleep with you for a little bit or calm her back down to sleep if she wants you to. But it’s just important to be aware that there can be some dangers of letting your child sleep in your bed.

To co-sleep or not to co-sleep? It’s an ongoing debate. Some parents that practice co-sleeping are ashamed to admit it because of the backlash they receive for their choice.

“In general, it’s not a great idea,” McArdle says. “In my opinion, what’s safest is in their own bed.”

Although the risk of SIDS decreases as the child gets older, you should still be aware that your child is next to you and remain cautious at all times.