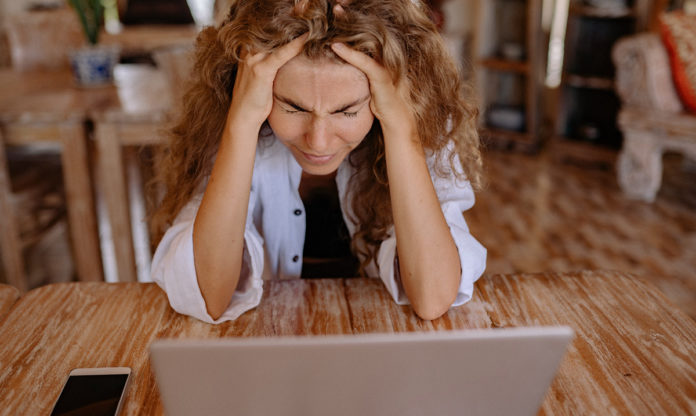 On Wednesday, a little fewer than half of Americans will wake up to see election results that didn’t go their way.

And when the loss of a preferred candidate happens, those voters “might feel discouraged and alienated in some ways,” says Douglas Barnett, the director of the Wayne State University psychology clinic.

If you’re among those feeling bothered about the results of the election, you’re not alone. Bianka Hardin, a licensed clinical psychologist and owner of Centered Therapy Chicago says she’s heard election anxieties from patients and seen an increased number of people seeking therapy.

“We’ve had a lot of increased referrals for services — that number has gone up by 25-50% of calls coming in, and they’re identifying on the phone call or in the session that they’re preoccupied or stressed about the election,” she says.

Barnett says that the negative feelings a person feels after the loss of their candidate can sometimes have more to do with their own personal lives than larger fears about the political aftermath.

“It depends on a lot of things — if we’re already having stress and mental health problems it can feel even more overwhelming,” he says. “We can confuse personal issues and needs that we have with the bigger political process, so we may think it’s the election, but we may need some help ourselves.”

“For some people, there’s a large investment in the political process and having a voice and speaking up for something you believe in,” Hardin adds. “If the other candidate is elected, it may feel like a threat to the belief system and sense of safety.”

For some groups, especially marginalized folks like members of the LGBTQ+ community and people of color, the results of the election can feel even more pressing.

Barnett says seeking support from others of similar backgrounds can help people, especially marginalized people, feel less alienated. Another option, according to Hardin, is to take actions in your community that make you feel good.

She recommends people engage with advocacy groups like the Human Rights Campaign as getting involved can also give people a sense of control, which can help.

One of the ways Hardin herself has been coping with election anxieties is by going through a meditative emotional process where she acknowledges her emotions instead of minimizing them.

“When I am worried about what is happening in the world, I take care of myself by taking a walk in nature, listening to (Tara Brach’s) podcast and practicing the RAIN meditation,” she adds. “The combination of movement, being in nature and mindfulness is very soothing.”

Barnett says there are two big things he recommends for people upset about election results: permission to distract yourself and getting involved.

“Sort out what’s in your control and what isn’t. You can work for your party, or candidate or causes,” he says. “We still need to advocate for our views (even after the election) because politics don’t stop with the election.”

That said, if you don’t feel like you can step up, or that you need to take a break from it, don’t force it. Instead, do what you feel is best for you.

“People are going to really want to do something, while others will feel like they want to shut it off — both are OK,” Barnett adds.

When is it time to seek help?

While it is hard to know exactly when to seek help, a good rule of thumb is to watch for its effects on your personal life.

“When it affects your ability to live your life, it’s time to get professional help,” Barnett says. “If you can’t engage your kids, or you can’t talk to them about it without crying or ranting or screaming, I think it’s a sign that it’s overtaking you.”

The inability to sleep, which does not improve over time, or a change in your appetite also might be signs to seek help.

“I encourage people to nurture themselves and get support, but if it lingers and they can’t get out of bed or take care of themselves or they’re consuming more alcohol or drugs than normal, therapeutic support can really benefit someone,” says Hardin. “People seem really invested in the outcome of this election and if you’re that invested you will have an emotional reaction.”