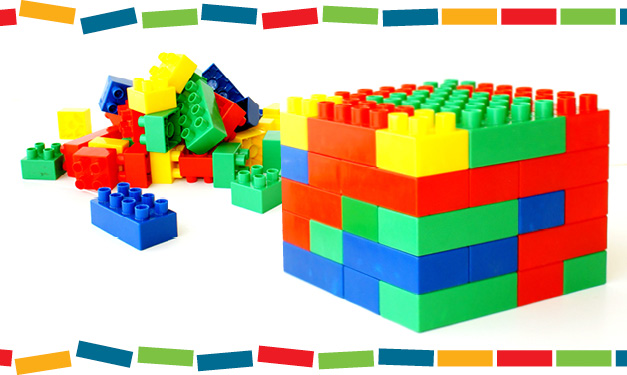 What are the keys to raising kids who turn out “pretty good”?

“As soon as they can understand words, you start giving them some assignments,” he said in a past interview with CNN. “Bath. Eat your peas. Pick up the toys off the floor. By the time they’re 16, they turn out pretty good.”

Structure offers children a sense of security and control in a world full of uncertainty – and helps create healthy habits that last into adulthood. Plus, you’re building overall healthy family relationships.

According to Dr. Laura Markham, a clinical psychologist and founder of Aha! Parenting, routines teach our children what they can count on from us and what we expect from them.

“Children need to feel safe. That’s a primary need of tiny humans in a big, confusing world that they don’t understand,” she says. “Life is so random. If you can be a little more predictable, it really helps kids.”

To children, life seems like an arbitrary string of events that occur without warning.

According to Markham, you may know you’re putting your daughter to bed, but all she sees is you’ve whisked her away from a favorite toy. You may have planned to hit the swim club all day, but to your young son, the pool suddenly appears out of nowhere.

“To them, things seem to just happen,” says Markham, author of Peaceful Parent, Happy Kids: How to Stop Yelling and Start Connecting.

Starting each morning with a discussion about what’s coming, from simple tasks like getting dressed and putting on shoes to bigger activities like visiting the library, comforts children, allows them to anticipate what’s next, and empowers them to be an active part of plans.

The technique works for Hartland mom Lisa Bergkoetter, who says her sons Nathan and Logan do better when they know the agenda.

“Once they have me laying out a plot of what our day is going to look like, they can relax and do their thing,” she says. “Even if you tell them that the scheduled activity is no activity at all.”

“Chaos makes children more prone to anxiety. And when kids get more anxious, they tend to be more resistant. It makes kids less cooperative,” Markham says.

Elaine and Dan Dailey of South Lyon work together to keep their daughters Emma and Elizabeth on an active schedule.

Dan has mornings down to a science while Elaine handles after-school activities.

“I pick them up, and it’s unpack bags, homework, dinner and swim team practice,” she says.

The girls get along better when their days have structure, Elaine says.

“When they have nothing scheduled, they complain that they are bored. They bicker with each other and totally act out,” she says. “When they know what is coming up and what to expect, they behave beautifully and sleep well.”

Family counselor Tara Michener, owner/operator of Novi-based Michener Associates, says regularly scheduled activities, chores and homework reduce arguments not only among siblings, but between children and parents as well.

“Having a set routine eliminates power struggles. If kids know they brush their teeth every morning, turn off TV and come to dinner in the evening, and go to bed at the same time every night, there’s not as much conflict as if it was never the arrangement,” Michener says. “It takes parents out of the enforcer role because it’s just a normal way of life.”

Children who grow up knowing there’s a place for everything – a hook for their jacket and a shelf for their backpack – are better organized and less likely to lose things as adults.

Kids who have a set place and time for homework learn how to sit down and complete tasks that may be unpleasant, which grows into a lasting sense of self-discipline.

“They learn for themselves the benefits of these habits over time, and it changes who they are,” Markham says. “They do things not to please us, but to please themselves.”

Necessary chores become pleasant parts of the routine. Children come to like that there’s a place for everything and learn to manage themselves without being nagged.

And they grow better able to deal with the unknown.

Children are incessantly being confronted with change, Markham says, from moving out of their crib or finding a mysterious vegetable on their plate to watching their bodies grow and starting new grades in school.

“We’re constantly imposing new things on children,” Markham says. “But through routines, they become less thrown by every new thing and more likely to try something new.”

Michener agrees that family structure can help children feel a sense of control within the chaos of growing up.

“Life offers a lot of unexpected things in general for kids to deal with. When you offer routine, it gives back a sense of normalcy,” she says. “Moving can be stressful, new schools, a death in the family, changes in income. Just because they’re on a schedule doesn’t mean they won’t have to deal with changes, but it’s nice to have something that’s consistent.”

Nothing could be more impactful to a child than the death of a parent, which Alyssa Pelto knows all too well. The South Lyon mother of two boys, ages 7 and 9, lost her husband to illness in March, and says routine has helped her and her sons deal with their grief.

“It’s helped keep things as normal as possible even in an abnormal time,” she says.

She says her sons may be more sensitive to uncertainty because it brings up emotions they may not even be able to articulate. For example, her oldest recently had a meltdown when she changed a long-standing bedtime routine.

Things are so regimented, Pelto says she actually has to strive to break free. The boys still talk about the time they jumped in the car in their pajamas to chase a hot air balloon.

“I have to be careful, because I don’t want them to rely so much on the routine that they can’t think of things to do themselves or be spontaneous,” she says.

Michener says structure doesn’t have to translate to monotony.

In fact, it can mean the opposite. You can build fun and connection right into your schedule, she suggests.

“Sometimes people are afraid of routine because they worry they won’t have creativity. In reality you’re protecting your creativity by making sure it happens,” she says.

Michener says kids can take control of their time within a routine. For example, if you build time for art into your schedule, children can still choose from different projects. If they have a set bedtime, you can offer them the option to read or write before falling asleep.

It’s also important to realize when routines need to evolve as children age – or new ones should be introduced.

Michener recommends discussing new schedules with children so even change happen in a structured way.

“You don’t have to be a slave to routine,” she says. 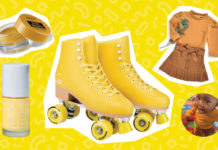 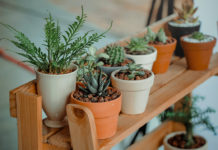 10 Houseplants that Families Should Avoid