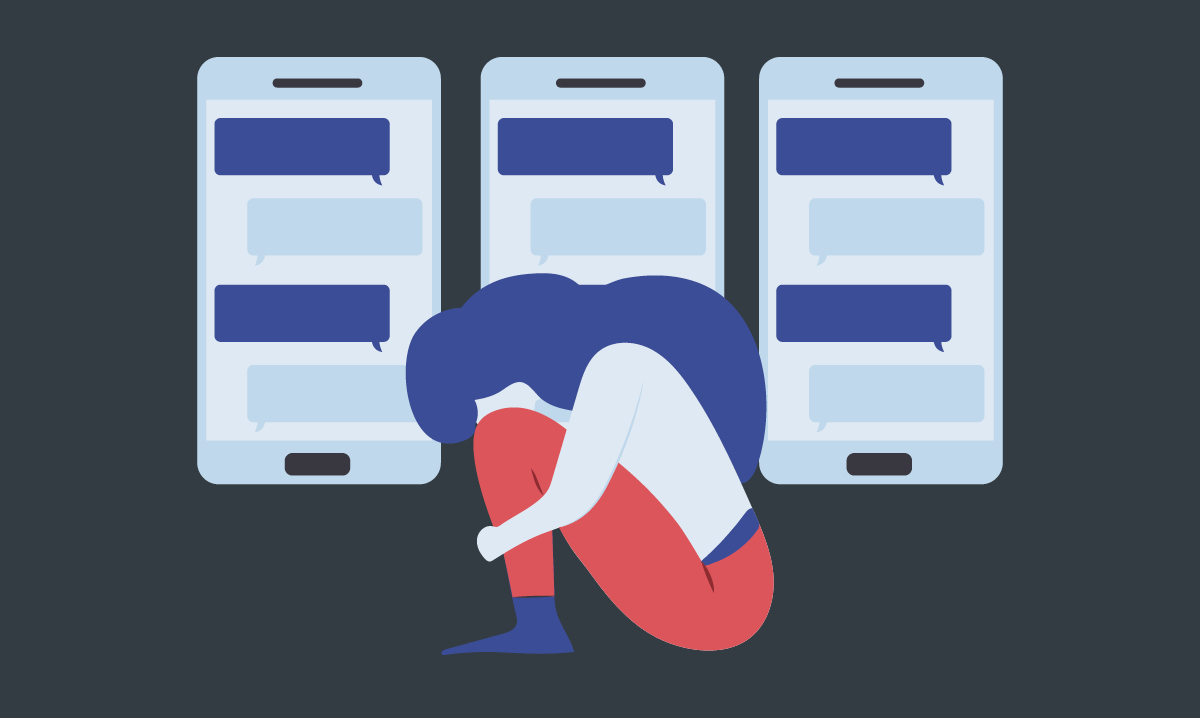 Precious few of us have grown to adulthood never having been the target of an unkind word.

As we grew, we recognized hurtful words on the playground for what they were – jealousy or fear disguised as aggression. The sooner forgotten, the better.

So it’s unfortunate that we can return instantly to our childhood days simply by reading the comments section on social media, where too much goes well beyond “I’m rubber and you’re glue … ”

We all want to raise kids free from unnecessary hurtful experiences. Bullying and cyberbullying are top among parent worries during back-to-school time, according to a 2017 survey by C.S. Mott Children’s Hospital in Ann Arbor.

While Michigan school districts are required to adopt anti-bullying policies that include cyberbullying, StopBullying.gov notes, some 19 percent of Michigan high school students reported being bullied at school in the prior 12 months, according to the CDC’s 2017 Youth Risk Behavior Survey.

In the same survey, nearly 15 percent reported being bullied by text, Facebook, Instagram or other social media.

Given that 3 out of 4 children in the U.S. have access to a smartphone, according to the Pew Research Center, it’s reasonable that even younger children experience cyberbullying. But now, beginning in March, the harmful things that adults and kids communicate through internet platforms could, in the eyes of the law, be criminal.

At the end of 2018, now-former Michigan Gov. Rick Snyder signed a law that makes cyberbullying a criminal act. It has serious legal ramifications, too – especially in a case where someone gets hurt, killed or commits suicide as a result of cyberbullying.

So how does this law affect you and your family? We take a closer look.

The language in the law is clear, stating specifically “a person shall not cyberbully another person.”

It is designed to discourage threatening behavior.

“I call it a preventative measure for people who take advantage of others on the information highway,” says Peter Lucido, a state representative from Shelby Township and sponsor of the bill.

Cyberbullying is specifically defined in the law as posting a message about a person on any public medium that is intended to create fear of bodily harm or death, and is posted with the knowledge that it will be viewed as a threat.

In other words, calling someone a bad name is not cyberbullying, but threatening bodily harm is, according to Lucido.

If, as a result of a cyberbullying pattern of harassment or intimidation, an individual is seriously harmed, the cyberbully is guilty of a felony that could be punished by five years in prison or $5,000, or both.

Harm could include physical disfigurement or impaired health or function. While the signed public act does not include the word “suicide,” the original bill did. In the case of death, the felony is punishable by 10 years in prison, a $10,000 fine or both.

“Whether cyberbullying caused a suicide is a question of fact for any jury,” Lucido says.

While cyber-communication in general can feel anonymous, police do have tools to determine where the threats originated.

“Police officers know the person who posts,” Lucido explains. “Once they know, they can knock on the door and tell the family, if the person is a minor, ‘This is what your child has done.’ They might even say you owe a debt of apology to the individual.”

The law applies regardless of age, but kids up to the age of 17 are considered juveniles, and juvenile prosecution is very different from adult prosecution, Heimbuch says.

“Judges and referees that are part of our system have a lot of discretion in terms of what can happen to juveniles,” he says. Age and prior history are considered.

If someone is falsely accused, law enforcement would investigate digital evidence to determine the author of the threatening statement even before the case moves to prosecution.

“Bottom line, if our office is reviewing a case and there isn’t sufficient evidence, we won’t charge it,” says Bob Heimbuch, juvenile division chief at the Wayne County Prosecutor’s Office.

With the new law rolling out, a conversation about it is prudent, Lucido says. And a talk may hold more weight when it accompanies some positive social media role modeling.

“Parents need to take the initiative and step up their game a bit,” he says. “Parents should talk to kids and ask them, ‘Do you want to be treated the way you are treating others? Because if you do, we need to get you some help.'”

If your child is a target, keep open communication and encourage your child to speak up if he or she is cyberbullied.

“They should tell a parent, guardian, school official or police officer,” Heimbuch says. “Then they would make the decision on the next step. It could be brought to police as a complaint. Bringing it to light would be an important step in maybe mitigating the potential for self-harm down the road by that person who is feeling threatened.”

Not all cases will end up with a complaint or a charge, he adds. “Maybe it could be raised at a more personal level, parent to parent, so it’s being addressed in some way. Hopefully that way, the threats are discontinued.”

That said, parents should keep in mind that this law is fresh turf and that lawmakers will be learning better ways to handle cyber-bullying as time goes on.

“This is going to be new for us,” Heimbuch says. “We review everything brought to us by law enforcement in Wayne County. It will be interesting to see the types of cases and the volume. It’s unknown at this point.

“Certainly, I have three teens at home and understand the draw of electronic communication and social media. It’s important to my kids, and so I understand that it’s a big issue in today’s world.”