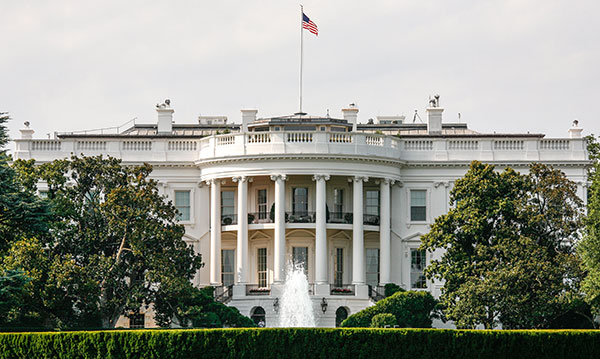 My husband and I believe in acceptance, honesty, diversity and the Golden Rule. We’ve worked hard to instill these values in our two daughters ever since we became their parents via international adoption. We also want them to be proud of their country, and they are. But right now our family is struggling with the direction in which our country is headed.

We don’t look like a lot of other families. I’m of European descent, my husband’s grandparents came from Japan, and our daughters are from China. But we’ve always seen ourselves as just one more unique thread in the greatly diverse American tapestry.

My husband grew up knowing that his parents and grandparents had been treated like criminals and forced into the shameful Japanese-American internment camps. His parents were children and American citizens when they were interned because of their heritage.

My family fared better, but I had some struggles growing up as a little kid with arthritis. The pain and deformities wrought by the disease were far less damaging than the bullying I endured from awful children who tormented me because I looked and moved differently.

But you know, challenges can either make or break you. We try to believe that people are inherently good and that overt, systemic racism and bullying are relics of a distant past because we have created a better world.

Today our girls are nice young ladies. We live in Troy, Michigan’s second most diverse city, where they are accepted and have friends who are Christian, disabled, African, transgender, Asian, white, Agnostic, immigrants, gay, Muslim, athletes, Hispanic, black, Jewish and straight.

But unfortunately, the election of Donald Trump has turned much of what we believed about our country upside down. I’m not talking about politics. This is personal. The man who is about to become our president is an affront to who we are, what we believe, and maybe even a threat to our safety. Honestly, we are having trouble adjusting to this new, unpleasant “normal.”

Trump kicked off his campaign in 2015 by denouncing huge swaths of innocent, vulnerable people living in America. His message seemed to be that if we could just get rid of these awful, “different” people, America would be great again.

We had taught our kids that diversity made America strong and special. Yet Mr. Trump has targeted all immigrants, earning the praise of white supremacist groups. He has made “immigrant” a dirty word. But our kids are immigrants, so Trump’s words are very frightening. Will he protect my family? Could our next president actually BE a white supremacist?

Trump’s bullying behavior – whether mocking minorities or women he deems unattractive – has apparently made bullying acceptable again. He has emboldened cowardly adults and even schoolchildren to torment innocent people. Innocent citizens. Innocent children. He even mocked a disabled reporter, just like the bullies who used to torment me. I suppose if we met, he would make fun of me, too.

Trump has demonized all Muslims. He has even flirted with registering and interning American Muslims, using the disgraceful Japanese-American internment our family personally experienced as an excuse. What happens to the safety of my daughters’ friends when the most powerful man in the country says they don’t belong here?

Trump is a self-admitted sexist. Will his horrible words and behavior be modeled by our daughters’ future boyfriends and husbands?

So as parents we now have a moral dilemma.

How can we tell our daughters to respect a president who does NOT value diversity, honesty, acceptance or the Golden Rule?

How can we tell our daughters to respect a president whose comments and behaviors demean and endanger women?

How can we tell our daughters to respect a president who demonizes innocent people and encourages hatred, in order to build his own power?

How can we tell our daughters to respect a president who does not respect them or their friends?