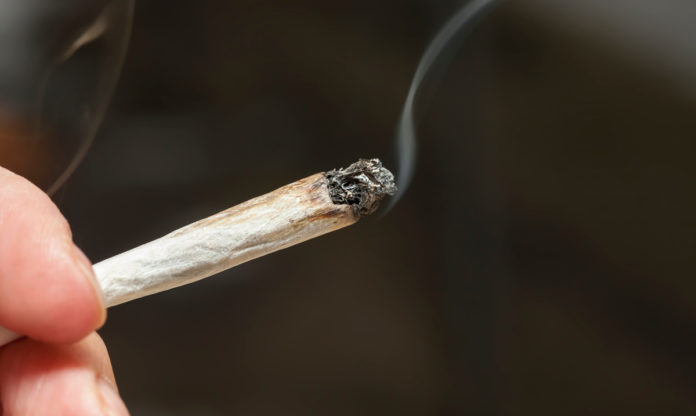 Nadia Watson began using medical marijuana to help with chronic nausea she suffered after pregnancy. The mother of four, who manages The Flower Bowl dispensary in Inkster, says she has always been open with her children about her cannabis use.

“When I first started talking to them I would explain it is a plant grown-ups use to help them feel better,” says Watson, who has a 10-year-old son, 7-year-old twins, and a 3-year-old daughter. “I don’t want them to hear about it negatively from other people, so I break it down as simply as I can. It’s a plant, it’s a flower, and I work at a flower shop.”

Now that marijuana is legal for recreational use in Michigan, more and more parents are coming out of the closet with their weed use. Social media groups like The Cannavist Mom and Marijuana Mamas aim to end the stigma attached to the plant.

“I definitely connect with other moms who come in looking for certain products,” she says. “I basically explain to them there’s no shame in it whatsoever.”

Instead of sneaking tokes at home, they can choose from an ever-growing array of more discreet options on dispensary shelves, from edibles like gummies, candy, nut butters and baked goods to body rubs, odorless vape cartridges, sodas and tinctures you drop on your tongue.

And recreational use is on the rise.

According to the Michigan Department of Licensing and Regulatory Affairs, Michigan’s developing industry is expected to generate $1.5 billion a year once it matures.

For Jerry Millen, owner of Greenhouse in Walled Lake, business has bloomed 300 percent since he began selling recreationally in April, even during the pandemic. Millen designed his space with a Pottery Barn vibe, and hopes people from all walks of life feel welcome to book an appointment with a budtender, or just stop by.

“You’d be shocked at the diversity of our clients,” Millen says. “Seniors make up 60 percent of our customer base, and a lot of mothers are using it. They just got out of quarantine, let’s face it they need something to relax. Wine Wednesday has turned to Weed Wednesday.”

Millen first used cannabis for a health condition, and has been a marijuana activist in Michigan for 14 years. His kids, 13-year-old twin daughters and a 16-year-old son, have been along for the ride.

“Early on they were real little and I slowly introduced them to what it was,” he said. “I acclimated them to it.”

He maintains education is key, especially with teenagers.

“You can’t hide stuff from your children,” Millen says. “Try to give them all the information you can and hope they make the best choice.”

If you are a parent who uses marijuana, here are some things to consider:

Keep products in a lock box out of reach at all times. Children don’t know the difference between candy and cookies with THC or without. “You don’t want this to get into kids’ hands, unless it’s prescribed,” Millen says.

According to Michigan law, you must be 21 to possess or use recreational marijuana. Explain to your children that cannabis, like alcohol, is detrimental to developing bodies and minds.

Medical marijuana is approved for debilitating conditions like ALS, Crohn’s, cancer, and severe pain. If you use it medicinally, explain how marijuana helps you. If you use it recreationally, ask yourself why and whether you’re okay with modeling that for your kids.

A vast array of consumables are coming onto the market with varying combinations of two similar cannabinoids — THC, which makes you “high” and CBD, which doesn’t. Understand the properties of each and how they appear in varying ratios in different products. Convey that to your children in age-appropriate doses.

To maintain your own health and monitor the effects of marijuana on your symptoms, mood and mental health, record your use like you would any prescription. Rising potency is a concern, so keeping track is more important than ever.

Because marijuana is still illegal at the federal level, there has been a lack of scientific studies on its benefits and side effects. Keep up with the growing body of research so you know the truth behind cannabis use.

Be honest with yourself

An estimated 30% of those who partake have some degree of marijuana use disorder, according to the National Institutes of Health. Examine your own use and how it’s truly affecting you and your family.

Be honest with your kids

Teenagers will be especially curious about pot. Educate them that people who begin using marijuana before age 18 are up to seven times more likely to develop a marijuana use disorder than adults, according to NIH. In addition, street products, like vape pens with vitamin E acetate, can be deadly. Let your kids know THC is not to be taken lightly — by them or you.