We are tired of watching our brothers, fathers, uncles and sons being filmed while dying at the hands of law enforcement in 2020. We are tired of trying to figure out the right words to use to articulate to our children about what is going on in the world after another black man has been killed.

To be tired and exhausted as a black mother is something we know very well. In the wake of George Floyd’s death, I cried for a total of three days. I felt a range of emotions, from grief to anger and sadness — before knowing exactly what to say to my 10-year-old son.

As black mothers, grief is embedded in our being. Dating back to 1955 when Emmett Till was kidnapped and mutilated at the age of 14, systemic racism has created and perpetuated trauma for black mothers. We have had to inhabit a different understanding of motherhood to navigate through American life.

Black motherhood is a beautiful thing, yet no matter how vigilant black mothers try to protect their children, it just may not be enough.

Although his mother has been deceased for the past two years, George cried out for her. The last moments of his life were met with his first knowledge of comfort: his mother. And George’s cry out was a summons for all mothers.

Too many times black mothers and fathers have shared their pain and agony with the world while reminding the world that their slain children were loved and valued.

As the mother of two black children, I embody a mother’s deepest fear: that I will not be able to protect my children or prepare them for a world that doesn’t see what I see, a world who doesn’t value them or consider their worth.

Mothering while black, means teaching your children at an early age that people may not like him or her because of the color of their skin and that they may suffer more than they deserve.

How do you teach your children to conform to a world that will treat them as an anomaly? That they are only tolerated as long as they are obedient? We are raising our children in a racially unequal society that sees black children as adults instead of children while trying to respond to social structures such as economic resources, or lack thereof, and social class, that will shape their lives, daily.

As mothers, how do we confront racism? Decision making about neighborhoods, schools, after-school programs and extracurricular activities involve lots of physical, mental and emotional labor.

As black mothers, we fight to create racially comfortable environments for our children. I remember when my son was the only African American child in his class, in a predominantly white school. I felt terrible that he may have not had an opportunity to build and grow a genuine connection with his teachers, who seemed to judge him and put him in a box with the rest of the other African American boys. He was stereotyped and always felt isolated.

Fears of racial isolation cross my mind as I Google or Yelp diverse ballet classes for my 6-year-old daughter, whose hair is tight, curly and big.

Race-neutral environments along with racial intelligence plays a very big role in my decision making. It is so important to be attentive to diversity and inclusion while advocating on the behalf of our children.

Over the course of eight years, I’ve had the pleasure of growing and gaining more knowledge as a professional in the child care field, growing from a teacher to assistant director of The Learning Tree in Livonia.

From my experience, I know first-hand that children are more vulnerable in communities that lack support.

Inclusive and diverse settings allow children to learn and respect the differences of others while supporting empathy, friendships, solidarity and new communities.

Diversity, inclusion and racial equality is not something that can be taught directly, nor is it a curriculum or lesson plan. It is a collaborative effort among leadership, their colleagues, parents and children to learn about their backgrounds and the backgrounds of others, and making sure they are each represented, respected appreciated and valued.

It begins with removing our own biases and assumptions and increasing our sensitivity to different religions, cultures and languages while avoiding generalizations.

Support and advocacy for and with black communities is essential if we want to change the cultural landscape of the world. Not only has anti-black violence taken the lives of mothers, fathers and siblings, but it has also claimed the lives of neighbors, classmates and friends and has posed a threat to black children.

I am calling on anyone reading this that may feel uncomfortable, to do the difficult work in confronting their own biases. Have honest, productive conversations with your children about race and racism because we cannot let this moment go to waste. It is time for a change.

For information and resources on talking to your kids about race and racism visit our Talking About Race page at MetroParent.com. 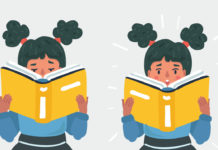 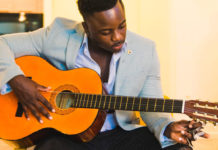