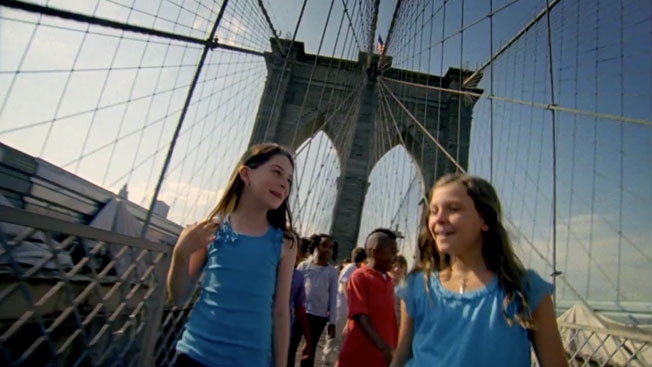 I tried to avoid the 9/11 anniversary coverage last weekend for a couple of reasons. For one, I didn’t really want to revel in the sadness of that time. I didn’t want to again see people jumping to their deaths as the Twin Towers tumbled before our eyes. I didn’t want to relive the last moments of the brave passengers on United Flight 93 as they helped ensure that plane only took their lives and no one else’s. I didn’t want to see the soot-stained faces of so many confused New Yorkers or those heartbreaking “lost relative” signs that wallpapered the city in the days after.

But another reason why I didn’t want to watch much of the anniversary coverage was that the onslaught of reporting by our 24-hour media industry starts to feel less an act of responsible recognition and more opportunistic packaging. I cynically picture news meetings where producers are looking for new “angles” in covering this tragedy 10 years later and advertisers try to garner good-will points from the public by showing their sympathy. There was a marketing to this historic American tragedy that felt wrong.

But then I caught the this commercial by State Farm. Directed by Spike Lee, the commercial shows 150 children making a trek through New York to serenade firefighters with the song, “Empire State of Mind,” originally sung by Jay-Z and Alicia Keys. And my cynical heart just melted.

What can I say? Part of it is the sound of kids singing. I’m sucker for it. It just seems hopeful and sincerely sweet. And then they are singing to real heroes – firefighters. Plus, the song is a love letter to New York. And then Spike Lee – whether you like him or not – is not known for schmaltz. It just felt like there was some “truth” to it. Kids without artifice. Salt-of-the-earth firefighters. A director who truly does love New York. In the end, it reminded me of the truly poignant, honest moments following 9/11 when people really came together, when those living in the heartland, who just a day before might have regaled New York as a pit of urban ugliness, were now ready to put their lives on the line to avenge its assault. It reminded me of the silver lining of that great tragedy – when we were all acutely aware of the “United” in our “States of America.”

And yet, this anniversary also reminds me of a truth about all tragedy – whether it’s personal, within your family, or felt by a nation. Tragedy can bring out your best as it did in those first months after 9/11, but it can also bring out your worst. We were so wonderful together for a while, but then we lost that as the march to war began. I won’t take sides on whether we should or shouldn’t have gone to war with Iraq. That’s actually not the point. The point is that as that action was being set in motion, our unity as a nation dissipated. We started fighting and squabbling in a way that was ramped up from our heightened emotions. We didn’t play fair – either side. And that’s the ugly side to tragedy. It’s something to remind our children. It’s something to remind ourselves. Your child gets a broken arm, and you snap at your spouse on the way to the hospital. You’ve lost a job, and at first you band together as a family, but then your unity can start to abate as tensions increase. Tough times can unite us and divide us. That was a lingering lesson of 9/11. One we should also remember as we pay our respects to those who have fallen and fought.