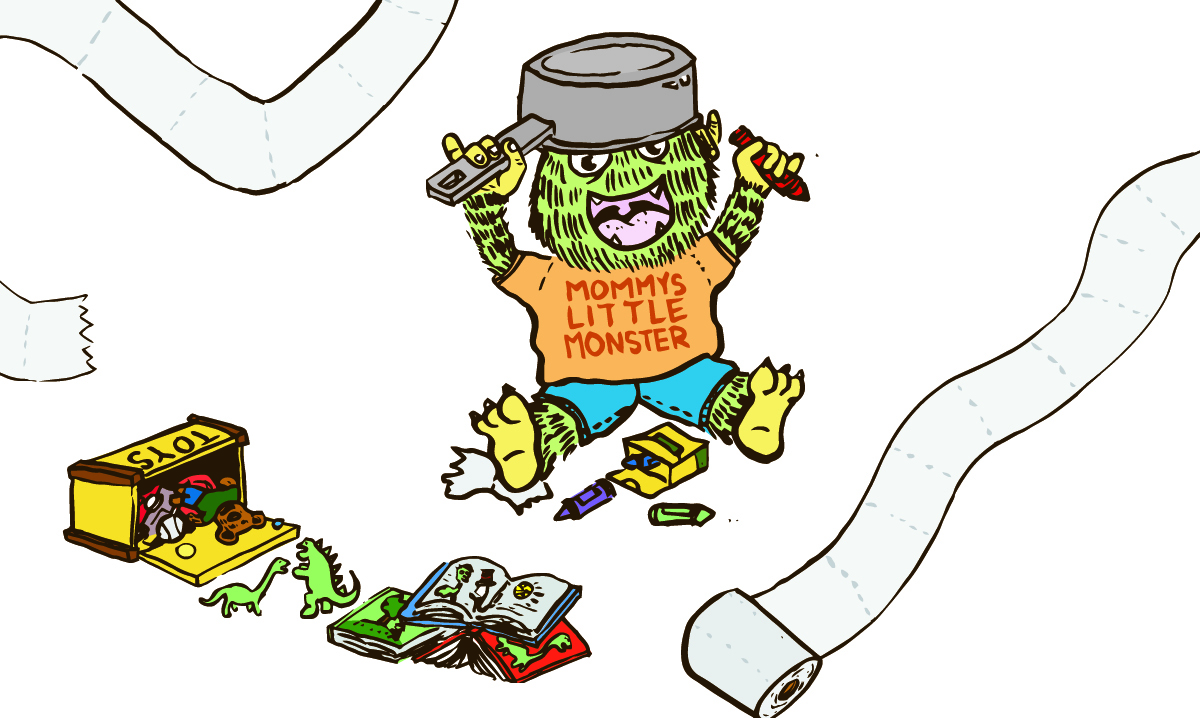 It’s a scene I’ll never forget. My son Jordan, then 1, had dumped out all three of his fabric toy-storage cubes across the living room – bending and tearing them in the process, of course. He’d also pulled out every last toy in his bedroom.

And when I arrived upon this toy explosion? He was just so thrilled to show mom what he’d done that my shock quickly turned into a smile.

I don’t much care when my kid makes a mess, and it turns out it’s a good attitude to have with toddlers. Dr. Dana M. Cohen, Ph.D., who directs autism and early childhood evaluation and services at Beaumont in Royal Oak, explains why and how parents can help their kids explore this kind of play.

“At ages 1-3, unstructured exploratory play is not only what they learn the most from,” Cohen says, “it’s what they enjoy the most.”

Take Jordan again. Now, at age 2, painting is one of his favorite things – especially dipping his hands into the paint and creating little prints all over the paper.

“They need a lot of sensory input to learn about the environment around them,” says Cohen. “The more senses they can use to explore their environment, the better.”

That’s why kids love to get messy while they’re eating, too – and why parents should let them. “I encourage parents to let their kids try to feed themselves when they show interest or are able to,” Cohen says. “It’s the best way to develop their motor skills. It’s such an important skill. The only way to do that is to allow them to make a mess.”

Sensory play is key at this age because kids learn so much from it. Play-Doh, for example, is super tactile, Cohen says, and can teach counting and shapes. “It will engage them, and they won’t even know they’re learning.”

Toddler messes also include, but aren’t limited to, unrolling toilet paper, drawing on walls, cutting hair and emptying cupboards. At the root of them all? Curiosity.

“Not only does unrolling it resolve in this long piece of paper,” Cohen says; “they are also trying to see what the roll is made out of.”

I experienced the wall scenario recently: Jordan used it as a second canvas when his play chalkboard filled up. Cohen notes that at this age, it’s not deliberate – it’s kids experimenting.

“Kids prefer toys that aren’t even toys,” she adds. I personally don’t know how many times I’ve caught my child playing with pots, pans and plastic containers.

This is something Cohen recommends. “If possible, have a cupboard that is lower and accessible to kids. Fill it with stuff that won’t hurt them or break, like Tupperware, so they can put the containers in and out of each other.”

Toys help, too. “The first toys kids play with are cause-and-effect – if you press this button, it turns on a light or makes a sound,” Cohen explains. “That’s why kids like dumping” things, too. “They get more of a direct reinforcement from it.”

How parents can guide

While “toddler dumping phase” is a stage in development, it’s also a teachable moment: after the mess, it’s tidying time.

Cohen encourages parents to show their children how to clean up, even if they guide kids hand-over-hand helping to get things back into the toy box.

“The earlier we can start that, the better,” she says. “It gives them independence and control in a positive way.”

She also encourages parents to not worry so much about messes.

“It’s not as much about the mess, of course. It’s about what you can do with it. There’s not really a right or wrong way to play, which encourages a lot of creativity in exploration.”