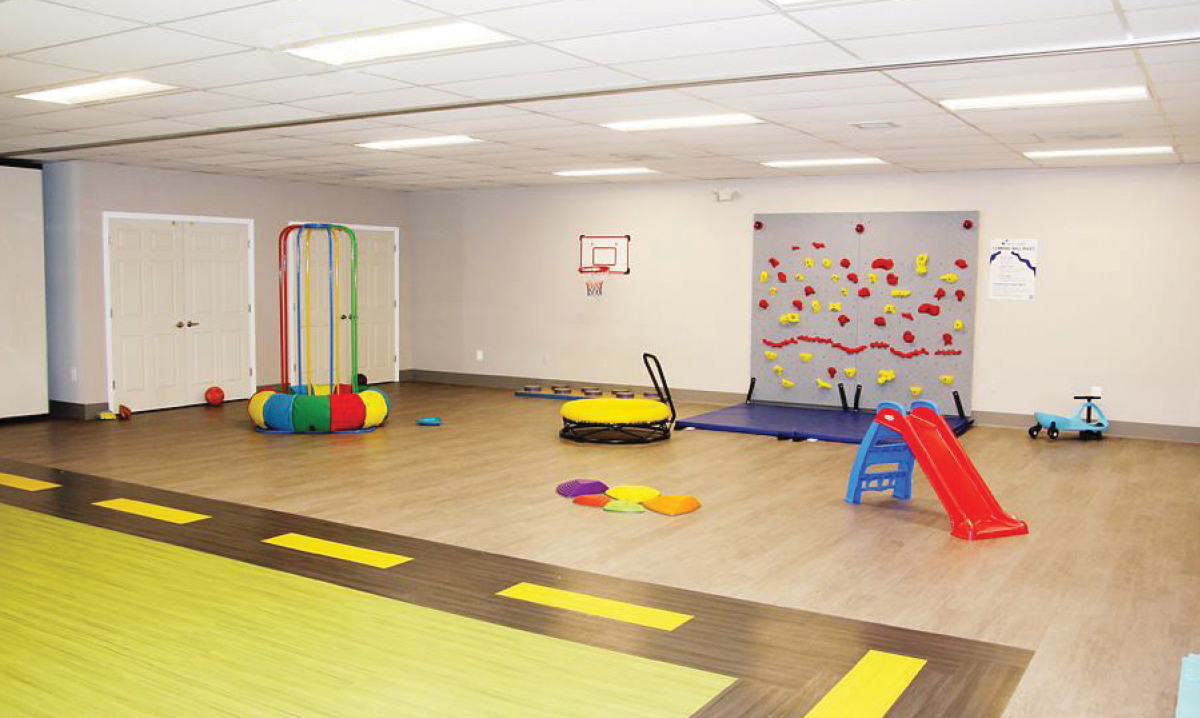 Livonia is now home to a different option for preschool children with autism. And the new Bluestone Children’s Center has both special services and a unique co-founder.

Namely, that’s Brock Radunske. This retired Olympian might have hung up his hockey jersey and skates, but that doesn’t mean he plans on taking a break anytime soon.

The native Canadian-turned-Michigander and dad of two played for South Korea in the PyeongChang 2018 Winter Olympic Games but now co-owns Bluestone Children’s Center.

This center, which first opened in November of 2018, offers applied behavior analysis, or ABA, therapy for children diagnosed with autism.

Its other owner, Courtney Greulich, is a board-certified behavior analyst – and Radunske’s sister-in-law.

“It started with Courtney – she worked at Beaumont, and we had trust in her and her goals,” Radunske says. “I had my hockey career and we were living overseas, but now that my hockey career is coming to an end, we put plans in place to get the center opened.”

Giving back to the community was important to Radunske.

“Being a hockey player, you get so much support. When you’re younger you take that for granted, but when you get older you realize how special that is,” he says.

A unique center for kids

The center was designed to stand out, Radunske says. It has special rooms to help desensitize kids to stressful situations, including a mock hair salon, dentist office and movie theater.

Kids can also try adaptive activities including a climbing wall and car track while their parents relax in the lounge.

ABA therapy is offered for ages 2-8 to “offer a preschool-style atmosphere that helps transition kids to a more natural school setting,” as well as on-site pediatric speech and occupational therapy.

“Most of my hockey career I played in the minors and I played overseas, and it was a long journey for myself to get to that point,” Radunske says. “Building something special doesn’t happen overnight, and I’m hopeful we can instill that attitude throughout our organization.”

This privately owned center delivers services to those in Wayne County and various other cities nearby. To learn more, give the center a call at 248-886-9540 or visit the Bluestone website.