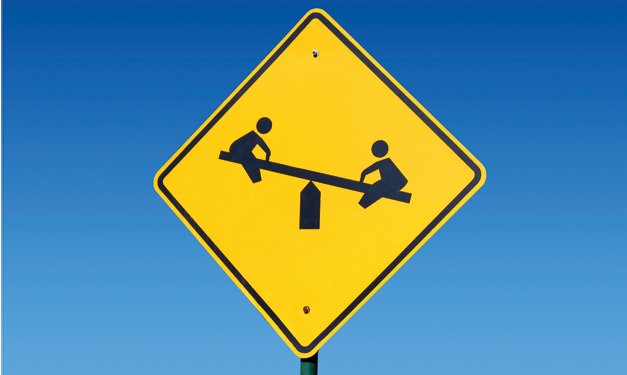 Michael Campbell plays baseball and soccer, hangs out with his friends, enjoys video games – and is like any other 14-year-old-boy. His mom, Carol, didn’t think his life would ever be this way after he was diagnosed at 7 with Asperger’s Syndrome.

“We were told he probably wouldn’t have friendships. It’s the exact opposite. He has friends. He gets invited out with them,” says Campbell of Berkley, Michigan. “We let Mike be Mike and we help foster the friendships just like any other parent would.”

Here’s a look at what parents can do to help their children with special needs do just that.

“It is human nature to want friends,” says Stephanie Harlan, director of the Autism Connections at the Judson Center in Royal Oak. “Humans need to be with other people, share their emotions and interact.”

But children with special needs have more obstacles to overcome. Especially those with autism and Asperger’s, who lack some of the interaction skills. If not addressed, this can impact their entire lives.

“The rates of depression are high among those with autism and Asperger’s. They are often teased because they are by themselves,” Harlan explains. “If the kids can have one other friend with them, the chance that they are picked on drops astronomically.”

Peer friendships allow children to bond with individuals other than family members, adds Linda Bull, therapist, founder and co-owner of the Mental Fitness Center in Rochester, who specializes in children and adolescents with special needs.

“Children are often more likely to model peer behavior,” she says, “and it can be a positive experience for a child who may be shy or introverted to develop.”

Campbell of Berkley browsed the web and stumbled on the Judson Center. She enrolled Michael in its one-on-one program and playgroups.

“He’s going to have to learn to get along in this world,” Campbell says, and the Judson Center is known for the social experience it can provide kids with special needs.

Harlan also found plenty of books that provide insight into helping kids with special needs develop the skills they need.

“It’s really important that parents understand how their kid’s personality works,” Harlan adds. This can help parents identify their child’s interests and find others who like similar things –video games, card games, movies, music – and help them share and communicate about those common interests.

Harlan says that while the ultimate goal for kids who come to Judson is freeform interaction, it works best to start with a structured program and offer activities to do together and choose peers for them to interact with.

Schools sometimes offer that environment, too. Bull says districts can provide info about options for kids with special needs and friendships, including peer pal programs, Boy and Girl Scout troops and sport teams. She says many ancillary centers offer social skills groups and assistance, too.

Kids who come to the Judson Center are assessed to determine what level of engagement they have. Counselors take concepts and break them down into simple steps and repeat them to enforce the appropriate behavior.

“We work with them and gradually introduce peers into the relationship,” Harlan says. Peer pals – kids without special needs at the same developmental level – serve as examples. These pals work on taking turns by playing games and activities that build a foundation. Harlan says the kids often form a bond and end up being friends outside of the sessions.

“We teach them life skills that don’t come naturally,” Harlan says. “They can go back to their schools and home and apply the skills. The program is also teaching the parents how to encourage their child to make friends and maintain relationships.”

It’s key that parents stay involved – and tuned in – to ensure their kids are developing the needed skills – and that the friendships are healthy. Plus, kids sometimes need a little encouragement, especially if they have special needs.

“Sometimes Mike needs more encouragement,” Campbell says. When he says he doesn’t want to try something, she encourages him to participate and if he doesn’t like it, he doesn’t have to continue.

Bull says it’s important for parents to know their kids, from likes to dislikes and their emotions, and determine what situations they’re comfortable in.

“They may need extra exposure to children their own age, such as play dates or trips to the library,” Bull says. “They may need social stories to teach sharing and visuals to remind them not to hit or spit. Providing this support is crucial for these children, but being mindful and maintaining perspective can be just as important.”

It’s also the parent’s responsibility to help kids identify when the relationship isn’t working – maybe due to the nature of the activities, or for other reasons.

“Some kids with special needs don’t recognize when they are being teased or other kids are taking advantage of them,” Harlan says. She encourages parents to help the child spot the cues for an unhealthy relationship.

When her son doesn’t mesh with another child, Campbell doesn’t blame herself or Michael. She just explains not all people get along, and it’s time to move on.

Harlan says sometimes the friendships will fade away, and that’s OK.

“As you grow older, your interests are going to change. Some of the kids will continue to stay friends,” she says. “The friendships they had teach them the foundational skills for developing more.”