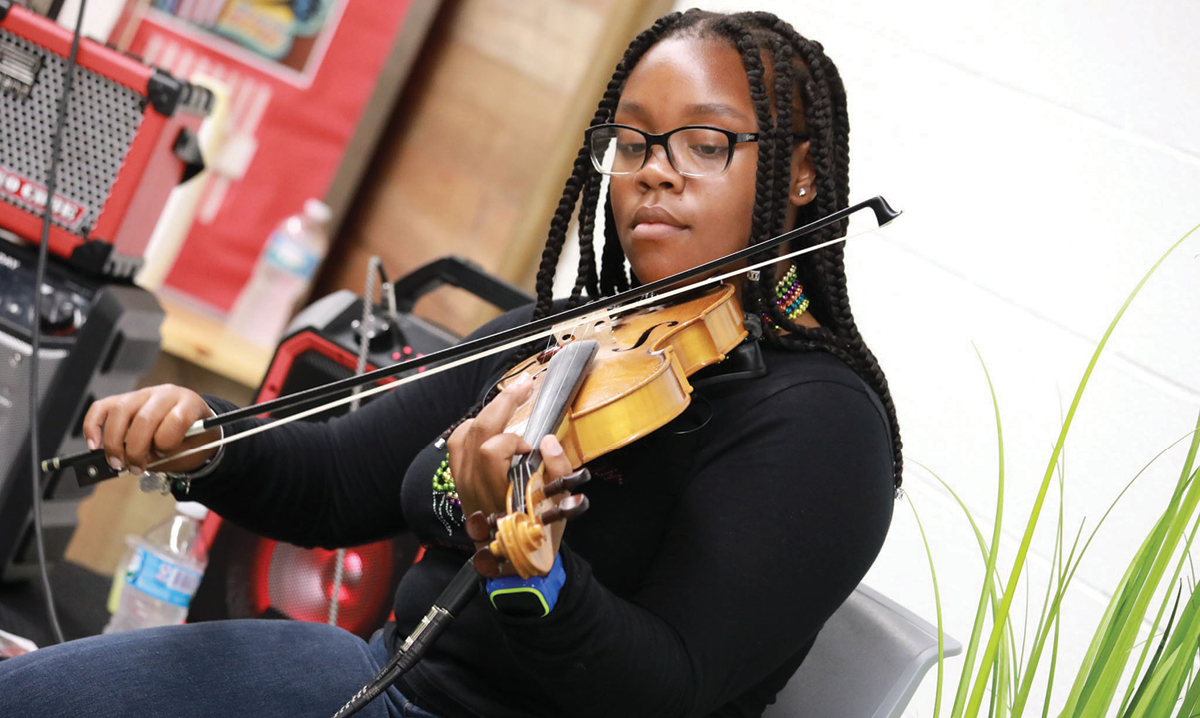 An Eastern Market mainstay, Kym Brady’s career gigging and busking rivals that of musicians far older. After all, this Detroit native violinist is only 17.

Before Kym became known as The Urban Violinist, though, she was a kid rifling through thousands of dad’s CDs, exploring Marvin Gaye, Led Zeppelin and Frank Sinatra. The influence was clear when she started music class, father Kim Brady says. He recalls her being teased by her peers for being a teacher’s pet, picking out melodies and nailing them before most other students.

After three years of private lessons, Kym put on her first street shows from Belle Isle to the Detroit riverfront, earning tips and admiration for her renditions of Motown classics.

Gig inquiries came immediately from passersby and, before long, Brady was booked for weddings and private events. She’s played nearly 120 weddings within the last five years alone and earned 200 letters of recommendation from her clients.

“I like bringing people together and seeing their reactions to my playing on their faces,” says Kym, who began playing at age 9 and graduated high school early in January. “People tell me I inspire them to start playing the violin. That really keeps me going

“At the end of the day, music brings us all together as a language we all speak.”

Others have taken note, too. Kym was named “2016 Rising Star” at the Career Mastered: Women’s Leadership in Action Awards ceremony. She’s even been inducted into the Michigan Women’s Historical Center & Hall of Fame.

More recently, she’s delved into writing her own material, learning production and sound engineering skills. Her three self-produced CDs are It’s Just Me in 2017, A Mother & Daughter’s Love in 2018 and, in 2019, I’m Rising Now!

“I think she wants to be known as an artist that can heal all races and people with music,” he says. “I think her music brings all different people from the city and country together.”

“Violin is what I want to do with my life. Actually, it is my life.”

Learn more about Kym Brady at The Urban Violinist website.