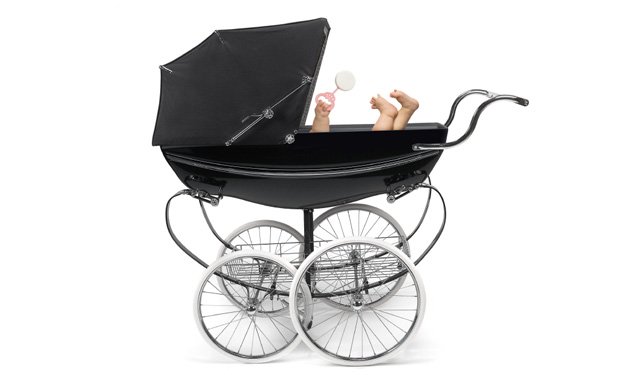 A few years ago, when then-13-year-old Hava Goldberg of Southfield found out her mother was going to have another baby, she was thrilled. One of five children, Hava was only 6 years old when her last sibling was born.

“It was weird to think about having another little kid in the house,” she admits. But she couldn’t wait to pamper the new baby.

It can be a tricky topic. Parenting resources are brimming with tips on how to help toddlers and young children adjust to a brand new baby, but what about older kids? Many teens occupy a world where their parents are already embarrassing, even without the baby bump and added enthusiasm in anticipation of an impending newborn.

How can parents help their burgeoning young people adjust to a new sibling?

American women are increasingly choosing to have children later in life – and, often, spacing out their children. According to the Centers for Disease Control and Prevention, the birthrate for women 45 and older more than doubled between 1990 and 2002, and birthrates for women ages 40-44 are the highest in more than three decades.

Among women who had their second child between the ages of 35 and 44, 21 percent had a birth spacing of 11 years or more, according to the National Survey of Family Growth. That equals a lot of teens welcoming a new sister or brother to the family!

First of all, be prepared for any reaction, says Dr. Daniel Klein, a psychologist at the Child and Family Solutions Center in Farmington Hills. “Teens may react in a variety of ways – with excitement, disbelief or shock. Parents must give them time to think and prepare,” he says. “And don’t take hostile or unsure emotions personally.” An unwelcome attitude can change.

Dena Brodman was 15 when she discovered she’d become a big sister again. “She was not a happy child when she heard a new baby was coming,” says her mother, Michelle Brodman. “She was defiant. But once the baby was born, she did a 180. She babysat; she helped out; she changed diapers. She even told me when Noa needed new clothes.”

Adolescents are looking for independence, but still need the support of their parents. Mom and dad must maintain an open dialogue with the teen.

“Teens may isolate themselves or pull away by acting out,” says Klein.

Helping with the change

It’s a good idea for parents to set aside alone time for dinner and movie, or a day at the mall to really connect with their teenage son or daughter.

Parents also can get their teens excited about a new sibling by involving them in planning, like picking out a name or designing the baby’s room. As difficult as it is, Klein suggests parents not make assumptions about babysitting. “Some parents may want to pay their children for babysitting, but for many families, especially larger ones, helping out is part of life.”

Hava’s sister, Michal Goldberg, was 11 when their new baby sibling arrived. “At first, we only had to help a little, but we watch him more now because he’s more likely to get in trouble,” she says of then 2-year-old Naftali.

Dealing with friends also can be a challenge for some teens, who may be embarrassed by the undeniable confirmation that mom and dad are sexual people. Talking things through with the teen is the surest way to help them through the transition.

Remember: With open communication and patience, even unsure teens will likely come around – and everybody will adore the new bundle of joy.