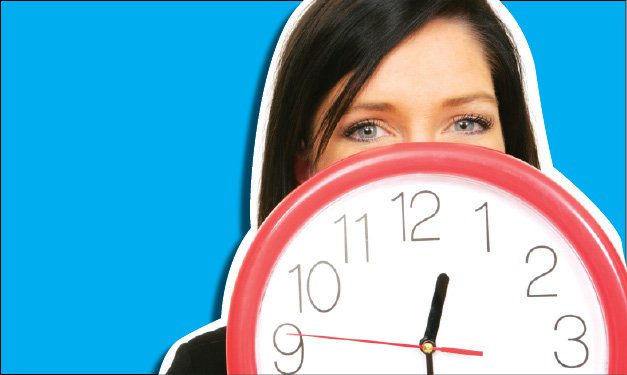 An hour past curfew, your teen saunters in, looks surprised and proclaims, “I didn’t know it was that late. Sorry.” Maybe you breathe a sigh of relief. But unless your teen has clear rules – and understands and experiences the consequences of missing a curfew – this scene will likely replay.

Curfews are among the important boundaries and expectations that help protect teens from high-risk situations. Setting a curfew typically is based on a child’s age, but you also might consider maturity, the activity he’ll be involved in, and whether the outing is on a school night or a weekend.

Teens will tell you they want the same curfew as their friends.

“I hear that all the time when kids come down to complain – the terrible rules in their house, other kids having more freedom. I think parents feel that pressure,” says Stacie Angel, formerly a counselor at Norup International School, a middle school in Oak Park, and now an instructional support specialist in the Berkley School District. “Parents have to take their own stand on what they think is an appropriate curfew time.”

At the Zeiler home, weekend curfews are set according to age and grade. On school nights, the curfew is 8 p.m.

“I know they don’t like it, but unless there’s a special function like a sporting event and they’ll be getting back later on the bus, they have to be home at 8 – because they have homework,” says Sue Zeiler, mom to Pam, Andrew, Alan and Casey.

Many local communities have a curfew law in place. In Royal Oak, kids ages 16 and younger aren’t allowed on public streets or in public places from 10:30 p.m. to 5 a.m., except under certain circumstances. Zeiler first learned about the ordinance when her son Alan went to a sleepover.

For Dr. Glenda Williams, the former assistant principal at Oxford High School, the big curfew questions are who, what, when and where.

“Depending on who your child is with, what they’re doing, when the activity is over and where they’re at, is how to set the curfew. If the school dance is over at 10:30 and the child is 16, the curfew might be 11 o’clock. They have time to go to McDonald’s, get a Coke and head on home.

“If they’re at a friend’s home playing video games, the parents are home and the child is 17 or 18, then the curfew may be 12 o’clock or 1 o’clock” she says. “If they’re not somewhere that’s appropriate or they can’t put their finger on it, their curfew is now. Just hanging out should not be an option.”

A curfew also helps to keep inexperienced teens off the road and out of the way of drivers who may be intoxicated.

“When my older son was 18 and a senior, if he had to drive on a main road, I typically had him in by 12 o’clock,” Williams says. “That wasn’t the norm for some of his friends, but then again, he never got into a car accident.”

Parents can be flexible and extend a curfew in certain circumstances. But overall, you should follow through with penalties when a teen is late. If Zeiler’s teens don’t come home on time, they usually aren’t allowed to go out the next weekend. They’re pretty punctual, she says.

“They don’t have the consequences if they’re only a few minutes late. They call to say they’re stuck in traffic, and I know they’re on the way home,” Zeiler explains. “Communication is important.”

It’s also helpful to talk about curfews and set the rules long before your teen is ready to walk out the door.

“That way you can have some meaningful discussions, and your child won’t already have in their mind what they think the curfew should be,” Williams says. “Start those conversations early – so you’re not having that battle.”