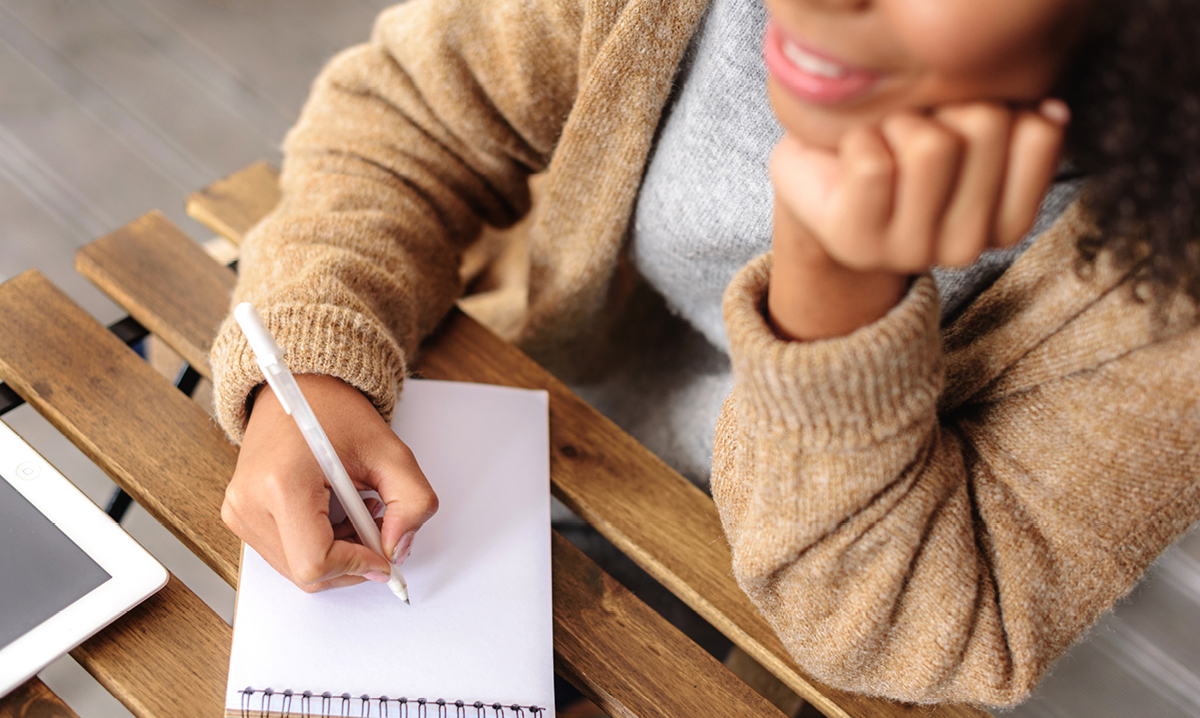 The opportunity to reinvent yourself in the New Year isn’t lost on tweens and teens. Many young people seek self-improvement this time of year.

Consistent with their sky’s-the-limit approach to life, teens’ goals may be expressed in grandiose terms. Don’t try to talk your teen down. Audacious ambitions – like getting straight A’s or saving enough for a car – are achievable little-by-little.

“The biggest challenge to behavior change is the teen’s own internal ambivalence,” says California psychotherapist Fran Walfish. Kids need to know parents believe in them, especially when they’re not feeling self-confident.

Tweens and teens won’t change unless they are personally motivated, says Walfish. So consider yourself a consultant.

Read on to learn how to help your teen tackle four common self-improvement goals. Then, check out a list of positive and healthy resolution ideas for kids and tweens and our tips on how to help kids set New Year’s resolutions. With these guides, you’ll rock the role!

TV reality shows highlight fast and furious weight loss. “Teens should aim for a gradual 10 percent loss of bodyweight,” says Dr. Keith Ayoob, the former director of the nutrition clinic at the Children’s Evaluation and Rehabilitation Center of Albert Einstein College of Medicine in New York.

That amount lowers the health risks of obesity. If your teen wants to lose 25 pounds or more, encourage him to take the long view. One pound per week adds up to more than 50 pounds in a year.

Support your teen by ensuring everyone is on board. If siblings or grandparents sabotage the teen’s efforts to change, intentionally or unintentionally, you should intervene.

“Teens who need to be comforted may swallow their feelings, both literally and metaphorically,” says Ayoob. Parents should examine their own attitudes, too. “It is hard for kids to understand that weight loss isn’t a cosmetic issue, it’s a health issue.

“Teens are loaded with insecurity under the best of circumstances. Highlighting cosmetic benefits of weight loss – or saying ‘You’ll be so pretty when you’re thin’ – only triggers low self-esteem and self-doubt.”

Ultimately, “kids are in control of their own bodies,” says Walfish. Be careful not to claim control.

If your teen is interested in getting active, perhaps it’s time to join a family fitness center.

Teens who want to save money should start with the end in mind, then plan backwards, says Mandy Williams, money skills educator and co-author of What I Learned about Life When My Husband Got Fired.

Once your teen chooses a big, round figure, help her break it down into weekly savings goals. Saving $20 per week from her allowance and $40 per week from babysitting adds up to $260 per month.

“Having realistic interim goals sets teens up for success rather than failure,” says Williams.

Coffee at Starbucks and a couple of new apps for her iPhone can easily bust your teen’s budget. Record-keeping makes teens aware of mindless purchases and reveals opportunities for improvement.

This strategy also works to curb snacking, wasted time and other thoughtless behavior.

Kids often lack the ability to identify areas for improvement, Little says, so parents can help by facilitating the problem-solving process.

That means asking lots of questions – like “Do you understand the lectures in class?” “Are you caught up on all your assignments?” and “What resources do you need to get organized?”

Kids who struggle with math may not realize that their problems are due to poor language comprehension, says Little.

Students may procrastinate on a project because they can’t remember the steps: collect information, organize an outline or write a draft. Help your teen to break assignments into steps and create a work schedule. This will reveal obstacles and needed resources.

“If both you and your teen have a shy temperament, you’ll understand your child’s challenges,” says Walfish.

If you’re an extrovert, it may be harder to empathize. Overcoming social anxiety is excruciating for shy kids, Walfish says, so parents need to be patient and compassionate.

Offer to practice role-playing anxiety-provoking situations with your teen, like asking someone out on a date or speaking in front of the class. Be a loving, non-judgmental audience.