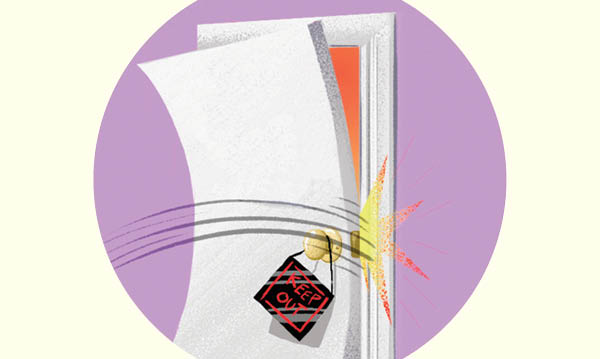 At some point, kids start lashing out with jarring words and startling actions. The main culprit is typically the tween years, roughly ages 10-14, when kids begin combating wacky hormones and a dubious pre-adult identity. You needn’t watch Pixar’s Inside Out to know anger is a part of tween (and all-around human) hardware. But dealing with it isn’t always easy. For help, we asked adolescent psychiatrist Kelly Rogalski of Henry Ford Medical Center – Columbus in Novi.

When your child loses her cool, pick your battles. The eye roll or exaggerated sigh can be regular occurrences when dealing with a tween, Rogalski says, and may not be worth an interception.

“Family, friends and school are the three big stressors at this age,” Rogalski says, and can prompt a tween’s anxiety. An inflated sense of independence can feed that angst and persuade tweens to “question the parents” and “talk back more frequently.” And when they don’t get their way, everything from “stomping feet to hitting, kicking, slamming doors and pushing siblings” – or even frustrated outcries like, “I just want to punch him!” – can ensue.

Everyone wants to win their own argument, but taking a tween up on her battle cries? Don’t go there, Rogalski says. “Keep your own voice calm and check your own behaviors. Take a pause and separate from the situation,” just as you’d urge your child to do, whether the outburst is at home
or in a public space.

“The biggest mistake one can make is having that separation, waiting for the tween to calm down, and then never talking about (it).” And don’t simply tell the child he was being unreasonable. Ask him about his anger, she says.

“Many times, tweens are more honest than we expect them to be,” Rogalski says. Opening up a dialogue, and regularly checking in, can get a tween thinking about her anger – and more positive outlets. “You don’t necessarily need to ask a lot of questions, but show your presence.”

Warning signs include “the child getting into trouble at school, physically harming someone or inflicting harm on themselves,” she adds. “Any of that would suggest (getting) at least a professional evaluation by a counselor or a psychiatrist.”

If your tween isolates herself or exhibits “a persistent irritability between outbursts” and never seems to have a “happy mode,” the root of the anger may run deeper than the throes of puberty. “Effective help is out there,” Rogalski says. Don’t hesitate to seek it out.