When David Rosenberg started medical school, he was overwhelmed by the list of tasks required of him every day.

“When I started, I remember thinking, ‘How in the world am I going to remember to do all of these things?’ and so I would write down a long list in my notebook and I would check off all the things on the list,” says the psychiatry department chair of Wayne State University in Detroit and a child and adolescent psychiatrist.

“Then I would know, ‘Oh gosh, I forgot to check the blood count on such-and-such patient!’ and, as I got better at it, I got less and less reliant on the notebook.”

He says the transition to more responsibility in different phases of life – like from lower elementary to upper elementary or elementary school to middle school – can put kids in a similar state of anxiety due to the pressure of a new set of expectations.

Although a child losing her third pair of gloves in a single winter can make a parent want to throw a tantrum, kids ages 7-10 are grappling with that sudden increase in responsibility.

“As you go through different phases when there are more demands, it can result in losing things,” Rosenberg says. “Losing their book bag or gloves is a common thing, because they’re doing so much, always running around, they might just have a lot on their plate.”

Why can’t my kid keep track of things?

“It’s a host of reasons. If it’s sporadic, it could be sleep deprivation or being focused on other things,” Rosenberg says. “When it’s more persistent, you’d worry about certain pathologies, like focus and concentration issues including ADHD. Because when you have too much energy, forgetfulness is quite common.”

Other underlying issues that could be causing forgetfulness or loss of focus are anxiety disorders and depression, he says.

While sleep deprivation, hyperactivity, anxiety and depression are all treatable, for some people, losing things can be something deeper – people can actually have a “genetic predisposition” for it, he says.

“There are those who are very neat and precise, arranging socks or things in drawers, and others who never really get that message or ability, and they tend to be messier and more disorganized.”

“The question really is, ‘How much can organization be taught?’ You’re not going to train someone very disorganized into an obsessive, compulsive person,” Rosenberg adds.

“It can be a biological predisposition made different by the environment in which you live – if your brother and sister or parents are very disorganized, those can be behaviors you model, so there’s no one-size-fits-all explanation.”

How can parents help?

Parents may find it hard to deal with kids chronically losing things, Rosenberg says, but making the child feel bad about the mistake will only make the issue worse.

“If you react by yelling and screaming, it’s not likely to be successful,” he says. “It can make the child feel bad and add stress to the situation, and the more stressed and anxious they are, the more difficult it is to focus. It’ll make it worse, long term.”

Instead, he says parents should start by simply asking their children in a calm way about their frequent losing of things. He says asking kids for suggestions to help them is the first step.

Then, take concrete steps to set children up for success. Rosenberg’s first suggestion is the same one he used when he was adapting to the demands of medical school.

“Practice strategies to remember, like a checklist,” he says. “You don’t have to do it like a doctor; just add two or three items, like ‘hat, mittens, bookbag.’ You start with that, and you can add to it, and that can be enormously successful.”

He says for some kids, it can really be biologically impossible to remember everything. In that case, getting teachers involved might be necessary – and, if siblings attend school with the child, they can help too. Have a brother or sister check with the child on the way to the car that there’s nothing missing.

“The whole family can get involved – how can we all get better? Because if we’re that way as a family, we can do more things, take more vacations,” he says. “Motivation and inspiration can go a long way.”

Pro tip: If you wind up planning that vacation, check out our vacation checklist to help kids not forget anything for your travel plans.

Why Teens Tune Out Nagging Parents (and How to Do Better)

How to Deal with Self-Absorbed Teens 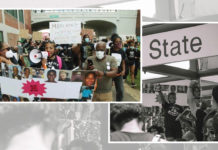