Home Health & Fitness Mental Health & Self Care Why Perfectionism in Girls is so Pervasive – and How to Change...

“She puts so much pressure on herself.”

Have you ever said this about your own daughter? Unfortunately, you’re not alone. We want our girls to be empowered and successful. But somewhere along the line, something can go sideways.

It’s almost baked into our culture. There are seemingly flawless “influencers” on YouTube and the constant quest for social media likes. There’s the “better” team to shoot for and the “perfect” test scores to get into just the right college.

None of that’s inherently bad. Working toward goals helps girls stretch their skills and learn. Striving for perfection, though, does the opposite.

Gradually, mistakes can become flashpoints of failure instead of chances to grow. She may over-prepare yet feel woefully underprepared. It can even get to a point where girls actively avoid challenges if they feel there’s a chance they’ll fall short.

In fact, 7 in 10 girls feel they’re “not good enough or do not measure up in some way, including their looks, performance in school and relationships with friends and family members,” the Dove Self Esteem Fund notes in its Real Girls, Real Pressure report.

And how we react is something Rachel Simmons, the so-called “girl whisperer” and author of 2018 title Enough As She Is, calls out in a Washington Post piece.

“The very phrasing of the statement – ‘on herself’ – lays blame for distress at the feet of our teens,” says Simmons, a Massachusetts mom to a daughter. “It puts the onus for change on kids – just chill, we seem to be saying, and you’ll be OK! … even as we may unwittingly exacerbate their distress.”

The perception of perfection masks a serious, even dangerous, downside: It breeds insecurity, not confidence. Learning how to deal with failure, on the other hand, builds true self-esteem and resilience – two traits that figure more directly into success throughout life.

So how do you combat the constant barrage of messages aimed at your daughter that she should be perfect – especially if you’re inadvertently sending those messages yourself?

Coaxing your child out of the perfection trap isn’t easy. It means letting her make, and own, her mistakes – and celebrating not her accomplishments, but her willingness to keep trying.

“Perfectionism is the fear of making a mistake or not being good enough,” explains Stephanie O’Leary, Psy.D., the author of Parenting in the Real World. “That’s the foundation of perfectionism, but (in kids) it can manifest itself in different ways.”

For example, take a grade schooler who frequently raises her hand to answer questions in class. Ninety-nine percent of the time, she gets the answer right. But that one time she gets the answer wrong might compel her to stop trying because she doesn’t want to feel bad or have others see her make a mistake.

If perfectionism is her aim, she learns to avoid raising her hand, which also keeps her from making a mistake. In social situations, perfectionism might look more like the staged photos on teens’ social media – the teen is striving for the ideal image to get a certain amount of likes or reactions to validate her self-worth.

In either instance – academically or socially – perfection makes your world smaller, O’Leary says.

“If your expectation is, ‘I need to be 100 percent or better before I try something,’ then you will edit your experiences. You will limit the opportunities you seek out to stay safe rather than trying something new and risking not being perfect.”

Why girls are more prone to the trap

“Stereotypically, girls are given so much more praise when they’re polite, attentive, people-pleasing and easy to work with,” says Jenna Palumbo, LCPC, a mental health therapist in Chicago.

Add to that, society tends to praise boys for being tough and girls for their appearance and good behavior. In a school setting, that can lead girls to avoid behaviors that may chip away at their idea of perfection.

“For perfectionists, school likely came easy for them up until third or fourth grade,” Palumbo says. “This means that in their most formative years they didn’t need much help or redirection, so they didn’t learn how to ask for help at all.”

But once they enter middle school and the topics become more challenging and require asking questions and making mistakes to learn the concepts, perfectionists may be reluctant to reach out for help. “They almost see it as a character flaw if they need help,” Palumbo explains.

Generally speaking, girls also pick up on emotional cues more than boys, Palumbo adds. For perfectionists, this means they cue in to even slight suggestions they’re not meeting another person’s expectations of their behavior. They’ll then adjust their behavior to seek acceptance and avoid standing out, which can draw more attention to their perceived flaws.

“When (girls) try to be perfectionists, they’re losing that ability to learn from failing,” Palumbo says.

How parents feed the beast

Over time, focusing on what your child achieves instead of your child’s efforts can give her the impression that her worth, and even your approval of her, revolves around her ability to get certain accolades – the top grades in school, the lead roles in the play, the point guard on the basketball team.

Again, encouraging kids and teens to set reasonable goals guides them. But when she feels constant pressure to meet expectations beyond her capabilities, from her parents, friends and herself, it can lead her to fear failure.

“Focus on effort, instead of result,” suggests Greg Oliver, a child and adolescent psychologist at Henry Ford Medical Center in Troy. “Focus on how hard your child is working, even if the outcome doesn’t turn out as you, or your child, would expect.”

Making that shift toward recognizing effort can be challenging, but ultimately it teaches your child that the experience and progress is more important.

“Parents need to encourage kids to be comfortable with discomfort,” Oliver explains. “Things don’t always work out the way they thought they would. Things aren’t always perfect and kids need to be OK with that.”

Oliver also cautions parents to avoid the labels and messages that can go with emphasizing achievement – like “you’re so smart,” “you’re so talented,” or “you’re a genius.” For example, when commenting on a test taken at school, a child might say, “I did the best I could, but I didn’t do amazing.” The child is labeling her effort and basing her confidence on trying to achieve “amazing.”

So how should a parent react? Oliver advises parents to “focus on the struggle.”

“If the parents can say, ‘This is tough and I know you’re working hard,’ without labeling it good or bad,” he says.

Alternatively, when parents dismiss a child’s concerns with, “Oh, you did great,” or “Don’t worry about it,” a child feels like the parent doesn’t understand, recognize or value her effort.

Shifting from success to resilience

Favoring progress over achievement can be difficult for parents, who are also bombarded with messages that their own worth is directly tied to the measurable and perceived success of their kids.

A recent study of more than 40,000 college students from the U.S., Canada and the U.K. reports in part that “pressure to raise successful children in a culture that emphases monetary wealth and social standing has several consequences for the behavior of parents.”

Foremost, there’s evidence that recent generations of parents are responding to pressure by spending far more time with their children on academic activities. At the same time, the report found parents spending less time with kids on hobbies and leisure activities, while parental control and micromanaging has increased.

“For parents, I would say to start shifting their thinking away from taking their child’s outcomes personally,” Oliver says. “I’ve had parents say, ‘It’s my job, my responsibility to set up my child for future success.'”

He understands that perspective from his own experience as a parent, too. Still, guiding your daughter to take responsibility for her actions, to learn from her failures, helps her become more resilient.

While there’s no big award at the school assembly or grade for “most resilient,” helping girls develop the ability to learn from their failures and to take risks without knowing the outcome can go a long way toward them becoming independent, self-sufficient women. And as a parent of a daughter, isn’t that the ultimate definition of success for your child? 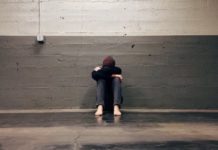 Teaching Children About Suicide Risks in Others 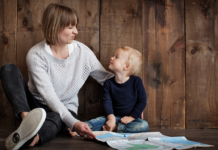