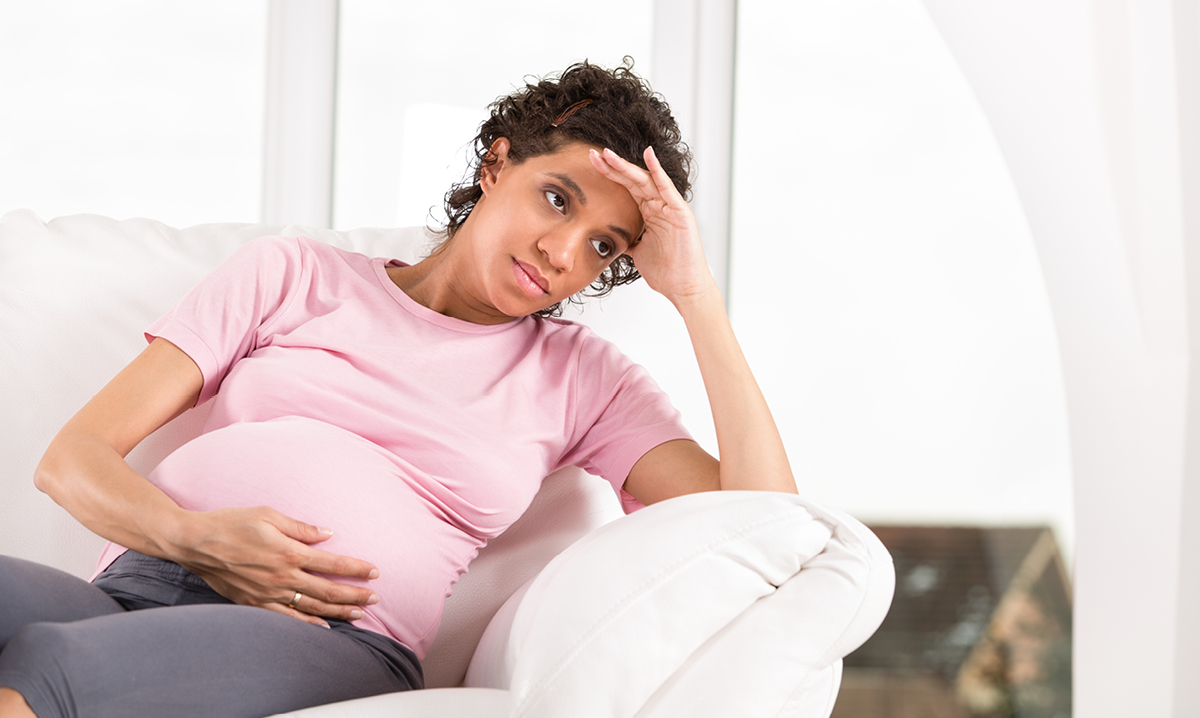 It’s a common thought during pregnancy, when strange aches can leave you questioning what’s normal. For many women, pubic and pelvic pain are top offenders.

These pains “down there” can be due to a variety of causes, says Dr. Mark Werner, a private practice OB-GYN with Beaumont Hospital in Royal Oak. Fortunately, most are harmless and just a sign that things are progressing as they should.

“It’s pretty much universal,” he says. “The uterus is growing and the baby is growing. Things are shifting.”

This explains much of that pelvic pain. Typically felt in the soft tissue above the pubic bone, it occurs during any of the nine months but is most common early on.

“It could happen at the very beginning because all of a sudden the uterus fills up with blood, it’s stretching, the uterus starts to grow,” Werner explains. “It’s almost like period cramps.”

While women tend to get used to this feeling as the pregnancy progresses, a different type of pelvic ache can emerge in the second trimester: round ligament pain. This can feel like a sharp or pulling pain on one or both sides.

“As the uterus grows, the round ligament starts to stretch,” he says. “That usually comes in at around 15 weeks.”

Women often get a break from pelvic pain between 16 to 34 weeks of pregnancy, though constipation and other aches are possible at any point.

Pubic pain, meanwhile, is a specific type of pain related to the pubic bone – a part of the pelvis located right in front of the bladder. A piece of cartilage in this bone actually pulls apart during pregnancy.

“The piece of cartilage expands and pulls apart so the baby can go through the pelvis, so some women get pubic pain right on the pubic bone,” Werner says. “The pubic pain can be felt at any time, but usually more towards the end, from 30 weeks on as the baby gets bigger and the pelvic bone starts to stretch apart.”

While pelvic and pubic pain are usually harmless, they could point to issues like a kidney stone, gall stones, appendicitis, a cyst on the ovary, premature labor or another problem.

“It’s always better to err on the side of calling and checking it out,” he says.

Report any severe or unrelenting pain to your OB-GYN immediately. Pain that gets worse when you press on your abdomen is also a cause for concern, along with pain accompanied by vomiting or diarrhea.

“If you can’t move, you’re curled up in a ball, if you touch your abdomen and it hurts when you touch it, then that’s a sign there’s something wrong,” he says.

When the pain is just a part of pregnancy, though, finding relief can be tricky. Most doctors won’t advise medication, Werner says, but physical therapy or a “belly band” could help. “It’s like an abdominal binder that holds the uterus and ligaments in tight,” Werner says. “Sometimes if you get a little support, it feels better.”

Despite the discomfort, sometimes simply knowing your pain is “normal” can help ease any anxiety.

Once your doctor gives you the OK that the pain isn’t a sign of anything harmful, he says, “With some of the stuff you just have to say ‘OK, well it’s normal. It’s supposed to happen.'”