Good Classes to Take as a Freshman in College

No matter if you're undecided or have your entire future mapped out, discover some all-around solid classes to take as a freshman in college. 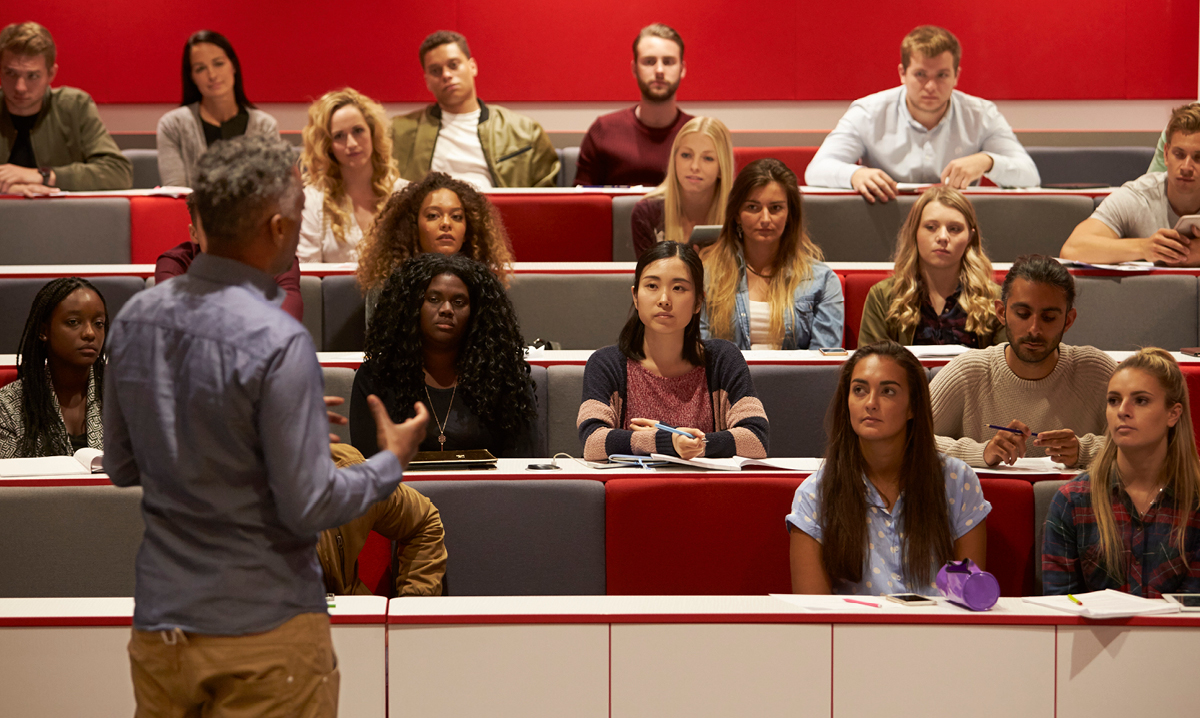 With all of the stress put on high school seniors to have their entire college plan mapped out, many students are left feeling lost or stuck doing something they aren’t passionate about.

So it’s important, whether a major is declared or not, to consider some fundamental classes to take as a freshman in college to open the world up – and preview the options available to help your student find the route that’s right for him or her.

Alicia Apperson, senior academic advisor at Eastern Michigan University in Ypsilanti, offers the scoop on which classes will help students now – and way beyond college.

Writing is one of those skills that transcends all careers and is absolutely essential to have in your skill set. If you know how to write, you know how to express your thoughts and feelings.

“Every single class moving forward will require them to know how to write for understanding and preciseness,” Apperson says.

And especially in the age of social media – with a 280-character limit on Twitter – Apperson says concise writing is important.

Similar to writing, taking a speech class is beneficial for life in general. Knowing how to connect with others vocally is just as healthy as knowing how to write those thoughts and feelings down.

“You have to be able to communicate effectively in different ways – not just relaying information, but debating and persuading,” Apperson says.

Apperson explains that students need to know about various methods of communicating before going straight into argumentative speak.

And this is where some students groan. But math is essential to life outside of college.

Apperson suggests taking the math class that you place into according to a math placement test.

The longer you stay away from math, Apperson adds, the easier it is to lose those analytical skills.

Math teaches you how to tackle a big problem by breaking it down into smaller pieces and solving those one at a time – which can be a beneficial skill for later in life, says Apperson.

Always look at the fun classes to take as a freshman in college, too. Apperson says these give students some leeway to enjoy their first semester and to acclimate.

Depending on what your college offers, these can include anything from intro to ceramics to theater. But it isn’t just about studying a specific medium, Apperson says.

Students learn how to be creative, how to act in different ways and how to think outside of the box – while also developing a new lens for viewing their world.

And it’s important to note here that with high schools cutting art programs, many students never really get that opportunity to tune into their artistic side – so now they have that chance.

Human relations are another solid pick among the key classes to take as a freshman in college – and these courses can include anything from psychology to sociology or even gender studies.

They’re important, Apperson says, because when a student leaves his or her city (or the comfort level of high school) for the first time, college can be overwhelming. These classes help.

“There’s lots of diversity,” Apperson notes. That means students need to learn how to interact with people who aren’t like them – and HR courses can teach young adults why people are the way they are.

Also, Apperson says such options help break students out of their comfort zones – which is another positive thing.

Now that you know the most beneficial classes to take as a freshman in college, let’s back up a bit and see why it’s important to take general classes like these – during your first year of college, especially.

Apperson says it’s all about learning first what you’re interested in. And yes, this also goes for the students who think they know exactly what they want to do already.

In addition, Apperson notes that these classes teach students what interests them – instead of having them feel like they need to already have a career set in stone.