What Colleges Are Looking for Right Now

Wondering what colleges are looking for in 2019-20? Counselors and admissions directors answer the big question every aspiring college student is asking. 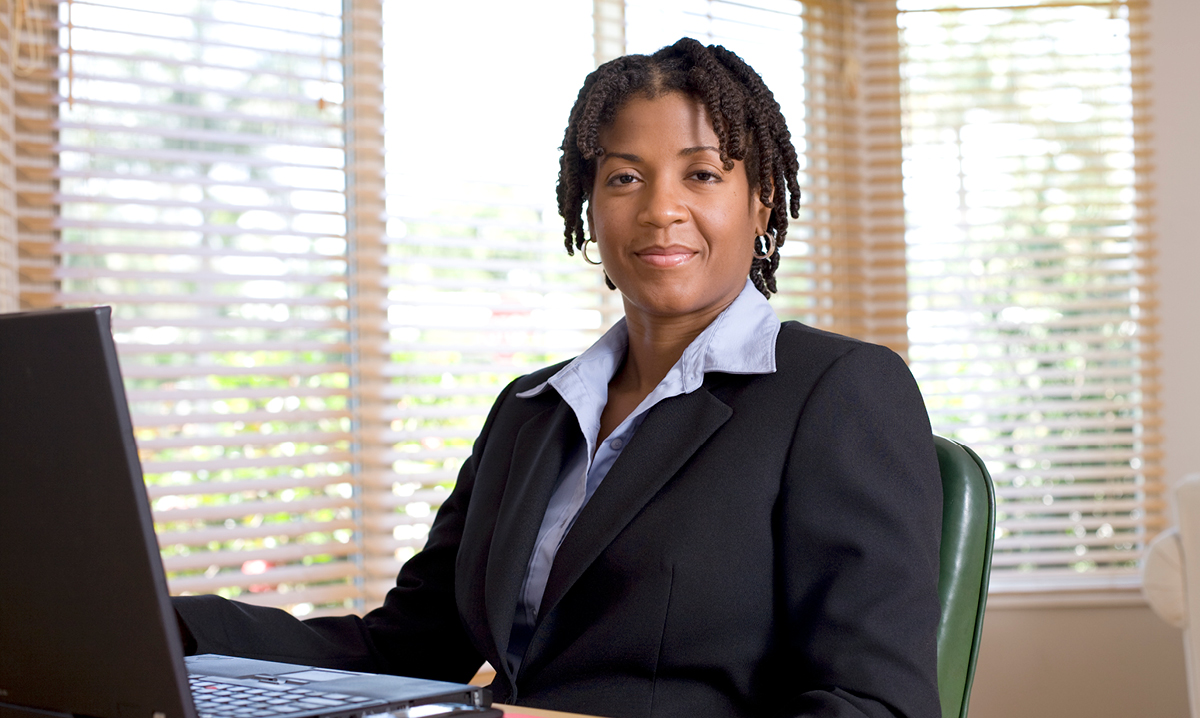 This past year, college admissions dominated the news thanks to a wide-reaching scandal with ties to celebrities, the ultra wealthy and elite colleges.

In some instances, parents were buying their kids’ acceptance into prestigious colleges by faking the kids’ involvement on sports teams. And other parents were paying to have someone else take their kids’ college entrance exams, upping their scores just enough to get into their target college but not enough to arouse suspicions.

The truth is there’s no secret about how kids get into their chosen college. It’s still a matter of hard work for the college-bound and choosing a college that fits them academically, socially and financially.

No wonder, then, your child is likely to hear conflicting advice from a variety of sources, including friends and online forums, on ways to make her application appealing to her top schools.

So Metro Parent turned to a variety of sources, from college counselors to admissions officials, for a breakdown of what colleges are looking for – and what really makes a difference when it comes to your child’s application.

Rigor in their coursework

Your student’s class choices tell the college admissions officials a story – his transcripts reveal what types of classes he took and how he did in those particular classes.

It’s not necessarily about having your child take the most difficult classes available at his school, but instead classes that challenge him, while still providing the chance for him to excel. For example, taking all AP (Advanced Placement) classes but doing poorly probably won’t reflect well on his overall transcript.

So too, if your child doesn’t take any challenging classes but receives straight A’s, that might be a cue to the admissions officials that he wasn’t willing to opt for tougher coursework.

Erica Sanders, the director of undergraduate admissions at the University of Michigan, explains it this way: “In addition to academic accomplishment, which includes grades in academic courses, rigor of curriculum in context with rigor available to the student at their high school, trends in academic performance and test scores, we’re also looking for evidence of persistence, drive and motivation to challenge themselves – which will prepare the student well to take advantage of the many opportunities we offer throughout the university.”

Rigor is a frequent word you’ll hear among college counselors and admissions officials – they’re seeking students who will thrive at their school with the added challenges, and opportunities, that come with university life.

Patrick O’Connor, Ph.D., the associate dean of college counseling at Cranbrook Schools, notes that the way he advises students about choosing a “rigorous” course load is to “make sure you’re taking the most demanding classes you can do well in.”

Depth in their extracurricular activities

“When we ask colleges about (what extracurriculars they’re looking for) there is no ‘silver bullet,'” adds O’Connor, a father of two, who’s been involved with college counseling for 35 years. “There’s no ‘play this sport or this instrument or spend this many hours volunteering at a soup kitchen.’ There’s no one-size-fits all.”

Instead, when it comes to what colleges are looking for, the focus is more on students who show they’ve truly been involved in whatever extracurriculars they do participate in. In other words, it’s a matter of quality over quantity.

“There’s a common misconception that kids should be in seven different clubs and the reality is that, given the choice, colleges would rather see students who are involved in maybe two to three but have engaged in leadership positions within those,” notes O’Connor.

Don’t be surprised to see on application material that colleges are looking for something along the lines of a “well-rounded individual,” or they look at the student “holistically.”

And yet what that idea translates into can be more difficult to put into a class schedule or a list of extracurricular activities and clubs.

Holly Markiecki-Bennetts, a school counselor at Mercy High School in Farmington Hills and the immediate past-president of the Michigan Association for College Admission Counseling reassures students and parents that “holistic doesn’t mean that you have to be involved in everything.”

Instead, Markiecki-Bennetts suggests that for colleges, it means they consider what the student does in and out of the classroom and how that reflects who the student is as an individual.

In other words, colleges are looking for the kinds of qualities in students that will blend well and add to their college as a whole.

“We’re very fortunate at Cranbrook that we have around 140 to 150 college reps that come to visit our campus and when they come in we ask them what they’re looking for,” O’Connor says.

“That surprises our students. What the college really wants to do is put together a collection of learners who can support each other.”

Test scores that align with their school’s student body population

While colleges do factor in requirements other than test scores, the SAT and ACT still have their place.

“Standardized tests such as ACT and SAT level the playing field for colleges/universities looking to screen applicants,” says Jen Henson, M.Ed., a former teacher of 22 years who is now a professional test prep coach.

“With schools having varying GPA scales and varying degrees of rigor, it is tough to use GPA as the only means to screen. Instead, these tests are a tool colleges use to make sure that an applicant will be a good fit for their programs.

“In my opinion,” Henson continues, “colleges rely heavily on this score. These scores are also used as cutoffs for automatic scholarships at some schools. These ‘merit scholarships’ are a nice way for schools to attract top students.”

Review the college’s admissions page on their website to get a sense of the kinds of scores that students who are accepted have earned. Keep in mind, these are averages – not absolutes.

Your student may be on the lower end of the scale, or beneath it, and still get into her selected college. Teens should also look into what colleges are looking for as far as specific tests – some take the ACT or SAT, while others accept only one.

Authenticity in their essays

Next to test scores, probably one of the most dreaded parts of college applications is the essay. The good news is that not every college requires an essay anymore. Some offer questions for students to answer (and encourage brief responses), as opposed to an entire essay.

That said, the essay can be a real advantage to students – it’s the one place on the application where your child can express herself and fill in the blanks on details about herself that aren’t reflected anywhere else between the test scores and school transcripts.

“Students are more than their standardized test scores and GPA,” says Robyn Weiss, M.Ed., a Berkley High School counselor. “The essay is an opportunity for students to share who they are outside of those measures. An essay should come from a student’s point-of-view and in their own voice. An authentic essay makes for a strong application.”

You might explain to your high schooler to think of the essay as more of a conversation versus a piece of writing. Since the college doesn’t have the chance to sit down with each student and interview them individually, the essay can act as that interview – just on paper.

Meredith Lombardi, associate director of outreach and education at The Common Application, an online tool students and colleges use to manage college applications, frames it for students this way: “Colleges aren’t looking for perfection, they’re looking for how you’re going to contribute to their community.

“Students get so overwhelmed and stressed out in thinking what are colleges looking for,” Lombardi continues, “when instead they should be thinking about ‘This is who I am.’ The truth is, if they present their authentic self and the college doesn’t accept them, then that’s probably not the right fit anyway and that’s OK.”

How colleges have responded to the cheating scandal

“There were some cracks in the system, and these individuals took advantage of those,” says Mandee Heller Adler, MBA, a certified education planner and founder of International College Counselors, of the scandal. “I don’t think this was institutionalized. The colleges didn’t know about it – it was the work of certain individuals.”

She goes on to say that parents often encounter situations where they could lie or cheat to seemingly help their child get ahead. “You could always do the wrong thing to benefit your child, whether you have money or not. I like to think as a society, though, that’s not who we are.”

O’Connor says, “Some admissions offices may be reaching out to school counselors more, just to make sure students are making accurate statements on their applications. This isn’t unusual. It just may occur more often.”

Overall, the college admissions scandal seems to serve as a reminder for all involved in the process – students, parents and college staff – to provide accurate information and to strive for transparency.

Metro Parent asked Judith M. Stahl, M.A., college counselor at Seaholm High School in Birmingham and president elect of the Michigan Association for College Admission Counseling, about changes in the perception and acceptance by students and families of options for higher education beyond the traditional four-year school.

“I’ve witnessed a slow acceptance of beginning a college/career journey at a two-year college transitioning to a four-year institution upon earning either credits or a full associate degree,” says Stahl.

“I feel this shift is due to two major factors. One, community college offers a lesser financial burden than a four-year college as credit hours are less expensive. With students/families facing tremendous debt, the option of reducing the cost of an overall education has encouraged more acceptance of heading initially to a two-year school,” Stahl continues.

“Second, with the exponential growth of college applications, colleges are becoming more selective to gain entry and thus, beginning at a two-year college can be a viable option for those who cannot gain direct freshman entry to their first choice school. Students can thus begin at a two-year school and transfer.”