Director of Detroit Preschool Nurtures the Next Generation 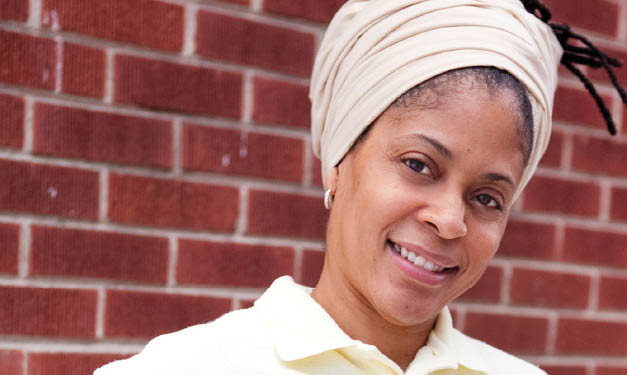 For Zina Davis, education is all about patience, respect and nurturing each child’s natural gifts. The day begins with meditation. As soft music or nature sounds drift in the background, several young students are encouraged to sit quietly, focus on their breathing and calm their bodies. Meditation is soon followed by affirmations: “I am truth. I am love. I am peace.”

The routine empowers children and helps them prepare their minds and bodies to learn, says Zina Davis, founder and director of Children of the Rising Sun Early Childhood Institute. Davis runs the preschool from her home in Detroit’s Brightmoor neighborhood.

“We focus on the mind, body and soul from a natural approach,” Davis says of the holistic and cultural education program she designed.

Founded in 2006, Children of the Rising Sun recently achieved the highest rating – five stars – from Excellent Schools Detroit, which produces a yearly scorecard measuring the quality of Detroit’s schools. The school draws parents from throughout the metro Detroit region who are seeking a particular inclusive, interconnected approach to their children’s education. Davis’ youngest of three daughters, 3-year-old Zara, attends, too. It became a dream of hers to raise her own child in the school, Davis says. But running an exemplary early childhood center wasn’t always among her aspirations. Years ago, she had a career mapped in the corporate world.

From corporation to classroom

Davis attended Detroit College of Business (now Davenport University) with an eye on a career in executive administration. The ’90s found her working at various Michigan businesses, but “I just knew that wasn’t for me,” she says. So Davis left the corporate world and began working at a day care program run by her family. It was there she discovered a passion for child care, inspired by the kids themselves, who she remembers being so excited to see her they’d run to the door screaming when she arrived.

“During that time, connecting with the children, (I thought) maybe this is my gift,” Davis says. As a child, Davis could frequently be found playing school indoors while other kids played outside.

“I always wanted to be a teacher,” she says. The transition to education was a natural one. Davis earned an associate’s degree in child development from Schoolcraft College in Livonia and worked as director in a couple Michigan child care centers, where she remembers feeling “a great need” for a more holistic approach. It was a need she felt she could satisfy.

“The children that gave the most difficult time to the teachers gravitated toward me, and I gravitated toward them,” Davis says. “They were in need of something that was missing, and I was able to give that to them. And it was just simple love and attention, patience, understanding, listening – simple skills. It doesn’t take much.”

While still working in the Michigan education system, Davis began preparing her own home to open up a school. In 2006, she launched Children of the Rising Sun.

Davis, who takes a mostly directorial role at the school, shares credit for the school’s success with her staff: lead teacher LaKenya Melton, teacher’s assistant Brianna Ware and elder volunteer Jane Works (aka “Mama Jane”). The intimate program – the school is licensed for 10 children – means each child gets plenty of attention. And an important part of the interaction is teachers taking time to listen to the children.

“To me, honestly, the children come here to teach us. We’re just guides for them,” Davis says. “I always train my staff and always ask of my staff to listen to the children, even though we’re doing assessments and … things like that. Sometimes the children can say profound things.”

The school’s daily large-group time of meditation and affirmations is often directed by the children’s suggestions, Davis says. Activities are designed to be age-appropriate and help the youngsters discover their natural gifts and interests. Children of the Rising Sun follows the HighScope early childhood curriculum, augmented by activities like gymnastics, children’s yoga, sensory art and African drumming. The school also provides healthy meals and snacks – no pork, red meat or chicken – with vegetables the children help grow in an organic garden.

The school year culminates in a graduation ceremony for the children moving on to kindergarten, some of whom have been with the school for a few years (the school accepts children between 3 months and 5 years of age, and is newly licensed to care for younger babies). Dressed in caps and gowns, the children receive a blessing from “Mama Zina” as they prepare for this next step of their lives.

“I feel that I’m responsible for their mind, their body and their spirit as they go,” Davis says, “so I bless them for their journey.”

Next steps on her journey

Davis’ own next step is working to transition Children of the Rising Sun to a commercial space, The Family Place on Woodward Avenue. A collaboration with Children’s Aid Society, the new location is planned to open in time for the fall 2014 school year. Davis considers her school’s recent five-star rating a sign that a new location is the right move.

“We worked so hard, and it really is worth it,” Davis says. “And that’s why I’m ready to transition (to a commercial space), because I know what that quality looks like.

“It’s been a real journey.”

There’s no looking back for “Mama Zina.”

“When I wake up in the morning, it’s a joy, for one, to work for myself – and to do something that I love,” she says. “It’s not a job to me. This is fun. This is exciting, creative, because every day I’m creating something new.”