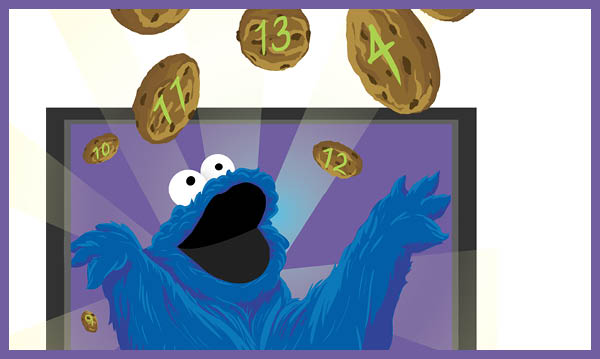 There’s no denying the popularity of Sesame Street, the famed PBS show that’s been entertaining preschoolers with colorful characters and tunes like “Rubber Ducky” and the “ABC-DEF-GHI Song” for over 45 years.

And it turns out Big Bird offers big benefits, according to a new study. In fact, kids who originally watched Sesame Street were less likely to have been held back in school than those who did not view the program growing up.

“It’s not just a random children’s television show,” says study author Phillip Levine. The PBS staple was designed as an educational program that prepared kids for school – and it seems to have been successful.

“We found that the effect was bigger for boys, bigger for African-American children and bigger for those who grew up in disadvantaged areas,” Levine, a professor of economics at Wellesley College in Massachusetts, says.

This isn’t the first TV-related experiment Levine and co-author Melissa Kearney have conducted. The inspiration to look closer into the world of Sesame Street came on the heels of their examination of MTV’s 16 and Pregnant‘s effects on the teenage pregnancy rate. “We heard some commentators say something like, ‘This is the best thing television has done for kids since Sesame Street,'” Levine says. So he decided to dig into just how much the show impacted children’s success in school.

Sesame Street’s main goal when it first aired in 1969 was to “reduce the educational deficits experienced by disadvantaged youth based on differences in their preschool environment,” the study notes. “It was a smash hit immediately.”

In those days, attending preschool was more of the exception, so a show like this was a potential way to prepare kids for school, too.

But did it? To test this, researchers stumbled on a surprise “natural experiment” – television reception. Very early on, only two-thirds of households were able to view the show. At the time, UHF, or ultra-high frequency, was a new type of TV reception, joining VHF (very-high frequency). Roughly half of the stations broadcasting Sesame Street did so in UHF, Levine says, and the others in VHF.

“Television was broadcast over wavelengths and, depending on where you lived, you would get great reception,” Levine explains. That provided a nice, mixed-background pool of U.S. toddlers to study. And, it turns out, it worked: Watching Sesame Street lowered the odds kids were behind their appropriate grade level by 14 percent. “If you got good reception when the show started,” Levine says, “you would see good outcomes.”

These days, preschool is more the norm. Even so, Elmo and friends have value, says Elaine Koons, an early childhood consultant with Great Start Collaborative Wayne County. “I know that Sesame Street put a lot of thought it in,” she says. “I think (the study) proves that Sesame Street is doing a good job.”

With so many kids shows – not to mention apps – now, screen time is another newer concern. Even the American Academy of Pediatrics suggests limits.

“The reason they say that is because it’s taking away from other things,” Koons says. But programming quality and parental engagement matter, too.

“Screen time with Sesame Street is powerful and wonderful,” Koons says, but it’s certainly not everything and should be part of an overall early education.

Levine agrees. “It’s essentially impossible for a television show to replace a teacher, but what a great way to augment a child’s learning in the classroom.”

And for kids who live in impoverished homes, this might be the only exposure they get to the richness of language, Koons adds. Hearing more words early on is critical. “Kids who don’t have a lot of words in their brain when they enter kindergarten are 10 miles behind these kids,” she explains.

So use Sesame Street as one of the tools in early childhood education with your little one. It can be fun for parents, too.

This Detroit dad discusses toxic masculinity and what it's like raising a son today.
Read more
Things to Do