Teaching Younger Kids How to Have Thick Conversations

One of the most impactful ways to prepare children under 3 for the rest of their lives is talking to them in 'thick' conversations. Here's a look at how to do it. 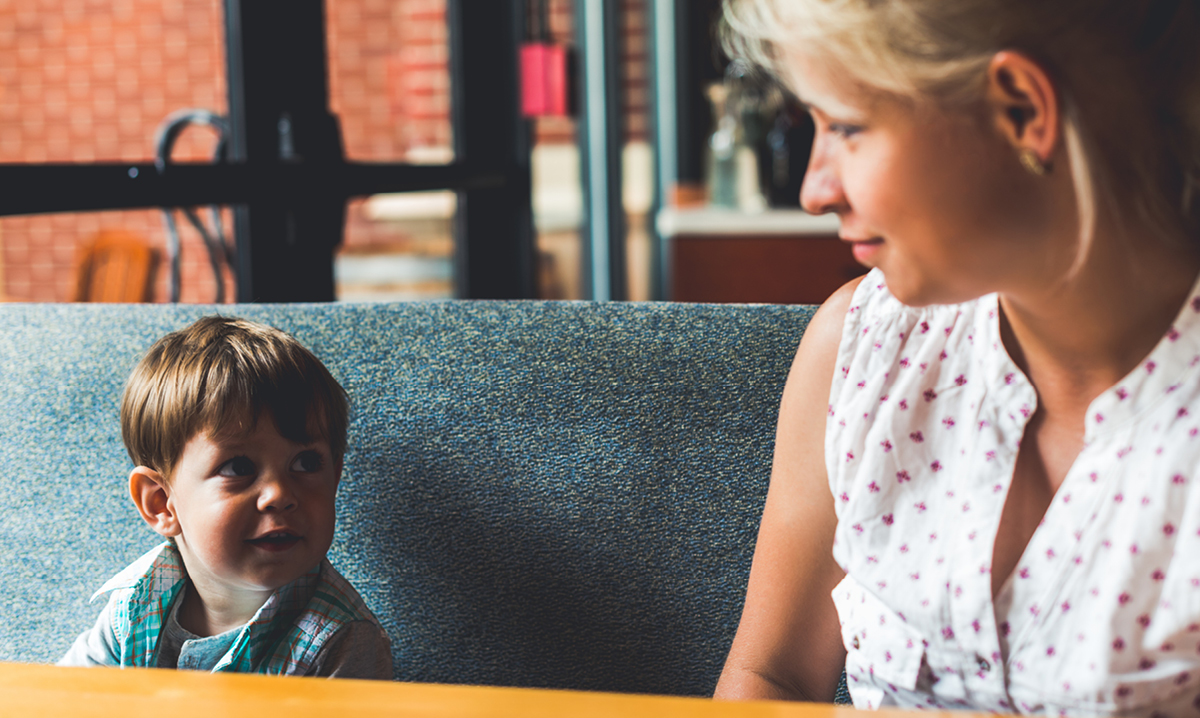 Between 80 and 90 percent of the brain is done developing by age 3, research says.

Those early years, starting in utero, are hugely important. The way the brain develops will influence how a child learns for the rest of his or her life, says Cindy Eggleton, CEO and co-founder of Brilliant Detroit, a Detroit education and community service nonprofit that does extensive early literacy outreach.

Early learning advocates are focusing more and more on finding ways to help parents better talk to their children. Studies show that how much and in what way parents communicate to their little ones has some of the largest influence on how their brains develop.

One of those initiatives centers on creating so-called thick conversations. Parents strategically engage with a child starting as a newborn through language by expanding their vocabulary, supporting higher level connection making and providing engaged attention and care.

“The way I look at it, this is the conversation,” Eggleton says.

What are thick conversations?

Talking is Teaching, a public awareness and action campaign, describes thick conversations as being “characterized by giving children many chances to speak and communicate, asking open-ended questions, encouraging them to think and imagine, and having many back-and-forth exchanges.”

“It isn’t enough to just say, ‘I talk a lot,” Eggleton says. “We’re not just talking about word count – it’s about how the word count is increased.”

“Parents actually talk in a kind of ‘parentese,'” she says, “and you’re doing that parentese more naturally in your native language.”

How to create thick conversations

There are four main parts of creating a thick conversation according to Talking is Teaching: taking turns speaking, extending children’s language, asking children what they’re doing and encouraging higher-level thinking.

Taking turns speaking, or “turn taking,” is “developing a person’s ability to have a conversation,” says Eggleton.

Eggleton says even if a child is too young to form full words, parents should pause to allow the child to “babble.”

The next step is to extend children’s language. Caregivers can do this by naturally adding in more descriptive words. Instead of saying, “The fire truck is fast,” say, “That big, red fire truck is racing past us!”

Eggleton says parents can run into problems with this step if they push too hard.

“It can feel like a grilling, instead of an exchange, but it should be an exchange,” she says. “It always has to be age appropriate – if you’re often in conversation with your child, you’ll know when your child feels pressured. You want it to be fun and enjoyable.”

The third facet of “thick” conversations is to ask children what they’re doing. Eggleton says this allows children to “own and develop” their own language. In the same way kids are more engaged with reading if they pick the book, they will feel more independence and ownership over the conversation if it’s centered around their choices.

The last step is to encourage higher level thinking, which Eggleton describes as, “looking beyond what’s exactly in front of the child to create connections with the world.”

“I would say something like, ‘So, Amanda, that’s a really cool blue ball! You know, when I think of blue, I think of other things that are blue. Take a look around here. Is there anything else you can see that’s blue?'”

“I’ve had parents tell me, ‘Wow, I didn’t know how smart my baby was,’ or ‘I am seeing my child talking more,'” she says. “Some of that feedback makes you feel like crying.”