Helping Teens with Anxieties about School After COVID

The shopping list for the upcoming school year seems to be ever-growing. When it comes to mental health, it's about to get longer. 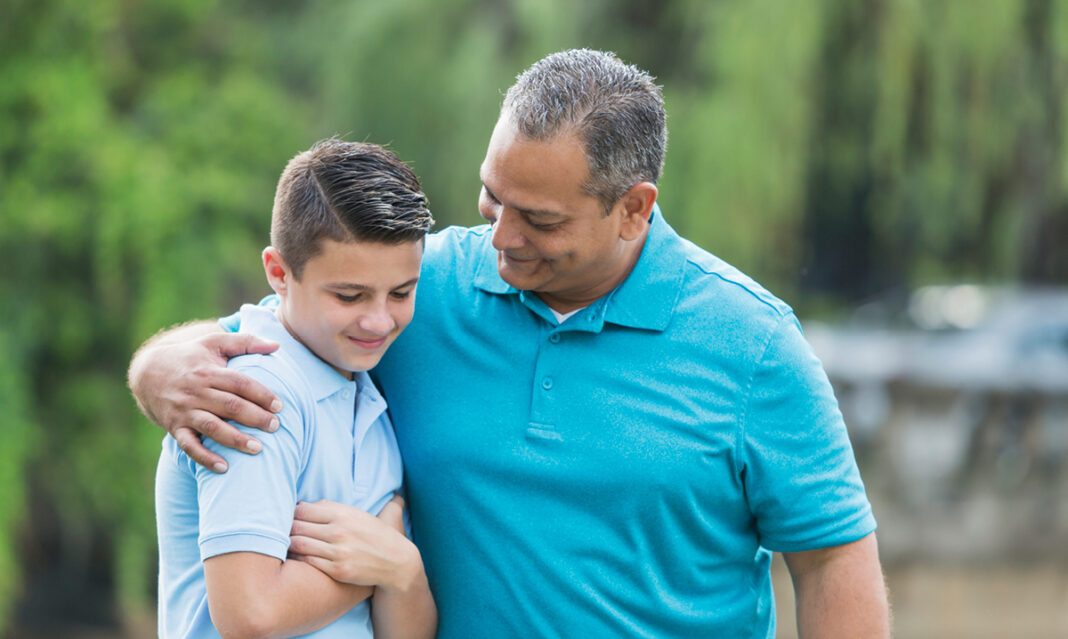 The school supply list may be filled, but there might be more to mark off, including some coping skills for anxiety. As mental illness rates rise among teenagers, child psychologists and therapists predict more school-related anxieties for middle and high schoolers as they return to a normal classroom setting.

These worries can range from educational gaps and falling behind in athletic skills to sitting in a full-capacity classroom and attending crowded in-person assemblies again.

“Whether kids were fully remote, hybrid or in some in-person learning, it was not how kids were learning before,” says Emily Bilek, Ph.D., a clinical assistant professor at the University of Michigan’s Department of Psychiatry. “Going back to school, probably with some sense of normalcy in fall 2021, will be a challenging transition for a large proportion of kids.”

Parents should watch for behavioral changes, says Mary Alvord, a psychologist and a member of the American Psychological Association. If they’re worried about making friends, but are still texting and gaming with peers, that’s OK. If they avoid making plans because of these fears, that’s an indicator to a larger issue.

Brittany Barber Garcia, the president-elect of the Michigan Psychological Association and a pediatric psychologist at Helen DeVos Children’s Hospital in Grand Rapids, says parents should encourage more socialization if their teen doesn’t prompt it.

Other signs of anxiety include disruptions in sleep and eating habits, heightened irritability, clinginess or withdrawal and concentration troubles.

Sleep schedule difficulties is a common issue for students during a summer break. Many experts say the pandemic inflated it.

A healthy sleep schedule clarifies thoughts regulates moods and emotions. Without the incentive last year to wake up early for swim practice or catch the bus, students were “sleeping later, rolling out of bed and onto Zoom,” Alvord says.

Barber Garcia says parents should gradually re-establish healthy routines, such as eating three meals a day or exercising a few days a week. This can also be a time for parents to rest. Re-adjusting sleep schedules can wait until August, Barber Garcia adds.

If the to-do list seems daunting, parents can focus on one goal at a time.

“What is one mentally-healthy routine you can establish this summer?” Barber Garcia asks. “Maybe it’s creating 15 minutes of time for stillness, for mindfulness, for reflection, for gratitude, for prayer. Fifteen minutes every day for stillness can go a long way in promoting well-being.”

At times, encouraging 12- to 17-year-olds to discuss their concerns can be akin to removing sticker residue. If your child exhibits signs of anxiety this summer but won’t talk, “model a culture where you talk about emotions,” Bilek says.

Parents can do this by casually asking their teens or tweens how their day was or how they’re feeling. A foundation to these conversations should be validation and genuine listening, according to Bilek.

Bilek offers an example: Your tween hasn’t played on a basketball team for more than a year because of the pandemic. His or her friend has a hoop in their backyard and practices every day. Now, your child is worried he or she won’t make the school’s varsity team this upcoming year.

Bilek says 2 and 3 are the best route for guiding a situation like this, as they allow the tween or teen agency in how they handle their worry.

Let middle and high schoolers “struggle a little bit in (feeling anxious), to realize they can feel that emotion and be OK,” Bilek says.

Communication isn’t always verbal. Some teens better express their emotions and thoughts through writing, so parents can consider exchanging letters about their teen’s school anxieties.

“Even if a conversation never happens, what you’re doing in that moment as a parent, you’re showing ‘I care,'” Barber Garcia adds. “What we need to do is create a space and environment in which our teens might approach us with the conversation.”

COVID-19 delivered a doubling of grief with lost family members and friends and missed rites of passage. Alvord recommends parents celebrate achievements, such as graduating middle school or taking the ACT or SAT, no matter how delayed they may be.

“Whether it’s safely camping or social-distance meeting with a friend in the park, inspire some hope,” Henderson says. “Give kids things to be hopeful for, to see things are getting better. … There’s going to be a new normal, but we can still enjoy life.”