Spatial intelligence is the ability to visualize a change in the position of things. Here are some tips to help grow your preschooler's spatial thinking. 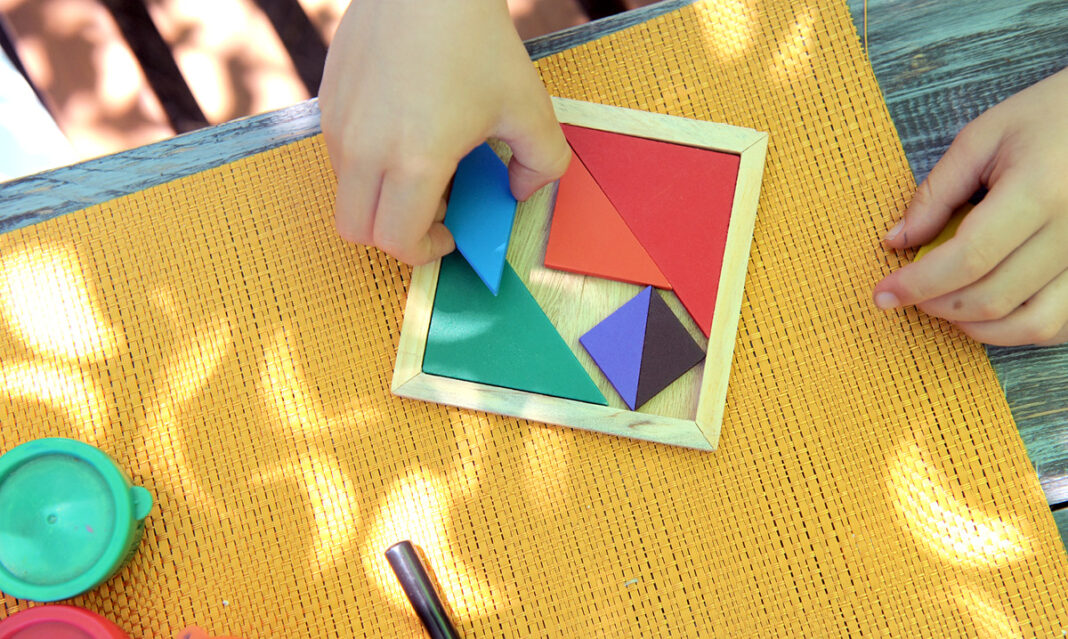 Grow preschoolers’ spatial thinking to prepare them for academic success

Many parents work hard to develop their kids’ math and reading skills in preparation for school, but there is one important piece to the puzzle that is often overlooked simply because parents don’t know about it: Spatial intelligence.

Spatial intelligence – also known as spatial skills and visuospatial skills – is the capacity to visualize and change the position of objects, people and spaces in the “mind’s eye.” According to Dr. David Uttal, a professor at Northwestern University and a spatial cognition researcher, having good spatial intelligence has been shown to predict who will enter and succeed in science, technology, engineering and math.

And, he says, it can be improved through practice. It can even be fun.

Ways to teach it at home

Dr. Shannon Pruden, professor at Florida International University and director of the Project on Language and Spatial Development, found that parents who use rich spatial language with their children help their children develop better spatial skills over time.

So, instead of only using color words to describe objects, parents should use – and encourage their children to use – more specific descriptions of the locations, sizes and shapes of objects and the spaces they occupy. For example, instead of saying “bring me that blue book,” use rich spatial language such as “bring me that large book on the top shelf to the right” to encourage spatial thinking.

Reading books that feature spatial language, exploring scenes from multiple angles or highlighting maps and journeys are great ways for parents and children to use spatial language. Keep in mind, too, that taking the time to talk about the illustrations and spatial relations with kids is the key to encourage spatial thinking.

Activities that require folding also encourage spatial thinking, so parents can engage children in origami and other paper-folding crafts, wrapping presents and even folding laundry (as long as parents make it fun!).

Playing with construction and building toys such as Legos, marble runs, Magna-Tiles and wooden building blocks helps foster spatial thinking because they allow children to both visualize and physically explore spatial relations among and between objects.

If parents allow their kids to play games on a digital device, there are several apps that might help children think spatially. Search keywords like “visuospatial games,” “spatial training games” and “mental rotation games” in the mobile app store.

Making and following maps helps children think about spatial relations on a larger scale. For example, parents can have their kids hide an object, then draw a map for them to follow in order to find it. Similarly, building and completing obstacle courses where children have to go over, under and to the left and right of objects is a fun way to develop children’s spatial thinking while also promoting movement.

Who says you can't have breakfast for dinner? These local restaurants offer pancakes, sausage, hash browns and other first-meal faves any time of day.
Read more
Health

Want to change your workout routine in 2022, but don't know how to find personal trainers in metro Detroit? Here are some pros in Macomb, Oakland, Washtenaw and Wayne counties.
Read more
Guides

Looking to introduce your kids to this cultural event? This year, the Spring festival falls on Feb. 1, 2022, and there are many celebrations to enjoy.
Read more