International Academy of Macomb and the FIRST Championship

The International Academy of Macomb's robotics team is aiming to compete in the FIRST Championship robotics event in Detroit on April 24-27, 2019. 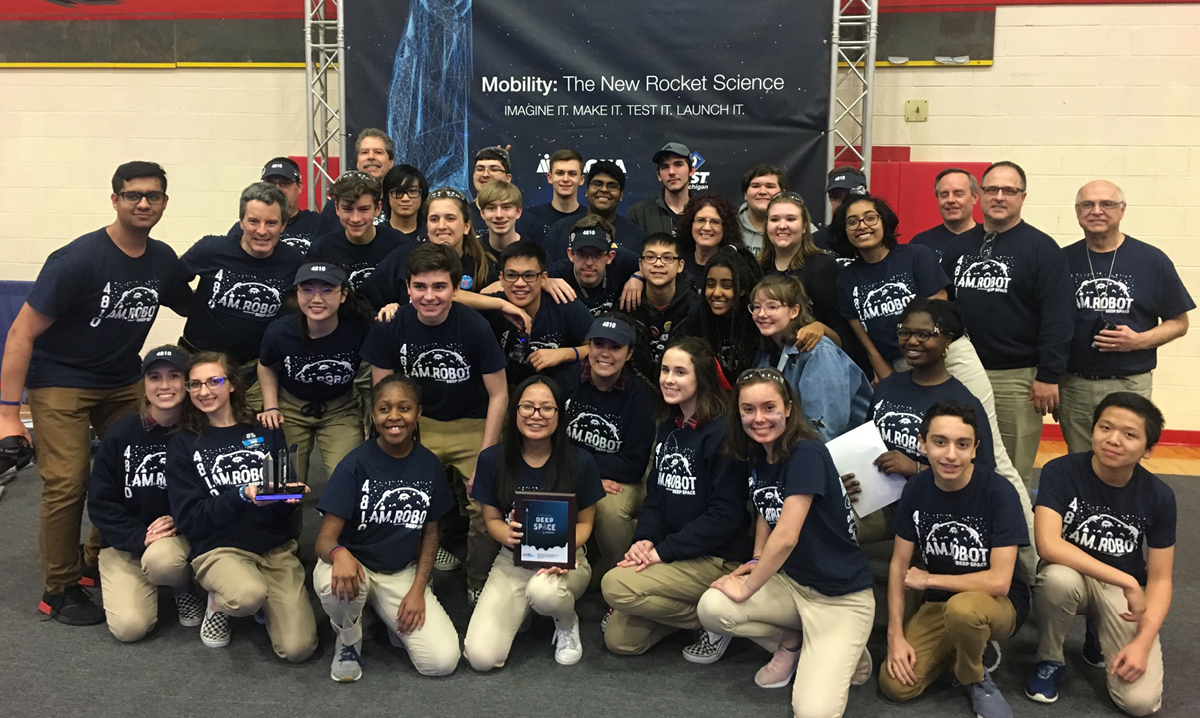 The team – which works together to fundraise for, design and build a robot to compete with fellow high schools in the area – is currently competing to make its way to the FIRST Championship, a world robotics competition that welcomes teams from around the globe to Detroit to compete at Cobo Hall from April 24 to 27, 2019.

Known as the “world’s largest celebration of STEM for students,” the FIRST Championship, which is presented by Qualcomm, brings together thousands of students in kindergarten through 12th grade – along with 1,300 robots – to participate in this annual robotics competition.

“Deep Space” is the 2019 theme. “The game is focused on this challenge that you have to complete in space by filling up cargo ships with dodge balls and then, at the end, climbing up ramps,” Bahm says.

In order to achieve these different tasks, the robot has to be very versatile, she says.

The team will be participating in several matches leading up to the FIRST Championship. There are 40 teams at each competition. During a match, there are six teams on the field, and it’s a three-on-three match, which means the teams are working with random teams.

“Before every match, I have to go to two of those teams and talk about strategy,” Sawicki says.

As business team captain, Bahm, age 18, is in charge of obtaining funds for the school’s robotics team, whether that is through fundraising events – such as an annual bowling event – or by making official pitches to local corporations.

“Most of our funds come from corporate sponsors, so we do presentations at companies,” she says. The practice has paid off for this high school senior.

“It really is preparing me, because I am actually going to Kettering University, (where) I will be majoring in their business program.”

As outreach captain, Sawicki organizes different events to give back to the community. And this competition season, she’s also working as the driver of the team’s robot.

“It’s difficult, because you have to stay very focused and there’s a lot going on at once. It’s like driving on the road,” she says. That means you have to be aware of your own robot but also keep an eye on the other action on the field.

For the last four years, these International Academy of Macomb students have been working hard on the school’s robotics team. And that hard work has helped pave their paths for the future. Both are attending Kettering University. While Bahm will be majoring in business, Sawicki plans to major in mechanical engineering and computer science.

“I think robotics has helped me find what I want to do in life,” Sawicki says.

For more information on the Macomb Intermediate School District, visit the MISD’s website.