More than 500 MISD students participated in the fourth annual Macomb County Student Diversity Summit on Nov. 27, 2018. Here's what they discovered. 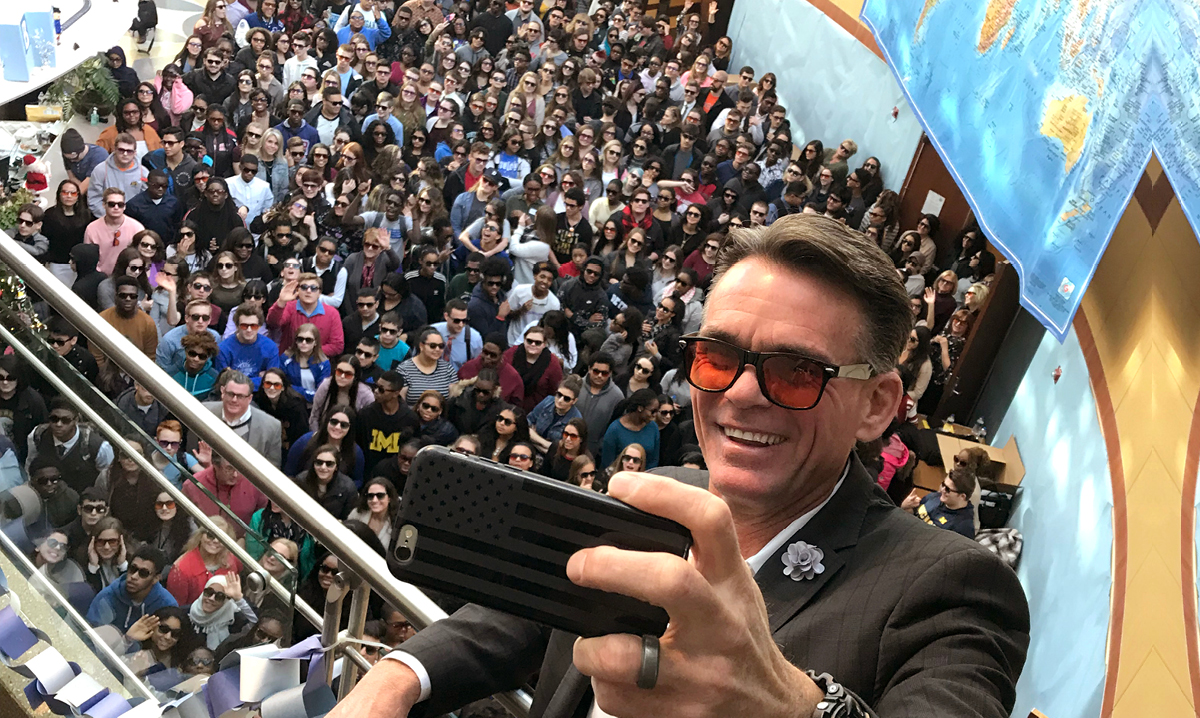 As the leader of his school’s diversity club, International Academy of Macomb student Yousif Askar, age 16, doesn’t shy away from discussing controversial topics.

“Many times, we talk about those sensitive topics that most people do not feel comfortable touching upon,” he says, including male privilege, sexual confrontations and school shootings.

While these conversations aren’t easy, they are so important for students. So, for the past four years, students just like Yousif have been invited to the Macomb County Student Diversity Summit, a collaboration among collaboration among OneMacomb (WeAreOneMacomb.org), Macomb Community College and the Macomb Intermediate School District that gives students the opportunity to share their perspectives on race, gender, sexual orientation and other cultural hot-button issues.

“There’s an environment where you’re able to talk about the most sensitive topics that you have without fearing it spreading,” Yousif says. “You can talk about your personal stories that you would not feel comfortable telling other people about.”

Back in 2012, a report highlighted a diversity shift in Macomb County. “At that point, Macomb County and the executive office wanted to make sure we embraced those changes,” says Pamela Lavers, the deputy county executive.

That’s when the OneMacomb Initiative, which promotes multiculturalism and inclusion in the community, began.

Around the same time, Michele VanDeKerkhove, the executive administrator of elementary curriculum and schools for Utica Community Schools, says the district was working to address its changing demographics.

“We really wanted to be more proactive, so we began embarking on a journey in cultural proficiency,” says VanDeKerkhove, who trains presenters prior to the summit. “We have a district committee for the cultural proficiency who work in our district, so that was all happening when, at the same time, our superintendent of schools – along with the ISD, One Macomb, and Macomb Community College as a county – started also working on cultural diversity.”

And in 2015, One Macomb, Macomb Community College and the Macomb Intermediate School District joined forces to host the first-ever Macomb County Student Diversity Summit to bring that model of community acceptance, awareness and inclusiveness to schools.

More than 500 students – mostly high schoolers and some middle schoolers – were in attendance during this year’s summit, which took place on Nov. 27, 2018. It kicked off with breakfast and a connector activity, which acts as an ice breaker for students.

All students participated in the “Keeping it 100” session, which addressed six different ways people respond to those who are culturally different from them.

In addition, the Detroit Institute of Arts offered a unique session known as Understanding Each Other Through Art. “They help students connect with difficult subject matter through art,” Lavers says. “The kids just love this other way to connect with people and the subject matter.”

Story circles also allowed for small group interaction and gave students the chance to share their personal stories. Four young adults shared their experiences as refugees during the refugee panel, too, and some participated in an LGBTQ discussion, which was new this year.

“It really provides students an opportunity to connect with people who are different from themselves and leave with a better understanding of cultures in Macomb County,” Lavers says. “We really hope they become advocates for lifelong learning in diversity and inclusion.”

While it’s one thing to talk about the issues and share different perspective, it’s another thing to take action, Yousif says. And taking action, it turns out, was his favorite part of the entire day. Students worked with administrators to come up with action plans to implement at their schools.

“Our hope is they take that information, because they are our leaders for the future, so they can work with their building leadership and work collaboratively to put an action plan in place,” VanDeKerkhove says.

To learn more about the MISD, visit the Macomb Intermediate School District’s website.

To get additional details about Macomb County’s OneMacomb Initiative, visit the WeAreOneMacomb.org website.