This disciplinary practice helps students understand the consequences of their actions. Here Roeper Middle School Director, Brian Corley, delves deeper into it and explains how it benefits his students. 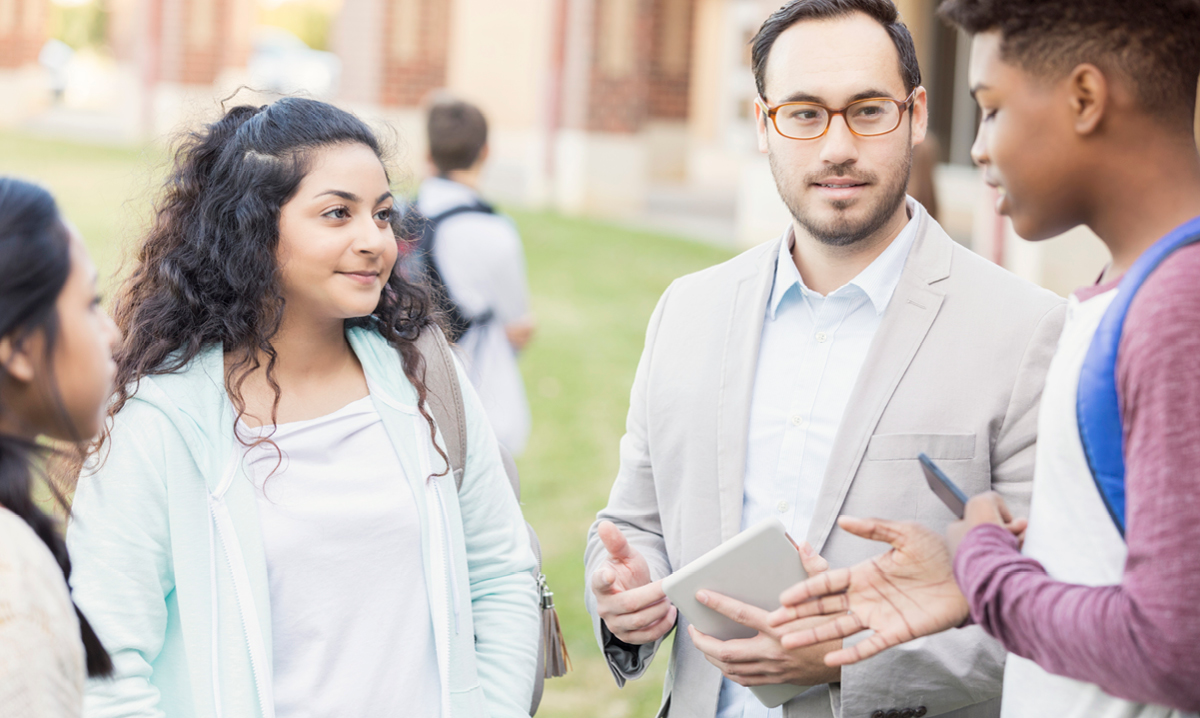 Do you remember your school’s disciplinary practices? It probably involved repetitive writing of something along the lines of “I will not tell mean jokes” or, for an infraction a bit more serious, something such as an after-school detention. But, do you remember how much you learned from it?

Chances are, probably not much.

Sure, writing lines and after-school detention are both boring and rob kids of an afternoon of fun, which may curb the negative behavior, but when it comes to actually teaching kids why they shouldn’t act a certain way, it pretty much falls flat.

That’s why The Roeper School, with locations in Bloomfield Hills and Birmingham, incorporates restorative justice methods when addressing student conflict.

“Restorative justice focuses on whole child development,” says Brian Corley, the Middle School Director for The Roeper School. “When a student demonstrates some sort of behavior that breaks community guidelines or norms, it helps them to recognize the impact of their actions through communication.”

There are a few variations of restorative justice and there is formal training available for schools that would like to adopt it. That said, The Roeper School has put its own twist on the practice and utilizes a several-step process when it comes to their form of student discipline.

When a Roeper student acts out or engages in a behavior that is disruptive, harmful or hurtful to others, they must write down the intention of their action.

At the same time, individuals harmed by the action write down how they were impacted by said action.

Then, the students, parents and bystanders come together in a restorative circle with an unbiased adult facilitator who asks questions and leads a discussion on the impact that the action had.

“Typically at this age kids will blame (their actions) on someone else and not take ownership,” Corley explains. “In the restorative circle, you have to sit in it and it’s very uncomfortable because there’s no place to hide. It’s not about humiliation but you do have to sit down and be accountable to members of the community.”

In addition to helping the perpetrator of the harmful action really understand what they’ve done, it also allows those harmed to have a voice and get their feelings out in the open.

“Everyone answers the question and everyone shares how the (action) landed on them and the impact it had,” Corley says. “Victims bring up stories and the perpetrators are often like ‘oh my, I had no clue that this joke of mine made you think of this traumatic experience.'”

There are oftentimes a lot of tears on the part of both the victims and the perpetrators but the final response almost every time, according to Corley, is not only an apology but a promise from the perpetrator to think more critically about how they represent themselves and how they speak to others.

“It instantly matures them just a bit,” he adds.

And since there’s no retaliation that comes from this practice, when an apology is given both parties can move on and the perpetrator has a clean slate to try to do better, which Corley says makes the Roeper community stronger.

“People have to relive some trauma and they have to relive that moment in front of other people. In doing so, they learn that they have an internal strength that they didn’t know existed within. It’s a really authentic process,” Corley says. “It takes a long time to complete the process, but we find it to be beneficial in terms of building a strong community.”

For more information, visit The Roeper School online at roeper.org.