These top picks for children and teens for Banned Books Week - happening Sept. 30-Oct. 6, 2012 - carry lots of lessons in life and imagination. 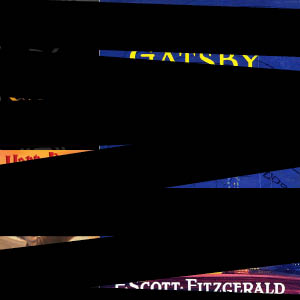 Some famous classic books, modern-day fiction novels and adventure stories land themselves on frequently challenged and banned books lists year after year. Yet these tomes still line our personal bookshelves – and many are used in southeast Michigan English and literature classrooms. So why do we still read them? Are they all “bad?”

“People want to read them for a variety of different reasons,” says Jody Wolak, the children and teen librarian at Wayne Public Library.

“Some books that are often banned or challenged are some books that tell really imaginative stories that challenge the reader,” she says, or they “encourage them to think about the world in a different way.”

So join in the “forbidden” fun for the 30th anniversary of Banned Books Week by reading one of these frequently banned and challenged books with your young reader.

Note: As always, parents should use their own judgment when allowing their kids to read challenged or banned books. Wolak suggests that if parents have concerns about a book, they should read it themselves – and then use it to open up discussions with their kids about its more controversial moments or their personal concerns.

This magical seven-book children’s series about the young wizard Harry Potter has made an appearance on the American Library Association’s top banned and challenged books for nearly two decades, taking the No. 1 spot for 2000-2009.

Why kids should read it: The series sparks imagination, has positive messages about friendship and is about good versus evil. It also deals with everyday issues like homework, dating and bullying.

2. Bridge to Terabithia by Katherine Paterson

Why kids should read it: The book revolves around the importance of friendship and learning to make friends. It sends a positive message about overcoming life’s difficulties – such as being bullied – by making new friends. It promotes imagination and, in the end, teaches kids about overcoming and coping with loss.

3. Are You There God? It’s Me, Margaret. by Judy Blume

From periods and learning to kiss to training bras, sixth-grade Margaret discusses her major life changes, and often directs the discussion to God. It made the ALA’s top-100 most challenged and banned books list during the 1990s and the early 2000s.

Why kids should read it: The book can be a teaching tool to show young girls about bodily changes and social changes they’re starting to experience in the sixth grade.

Suggested reader age group: 10-12+ years old because of the book’s focus on the life of a sixth-grade girl.

The adventure series set in a dystopian world revolves around a teenage girl who must battle other teens to the death in a required, nationwide competition. This series has been on the ALA’s top-10 most challenged books list in 2010 and 2011.

Why kids should read it: Katniss – the book’s main character – leads a revolution to try to create a fair and happy world. It has positive messages about taking care of family, defending friends and is an imaginative page-turner.

5. To Kill a Mockingbird by Harper Lee

This classic, Pulitzer Prize-winning novel is set in the 1930s and told by a child named Scout Finch, whose father is defending a black man in trial in the then-racist South. It’s been listed on the ALA’s top-100 banned or challenged book lists for two decades.

Why kids should read it: This book shows the innocence of a young child who learns lessons about acceptance and tolerance. It’s a good teaching tool, as kids can read it and learn about the wrongness of discrimination.

Suggested reader age group: 12+ years old. The trial in the book revolves around a rape, and offensive language is used throughout it.

6. Lord of the Flies by William Golding

A group of young, school-age boys are abandoned on an island with no adults and no rules. Yet another classic novel to find itself on the ALA’s challenged or banned books list.

Why kids should read it: It’s about survival – and what choices it forces humans to make. Some boys choose to follow the rules of society without rules, and others go savage. It’s a lesson in human good versus evil.

Suggested reader age group: 12+ years old because of the violence in the book.

A book about a group of farm animals that run their own daily lives on the farm after they kick the controlling farm owner off the land. The book is often read as an allegory of dictatorship, and is on the ALA’s list of challenged or banned classics.

Reasons it’s been challenged: For its political theories.

Why kids should read it: The book was written just before World War II, and is often read as an allegory for the Russian Revolution. For this reason, the book can be educational.

8. Of Mice and Men by John Steinbeck

George and Lennie – a mentally disabled man – take off on a journey to make money working on ranches during the Great Depression, hoping to someday have a farm of their own. Of Mice and Men ranked six on the top-100 banned or challenged books of the 1990s, and was No. 5 from 2000-09.

Why kids should read it: There are positive messages about the strength of friendship during difficult times and the importance of being loyal to friends. It can be used teach the history of the Great Depression – and of economic hardship.

Suggested reader age group: 13+ years old. There is drinking, strong language and violence in the book.

Set during the American Jazz Age, The Great Gatsby focuses on romance and the life of the rich during the 1920s. It is also on the ALA’s list of classics that have been challenged or banned.

Why kids should read it: Although most of the books characters aren’t good people, readers can learn about life in the Jazz Age and Prohibition.

Suggested reader age group: 14-16+ years old. There is heavy drinking, some violence and references to sex. It is intended for a more mature audience, which is why if it is taught in school, it’s often taught in high schools.